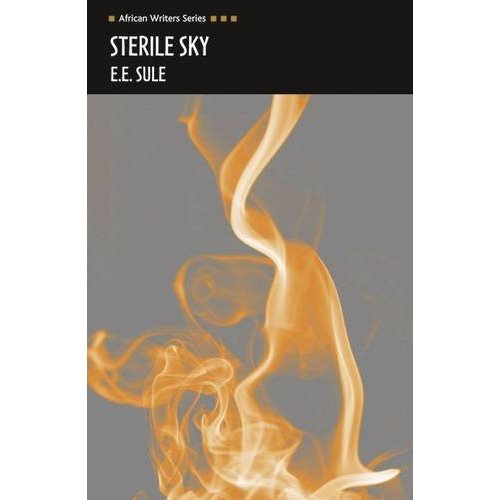 E.E. Sule has been in the news lately for condemning the “culture heroism” (apologies Ato Quayson) that over-exposed authors such as Chinua Achebe have enjoyed. Sule’s condemnation quite obviously has to be a challenge to himself. If he intends to topple entrenched literary heroes then he must be fully prepared to take their place. And in order to do so, he must simply write worthy books. 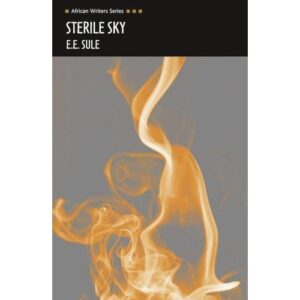 Sterile Sky, Sule’s first novel is an ambitious work that tells the definitive story of an important moment in Nigeria’s sociopolitical history.

For more than three decades, northern Nigerian cities have been plagued with the scourge of religious fundamentalism and strife in which human beings are repeatedly slaughtered by the dozen and sometimes in hundreds or more. Cities such as Sokoto, Maiduguri, Yola, Bauchi, Kaduna, Zaria, Jos, Katsina and of course Kano, the setting of the novel have all been ablaze periodically due to the chancre of religious violence.

Sterile Sky is about precocious Murtala and his family which unravels as the pressures of living in a highly volatile metropolis takes its toll. Murtala’s father works as a policeman and his mum is a petty trader. The novel begins on an ominous note. Refugees have sought protection in a police station as killers rampage through the city. A siege mentality is what the refugees are forced to endure. During this spate of violence, Ukpo, Murtala’s brother is butchered. So is Helen, his school mate. Their ghosts continually visit him in dreams and nightmares as the narrative progresses.

After the deaths of Ukpo and Helen, Murtala realises they were the closest individuals to him in the world and he never quite gets over the loss. His mother is even more devastated and subsequently embarks on a journey back to her village leaving only her husband and Murtala behind. Her words: “I should keep my children here and allow hawks to snatch them from me? All of them? My children shall not die. Go and look for a lorry to pack our belongs now!” (p.31). In the intervening period, Murtala’s intellectual curiosity blossoms. He learns about IMF structural adjustment policies that pulverised entire African communities including his own.

Meanwhile back in the village where his mother and other siblings re-locate things are not going too well. First of all, they have to contend with the hostility of the villagers who are suspicious of their arrival especially as they appear to have limited financial means. And then Murtala’s siblings start to fall ill. Their mother attributes the causes of their illness to witchcraft.

As suddenly as she had departed the dangerous city of Kano she returns licking her wounds. At this point, the real unraveling of the family commences. Her husband is fast becoming an alcoholic. Imatum, her fist daughter who had in fact returned to Kano earlier takes to the fast life, exploring the delights of the city and hanging out with men. Eventually, she falls pregnant and leaves the family. During child birth, she suffers a vesticovaginal fistula, a common occurrence among young girls in northern Nigeria. Incidentally, the man who impregnates her is a much older muslim while she is a Christian. This merely throws up the contributions about life and religion. It appears that religion rather than foster peace and stability only serves to fuel the embers of hate and intolerance. Ironically, Murtala’s mother is a staunch Christian and partakes consistently in religious fellowships as all around her the city is engulfed by violence instigated in the name of religion.

Murtala’s father’s alcoholism worsens and puts him and his family through all kinds of indignities. His performance at work also suffers. In the end, he loses his job but fails to reveal this to his wife who eventually finds out from external sources. The family never completely recovers from this latest onslaught.

Murtala’s mother had always perceived the city as a site of iniquity. But the village is also demonstrated to be filled with witchcraft and superstition. This re-inforces the feelings of siege the characters of the novel have to contend with at many levels. In other words, there is no escape from the ever-encroaching sense of violence, squalor and degradation.

E.E. Sule’s characters appear to be normal, forthright people caught in a web of senseless social implosion and postcolonial decadence. Indeed some of the violence is simply overwhelming: pregnant women are disemboweled and foetuses are strewn on flaming streets. Murtala and his numerous siblings are casually affected by the ever-present threat of death. The shadows of death are both local and global as George Bush’s confrontation with Saddam Hussein mirrors in a direct way the Christian/muslim tussle rending apart contemporary Nigeria. But it is the local dimensions of violence that particularly concern us here. After losing his job, Murtala’s father adds chronic weed smoking to his list of vices. He abandons his family and submerges himself in the underbelly of the city and his wife is left to shoulder all the burdens of raising the kids. Murtala, called “the rational one” by his mother assumes more or less the role of responsibility vacated by his absent father. This role requires not only an application his intellectual gifts but more importantly, the deployment of simple good old wisdom. Once again the failings of customary masculinity are demonstrated by the physical and psychological collapse of Murtala’ father while his mother on the other hand, is shown to be stronger and more resilient.

E.E. Sule has written not only an ambitious novel but also a very accomplished one. Sterile Sky is a fascinating account of the religious conflict in northern Nigeria and the myriad ways by which it destroys human lives.

Sanya Osha is the author of several books including Postethnophilosophy (2011) and Dust, Spittle and Wind (2011, An Underground Colony of Summer Bees (2012), On a Weather-beaten Couch (2015) among other publications. He currently resides in South Africa.

Love Is Not Found At Bus Stops: Fiction by Edwige-Renée Dro

Adejuwon Adeola Gbalajobi: Memory as An Allotrope of Pain