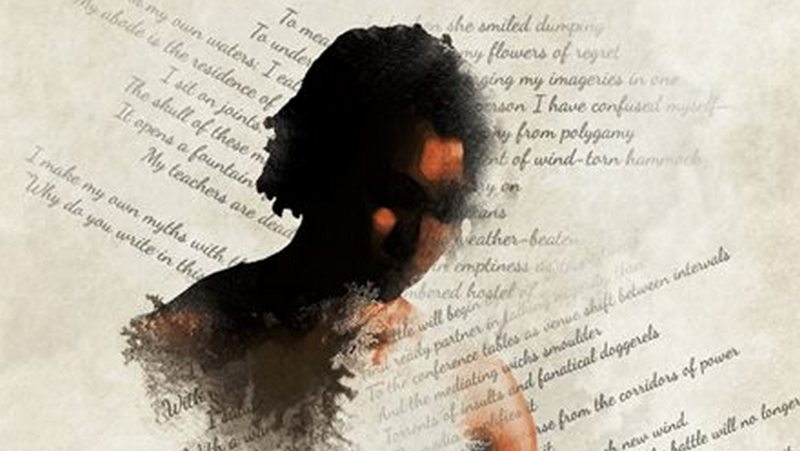 The functions of poetry cannot be taken out of the personalised quest and underlying exigencies of the poet. Every work of poetry, nay, art, works or should work within the conditions of the environment which originates it. And in this regards, therefore, poetry must function, serve and communicate ideas and concerns of genuine human proportion. It should be refined, genuine and concrete enough to stir the reader’s emotions. It should speak to the reader and command respect. This is what Servio Gbadamosi’s debut collection, A Tributary in Servitude, asserts.

To Gbadamosi, poetry serves two primary purposes: one is the aggregation and elevation of ideas or emotions, while the second is the amplification of poetry as a tool for the agitation of social justice. In other words, poetry could be used as a reactionary weapon against the corpulent idiosyncratic government in Nigeria, and also as a ladle to stir the people’s consciousness to the need for critical re-evaluation and revolution of the political and social justice system especially which favours the privilege over the less-privilege.

Wole Soyinka, in his introduction to that classical collage of some of Africa’s finest bards, Poems of Black Africa, posits on the complexity of poetry and the ideas of it; “the overlapping is obvious and frequent. What gives, for instances, the poems of Dennis Brutus their raw, passionate desperation is the fact that they are just as much poems about love as they are poems of indictment- a word I prefer to “protest”- against the brutish environment from which such emotions are painfully wrenched, that they speak of integral refuge and out defiance, hope and resolve, within one breath. Even when the poem emerges as essentially tender, its poignancy remains a yet more lacerating accusation.”

Gbadamosi’s poems revere themselves in the comfort of the above assertion. The opening poem to A tributary in Servitude, “Testament” speaks in volume of the multi-layered meanings of poetry, the persona speaks of the nature of self and humanity, and perhaps is engrossed in realising his place amongst the human race. He speaks melancholically of being aware of a deeper strength hidden in his biology. He is sometimes both dark and mysterious: stanzas six, seven and eight of the opening poem collaborates this assertion;

Tender as they are
For they are not a tourist’ attraction;
My witnesses are the castles of human trade

The woe-road to the courtyard of hell,
The thunder slammed on the Richter scale
And a legacy of black wailing sinister shadows.

The persona speaks of a lurking darkness and of a long endured frustration that must be overcome for justice to prevail. His frustration and resentment prominently registered in the middle of the poem, where he calls for the liberation of freedom from the enclaves of servitude;

To scratch a conscience of steel
till it yields its blood;
I’m weary of convenience seals-

The virulent thematic preoccupation of the work underscores the age of oppression and retrogressive social-economic system that continues to render the African continent underdeveloped in the face of unprecedented growth witnessed across the other continents of the world, which betrays the social-economic penury of the mind responsible for the continued poverty suffered by the masses, a thing which irks the conscience of the poet. Gbadamosi’s poems are laced with the “essentials of the metaphysics of African world.” Nigeria in the judgement of the poet is a house of slaves in perpetual servitude that needs redemption. A scenario not too different from the British 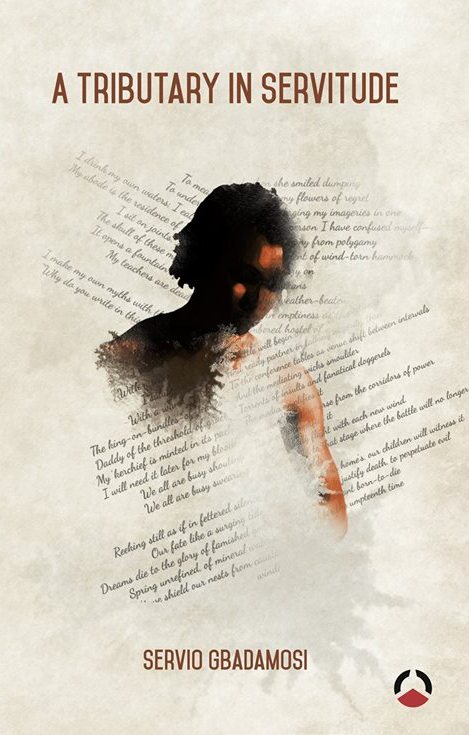 colonized nations, we see an environment akin to the one that pervades the new generation in a slightly different sense in that the oppressors this time are from the same lineage as the oppressed. It is therefore permissible to submit that A Tributary in Servitude operates under the same spell which inflamed the older generation. The influence, oracular opulence, rage, and aesthetics leaning of the poems in Gbadamosi’s work have a great semblance with those of Poems of Black Africa.

Gbadamosi’s work draws attention to itself on the basis of its artistic quality and appealing aesthetics. The assertion that true talent is lacking amongst Nigeria’s new poetic voices may as well be an opinion of the past, with a work like this. Gbadamosi’s poems come to life in fur. His poems exude a metaphysical cadence, which underscores the depth in thought and meaning, elevating to the celestial form abject matter. The feelings of anger, pain, frustration and concern about the dysfunctional polity occasioned by the years of miss-governance and deceit entrenched by the vices of corruption creates a theatre of amusement or absurdity for the philistine. His metaphors accentuate the ills and anomalies that have polluted the society and affected the psychic of the citizenry, who appear overwhelmed with hopelessness. His poems call for a collective revolt and a martyrdomic embrace to abate the drowning loss of hope in the land.

In long mournful lyrical verses, he bares his emotions. A poem in reference is “Prelude to Tears” in which the persona laments the pitiable condition of living. His pessimism is well registered on the reader’s mind, enjoining the reader to share in the sorrowful reverie of the persona. The poet uses the pronoun “we” to buttress the communality of the woes he mourns. Hear him;

Dreams die to the glory of famished gods
Spring unrefined, of mineral waters,
Can’t we shield our nests from caustic winds?

The persona prods our consciences and charges us to awaken from our slumber, to seize our own destinies and pilot our affairs. In stanza three quoted above, the persona derides our cowardice, heightened with a paradoxical question- “Can’t we shield our nests from caustic winds?” he asks us. As if to convince us of our folly, he urges us to look deeper than we appear to be looking in stanza five of the same poem;

If you examine the stories
And force them through a sieve
You will see like I see-
The pot was leaking before it broke.

The persona’s resolve is to force on to our consciousness the lies that confine us to creeks of reasoning, by baring our shame before our very eyes. Hear him inform us in stanza six;

The persona satirises how we provide entertainment for the thieves who destroy our lives. The hopelessness that overwhelms us is a deep concern in the collection as one poem after another speaks of the travails encumbering the growth and well-being of the populace. In the poem, “Black Orchestra” we find the persona in a different mood battling with the same issues as in the earlier piece analysed here. The persona in this piece is perhaps tired of wailing so he resigns himself to fate, although it carries the same cadence of frustration. He speaks more directly about his land already lost to wolves and forecasts a greater doom, if the complacent silence continues. He wears the wreath of a prophet in this instance;

The land, my land is wet with mourning
The stench of death imprinted on her
Breast with each passing foot.

The battle will begin again in splintered sects
Find ready partners in parrots, then to
Conference tables as venues shift and
The mediating wicks smoulder…

It will get to the stage where the
Battle will no longer be of the fields-
It will become our homes;
Our children will witness it as

Men gather to justify death,
To perpetuate evil,
As the recalcitrant born-to-die
Is buried for the umpteenth time.

The persona’s decisive resignation to fate is heart-rending and is found in the fifteenth stanza of the above poem. It is a declaration of the end of things on earth or perhaps of his troubles. He declares;

The Orchestra of war is fat,
Fouling the air with tunes of the abyss
Remind me O father, to reclaim my bride-
Wealth from the continent that kills its own.

Conclusively, Gbadamosi maintains a balanced and unique style of artistic depth that captivates and stirs the mind of the reader. Although, the overall diction in the collection is quite accessible to the mature reader, the immature reader may consider the poems to be esoteric. Above all, the collection is a worthy contribution to the literary space.

The Writer and the Global Frontier

Music on the Radio: Poems by Chika Unigwe