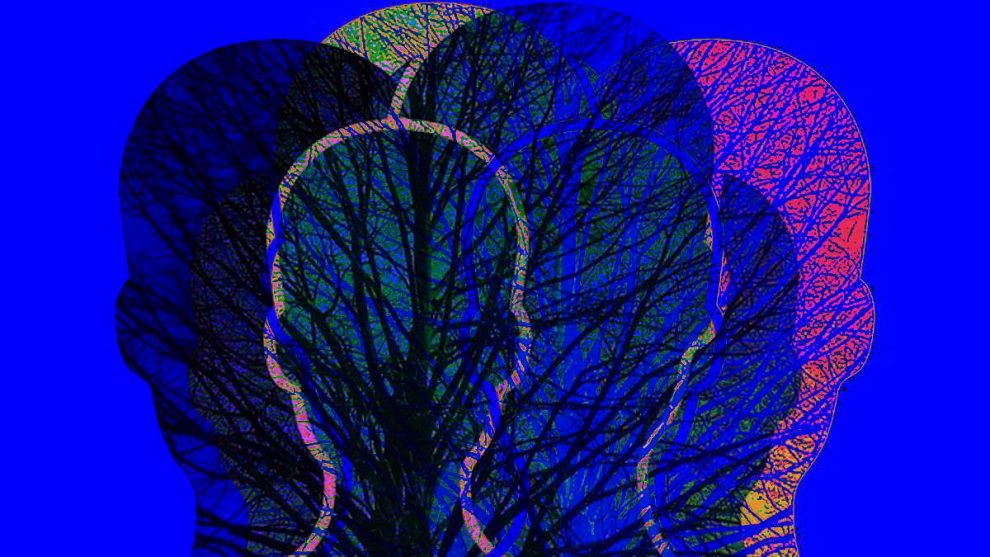 You met him on a Tuesday, in that restaurant by the secretariat, the one you hated, the one where the toothpicks were never sharp and if you sat too hard on the bench, your petite ass would greet concrete. You were there that day for a lack of choice. Your preferred spots were locked; victims of the community boys who went round demanding ever-increasing levies from businesses in the area, levies that had bizarre names. ‘Road-pass levy’, ‘community patrol dues’, like something an overfed drunk came up with. Any shop that wasn’t forthcoming with their demands in the frequency and eagerness they desired was vandalized, its owners harassed until they closed shop.

You met him in a blue shirt, striped and impeccably starched. You love blue, masculine shirts. You have a few in your wardrobe that you wear on those days when you want to feel like a girlfriend who stole her partner’s clothes. You wear them oversized, sleeves folded with nothing else beneath, holding a coffee mug and staring at your laptop screen. It is one of those times when you stubbornly imagine a man in your kitchen, rummaging for nothing important, his male smell infecting your utensils and only minutes away from strolling in and gingerly grabbing your breasts from behind.

You admired his shirt and not his face. Didn’t even see it. You wondered what a shirt that clean was doing in a place like that, buying food like that. It was not usual and it took a considerable portion of your shame away. It was a sort of camaraderie in strange places. You wanted to ask him questions, about his shirt. And the inordinate way it blended with the blue of the restaurant’s walls – you found this particularly sacrilegious. You wanted to stare long enough at the tight fit of his arms until you were considered perverse. But instead you paid for your food and left.

When you’re not buying male shirts that aren’t your size, you’re writing horror stories about bald men and killing them in it. Like the one you wrote about a guy named Lopez. In it, you were both at an orgy-tinged house party organized by your friend Chika somewhere at the south-end of Lagos. You were both half-naked and you were asking him, for the thousandth time since you both started dating, why exactly his parents had named him Lopez. What did they lose, as a spread-eagled couple, that infected them with a resolve to give their son a foreign name? The drugs were just hitting at that point, everything a dazzling blur, reality making sense in unique ways and the only thing you could focus on was the outline of his dick against his jeans. The room had blue lights in it and there was a portrait of a naked woman holding a child on the wall in the far corner. Lopez tried answering your question, his lips moving quickly but his words made no sense so you held his head in your arms, told him to not worry about a thing and to take another swig of the alcohol-filled glass on the side table and one of the pills beside it. You would later watch him overdose in one of the bedrooms, laughing wickedly as he gasped for air, his bald head colliding with every furniture in the room until the only sound present was your intermittent chuckle. When the police came, they met you crying – a victim.

It was a story you wrote on a Sunday, because your best stories were written on weekends. How eerily similar it was to the truth. This you never realized until Chika called you one Saturday morning, bored noises scattered in the background, and told you she had read your story on Praxis. It was strange – the tone she used, the conspiratorial whisper, your slow descent from shock to patent realization – because you knew you had sent in that story with a fake name.

You met him again in the middle of a meal. This time, his sleeves were folded back two rolls revealing dark male hair, strong hands, hands resting against a tarpaulin-covered table, hands you immediately imagined in places in and around you. You sat opposite him and asked his name. He looked at you, his bald head rising to reflect the minute sunlight coming through the window, something like meat in his mouth. Chewing paused, he was startled at the sound of your voice like you were an apparition come to take his life. Then he swallowed – a little too hurriedly – and said “Vincent”.

You like to imagine things, create worlds – both plausible and foolish – in the smalls of your mind. You do this with everyone but they are particularly potent with the men you fall in love with. Like Bode. The first time you met him, he had a cigarette in his hand, thick smoke framing his delicate features. You looked at him and imagined him at the edge of your bed, freshly exhausted from yet another round of love-making. And he was smoking. You imagined that he stood up and made for the bathroom to wash away from his body the remnants of sex. You imagined yourself at the door, blocking his exit, offering to do away with those things in the way you knew how. You imagined the day you broke up, the proper anguish of his face, the visible restraint, the almost successful arguments you knew were raging in his head, trying to convince him to launch into yet another fruitless plea for you to make it all work. Somehow. The kinky chuckle escaping your lips before you shut his car door and left his life forever. This – all of this imagining – was before you both had shared your first words.

People die in your head.

It has always been easy for you to leave. When love comes – in the shape of the myriad of men who fall in love with the curve of your ass and tell you about it the first chance they get – you give it caveats. You create a cul-de-sac around which your affection for every man navigates. Beyond which they never transcend. No matter how hard they try. It is an act of uncanny redemption. Because they do everything – in the bland abundance of people offering something nobody else wants – to show how much they deserve to stay, to give you a dozen more kisses for a dozen more days.  And you do everything to show them why they are a clog in your wheel.

Vincent, however, knew how to love you. He paid attention. Said the right things. Bought the right things. Like the blue and purple magic fountain he bought from the antique shop by his office and placed by your TV stand. It had the shape of a vulva that constantly sprung water into a cupped, slightly calloused hand. There were garish lights beneath the vulva that constantly flashed in every direction. He bought it on one of those days when you were angry with the world. It wasn’t your birthday but Vincent did not need an occasion to buy you things. Even his anger was pure, excitingly frightening, refusing to hold back or be held back; the exact way you like it. One time, he got so angry, so furious at something thoroughly deserving you had done, he broke everything in your sitting room except the fountain. And there you were, in the corner, chamomile tea in your cup, staring intently at him and giggling. It was profoundly stimulating, that something you did could make anyone that mad.

Every day, you stared at that fountain and wondered how he knew. You had grown up by the popular fountain roundabout on Adirie Road. All of your favorite memories had that fountain in it. Your worst too. Vincent loved you. In all the right ways. When you made love, it was total, without a thought for anything but the components of his body and how you could reach them all. You loved the cap of his dick. You gave as much as you received.

But your mind is doing what it does. It is imagining an end to even this. This one time you want nothing to end. Not the mornings with their bad breath kisses and moist quickies before work. Not the afternoons when you steal out to share lunch with him in that restaurant. Or the evenings. And nights. When everything happens. For the first time in your miserable life, you want to live forever. But in the small of your head, Vincent is dead. Vincent, with his gifts, and rage and precise dick cap, is dead.

Anthony Madukwe is a lawyer who loves food - a lot. His work has appeared on Afreada, Brittle Paper, Kalahari Review, Dwartz, Random Thoughts amongst others.

A Leopard is not a Good Hunting Companion: A Poem

A Celebration of Zaynab Alkali’s ‘The Descendants’

Behind The Dust: A Story by Jude Ifeme

Marial Awendit
We use cookies to ensure that we give you the best experience on our website. If you continue to use this site we will assume that you are okay with it.Ok