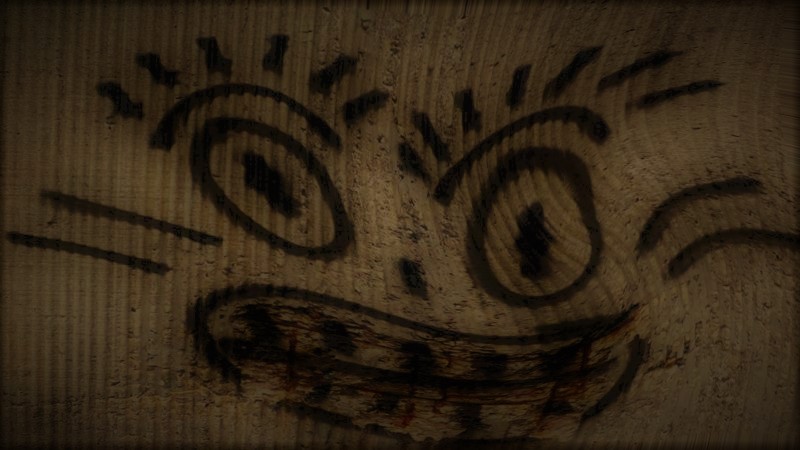 The first rule about being a good cook, Nneka taught her girls, was that one had to be one with the salt. ‘This oneness’ – she would say, smacking her lips as she licked soup from the back of the ladle she had been using to stir the soup she was making – ‘will keep you in tune with even the tiniest detail in the pot, such that the ideal quantity of salt to add would already be at your finger tips’.

‘Those people that measure the amount of salt to put in meal’ – she would scoff, referring to the numerous cooking shows – ‘do not know the first thing about cooking’. She would then finish, closing the pot with a definite bang and then, her sermon would end.

Eziama smiled now as she stirred the porridge, from the left to the right, then through the opposite direction again. It was mid-morning and the light from the sun gleamed off the counter tops.

‘That’s enough!’ a voice said from behind the kitchen door.

‘What?’ Eziama’s hand was poised over the salt dish, ready to add more salt to the porridge.

‘That quantity you added is enough!’

She hesitated, her hand beaming with sweat from the food vapour. Then, she sighed and set it down.

Eziama stole a glance at her mother, who stood idly at the door, humming something that sounded like:

It’s okay, and yes I am hopeful for today

Let this music and you know,

Let it take you away

And be hopeful, hopeful and he will make a way

I know it and he is able, it’s okay, just be hopeful

It’s okay, yes I am hopeful for today

Her mother wore a flowing boubou and a startling red scarf, fanning out lazily, like it had been tied in a hurry. Her lips turned up at the corners like some lid that had been used so often that it didn’t quite fit. Her face was pale, like it had been scrubbed so hard that all the colour had disappeared leaving it like the backside of a turkey.

‘Set the table for four,’ she said, and she walked away from the kitchen. ‘We are having a guest’.

‘That is weird,’ Eziama thought.

That was true. For one, Nneka never said ‘guests’. Whenever they had a visitor – a male most likely, as Nneka had in recent times, run short of local gossips – Nneka would run into the girls’ room and enlist their help as she hastily made preparations for the visit, involving a lot of makeup and shaving ‘down there’. Also, they never fed the visitors. Nneka never let them stay long enough to warrant feeding them. But then, a lot of things about Nneka was weird; from the fact that she allowed her girls to call her Nneka, to the fact that she called them her ‘girls’, to the fact that she lived with them, alone, in a two bedroom flat off Boulevard Avenue, with no husband in sight anywhere.

Perhaps, the fact that she had quite a number of male friends was not quite as interesting as the fact that she and her girls – Eziama and Nnedi – would analyze each visitor that left, often giggling at the one that chewed his food like a goat, or how the other one tried to give Eziama the ‘eye’. Eziama, the elder one, fancied herself a budding actress and would often stage a play-by-play account of events, mimicking the gimmicks of the men and the trio would fall about laughing, not just at the antics of the men but also the rise and fall of Eziama’s voluptuous body.

They lived a contented sort of life until Samuel came along. He worked with Nneka in the bank as a teller. He was quite younger than her and perhaps, for the scandal as much as the fun, they had hooked up. The way he had flippantly waved his hands and remarked ‘Who cares?’ When she had observed that she was way older than he – had quickly started off the romance. ‘Such impishness!’ Nneka would say to the girls later, but the light in her eyes told them that there was something different about this one, and they all held their breath, hoping.

He had been caring as much as he had been funny. He had not even batted an eyelid when he got introduced to the family or tried to ask surreptitiously like some men were wont to do, whether Nneka had meant that the girls were her sisters.  It was Samuel who had consoled Nnedi when that horrible contestant had made a mess of Asa’s Subway on the X-Factor show and it was he who had sung along when Nnedi did a version that night, his rich alto a soothing calm to her throbbing soprano. He had even taken the time to sit through Eziama’s performances for her numerous try-outs and would remark that she had quite the talent, no matter how horrible she had sounded. He had become quite a fixture in the house and was almost considered a part of the family, almost, because three months later Nneka had returned home quite late on a Friday evening to tell them quietly that Samuel would no longer be coming around.

The girls had absorbed this news quietly; there had been no mischievous shouts of ‘good riddance’ or ‘about time’ from them. That night, Nneka had locked herself in the room and refused to come out, even the next day, and the next. The times she ventured out, she tied her lappas haphazardly and walked barefoot. The girls had been scared stiff and tip-toed around the house, not quite sure of what they were afraid of. It was an abnormality; Nneka’s relationships burned full and bright and then died; she had never broken down before.

That uncertain cloud had hung over the house, looming like an uncertain Ijele masquerade, until today when Nnedi had heard humming from the closed door of Nneka’s room.  She had promptly informed Eziama, and when the humming had been followed by sounds of the shower running, Eziama had decided to make her special porridge to celebrate the lifting of the siege.

They were half way into the meal, when Eziama asked Nneka about her visitor.

‘Is he not coming again’? She asked, innocently trying to ferret out whether it was a male visitor.

‘Oh, is he not here yet?’ Nneka looked puzzled.

The girls exchanged glances and Nnedi quietly answered in the negative. Gone were the times they would have teased her mercilessly, remarking how much of an old bird she was, incapable of keeping track of things in her head.

‘He will come,’ she said, shaking her head vigorously. Then she gave a small, guttural laugh. The girls were chilled to their bones.

‘Who is he?’ Nnedi asked, not quite letting go.

The next week the girls watched from their doorway as a car pulled away with Nneka in the back seat. As the car zoomed towards the home for the ‘unwired,’ Nneka was still sure ‘he’ was coming.

Chizoma Joshua loves the Lord, fried plantains, and his sisters; exactly in that order. He believes we can change the world, one written piece at a time. His work has been published on Expound magazine and africanwriter.com. He currently studies Law at a university in Nigeria

How to Break Up with a White Man: A Short Story by Rosie R.