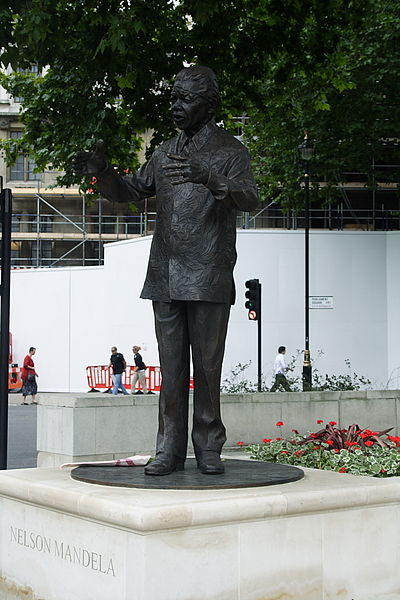 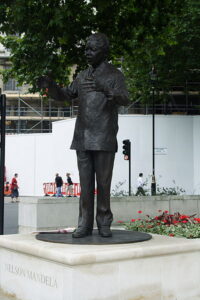 Mandela died on December 5th, 2013. The man, like Mohammed Ali, lived the life I want to live; the life where you spend yourself to achieve your intention not caring what’s on the other side of the counter. I never met him nor will I ever, but I take solace in the fact that Nelson Mandela and I shared time together.

One thing of interest to me however, is that Mandela is the receptacle of the praises meant for many people. This is said with every sense of appreciation of the man and in the absolute absence of bad faith. Before I go further, let me put it out that I observed the South Africa struggle not only from a distance (through media and hearsay) but also in retrospect. Nonetheless, I am still credible to have an attention worthy opinion because the basis of my opinion is facts that have become popularly objective. A fact such as Mandela was imprisoned for 27 years, during which he hardly had communication with the outside world. Another being that Mandela became more popular when he was imprisoned, so that it is safe to say that other people projected Mandela as the face of the anti-apartheid regime; this is in addition to the fact that Mandela was not the only one who fought apartheid on the scale that he did (there was Buthelezi) nor was he the only one who went to jail (others even paid the supreme price).

I have laid out this thought not to understate Mandela’s image or influence but to underscore the point that true greatness is given. Of course, the man would have a huge input in the story being told about him but he can in no way intend let alone control the scale to which his recognition can go.

To buttress this point is the factor of time. It is an objective principle that no one can control the circumstance of their birth. I believe that the fight against apartheid had gone on for many years before Mandela was born let alone before he came to fore. That the pressures that had been mounted against apartheid crested in Mandela’s time is not something a man can control after all the greatest pressure statement a man can make is to offer his life for a cause and many did before Mandela, many were even taken up on their offers, yet apartheid did not break. My point being, Mandela was blessed to be a representative of all that had gone down to bring apartheid to an end. I guess I am asking for an acknowledgement of the faceless many that died without recognition; their bodies and cries being the waves on which Mandela crested.

In all these, Mandela remains the noblest of men for he understood my angle. He knew that he was privileged and carried on thus. This in itself gave him more privileges and influence and the exchange went on till Mandela blew our minds and took our hearts. I believe he was and will always be the best bet for the cresting of the waves against apartheid. I can imagine no one who would have handled those circumstances like Mandela did; neither could the rest of the world, past and present. In essence, it was impossible until by Mandela, it was done.

The Dreams I Dream: Poems by Donny Kingsley Okoh

Water: A Story by Osadolor Osayande