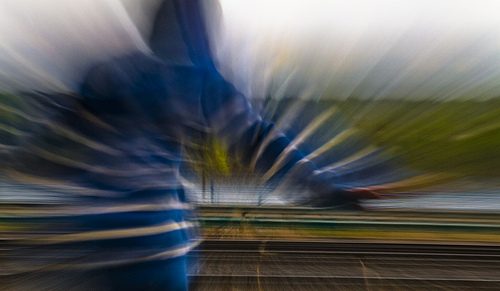 It is shining; it is moving very fast. But the essence of what it is does not change with space covered. It remains, for the only part of itself, a flow of truth from one light to another.

It is a hope that reality changes; it is a hope because what changes is the perception of truth as we grow – and change. Everything is in motion; it is relentless in defining itself, but the scope at which it sees itself defines its truth. Reality is one for we call it such. There are many realities in the face of motion, but we are not aware of them so we do not call them reality. It is still in motion with nothing within and outside itself to attest to its reality, but it thinks itself into realism and so we all conclude that it is. It is like the galloping of a horse that is. Need I say more that the moving fast of this chapter in the falling down of a sheet is not as green as we would think; but tentative because some think it is not happening, then and there? It is of time that is quietly moving past every inch of doubt to the physical universe that has seen itself into existence. It is there still.

But if one looks at the life of extremely advanced souls that we believe have attained the highest point of life; do they perceive the physical universe like we do? Do they see it as something physical or do they create their own field of demonstration into what they are and who they are? This I ask because I cannot maintain that I am walking on a flat or spherical earth. Is it a field I created or was it created for me? So believing that extremely advanced souls are magnificent in understanding and thought, they can still create a dissimilar field that has more challenges than the one that we consider appropriate in this planet. Whatever thoughts that I am having now are moving promptly and they are shining bright. Is it intelligence or pure talent that makes men what they are? I believe it is talent and subjects that they let cross the threshold of their minds.

There is always one question that keeps a talented man going further. It is central to him and the answer to that question is always different from the reflection he had had about it. It is not tangible; that is why he would have to cross streams, speck big mountains to find that answer. Ponder the rivers with clean waters that motion on and on to forever so that he can be one with a found answer. It is a luxury of gifted men. They always fight the hardest battles against themselves. The choice of questions that they let their minds full make them slaves and drive them to the edges of death; or life as it always becomes the case in the end. Only there is no end to talent but a series of sought truths in different rivers of the touching universe. It is a case of a single idea that is certainty of the creator of thought manifesting into truth. We see this truth moving bright and fast against the theme of its own attention about itself. It is then that talented men of our age conclude that it is cheering itself. Through the effects of life as is unrolling before me; everything is making sense, but it is coming with other questions that are more complex than original ones. I pray my soul to give me answers; run fast with these bright and get that light and bring it to me.

Time is moving, time is passing – very fast. I have made an acquaintance with truth; but I still feel like I can hold it forever. Now that I am in a phase of an attentive thought to the moving bright, I feel solid but uncomfortable with a chance occurrence of my soul demanding more of me. I feel, for the first time in my entire life, that I need to speck those mountains more and hold like a single roll, the universe with my hands. I want to be that light. I want to hold it and make it a part of my life forever. I want to dare the moving bright that I can move faster since I am light myself but I refuse to light my stand. I am light that is also moving, but not as fast as I’d like to.

Africa’s Elite and the Western Media

Bunmi Oyinsan: I Was Born A Feminist