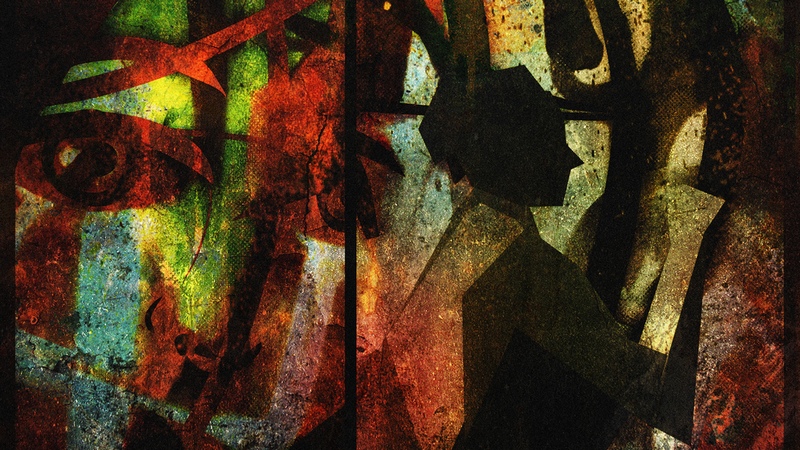 “Forgive me if what has seemed little to you, to me is all.” –Jose Saramago

The first time I watched a scene in October 1, that brilliant movie by Kunle Afolayan, where one of the characters vehemently made a remark that he was the one who constructed the Lokoja road but Awolowo and his cohorts were taking credit for it, I was surprised at the response of my body to that simple expression. It was like having your face drawn with a pencil in a fluffy paper without your knowledge and then finding it later in one of the German art exhibitions. I remember being touched by the invisible hands of abstract happiness that tickled my cheeks to an outburst of giggles. Later, I would write an unpublished story about a character who laughed at everything that had the name of his city in it, among other things, but had the story rejected over and again.

And when another character in that same movie –in a local bar, exchanging a jolly banter with his other friends –talked about the development of his village with such triumph that I imagined it mine, it opened another flux of in-depth satisfaction. The truth is this: I don’t know where all that was coming from; they were as strange to me as they may be to any one reading this. The character had talked about how other people, different tribes including the Ebiras, had come to reside in their village because of the fast development in the areas of farming. The Ebiras are a peculiar tribe commonly found in Lokoja. Okene is the hometown of the Ebiras, a locality in Kogi State.

I have watched few films where two things that equally matter to me and my writing are portrayed as something significant and worthy of mention in mid-sentences. To see them mentioned in a movie, which I have come to see as my best film, makes everything seem eternal. Indeed, it has awakened some strange feelings.

Growing up, I remember vividly that my uncle, who was writing his thesis at the time, would take me along with him to visit some historical places in Lokoja. During that period, we visited the colonial monuments erected in the heart of the city, the office of Tubman Goldie, the house of Lord Lugard, the cenotaph erected in honor of Nigerian and African men who fought in the First and Second World War, and many other places of significance. I would later know, as I grew older, that a great deal of the colonial history of Nigeria is wedged in Lokoja. The name ‘Nigeria’ was also coined in Lokoja, as Miss Flora Shaw, who was looking at the artistic beauty of the River Niger, got inspired by the splendour. I certainly can’t remember when I began to write, but it must have been at the time when I was aware of the artistic beauty around me.

I have never written about the long hills overlooking the city and the vast river occupying the west side of the confluence city. At the center of these two natural endowments is a city growing with men, women, children, culture, heritage, buildings, pets and love.

Many of my stories are inspired by this really beautiful city with multiple colours of people, smiling faces, diverse cultures and languages. All of these attributes adapting and affirming to the changes of time and season. My stories have been inspired by these rare natural spectacles, yet I have never actually written about them. Now, I wonder why.

And maybe this is why?

In my formative years, many of the books that shaped my appetite for words- for reading, precisely- were foreign books. Many years later, when I began to comprehend the beauty of African books, I came to realise that all the characters in all of these stories were somewhere else other than here, a sort of subconscious validation that there was no story worthy to be told here, no fascinating characters could be from here, and that elsewhere was better. As I began to write, all my stories had names like Elizabeth, Della, Joe and Jimmy. However, the names would later graduate to Babatunde, Ade, Ngozi, Onwuali, Chidi, Ikemefuna, etc, all names that my favourite authors had used. I believed that before a story could be good, it had to have these cool names. But this was a grave injustice to a city that had given me everything, hoping that I would tell its story someday. That I had not been able to uphold this trust over the years plagued me with irrepressible self-guilt.

I learnt the complex characters of life from this city. It taught me that life is a metaphor; that all characters in this blockbuster movie of life are shaped with time and season; that good people and good things would someday fade away; that life is not always a happy-ever-after kind of world; that bad people are not bad all the time; that good people are sometimes bad; that a corrupt politician might be a good father or a good husband; and that a highway robber could also be a good son.

One day, I will write about this city in flowery words, telling its fascinating stories, and using its beautiful names: Ugbede, Adavudi, Ohunene, Aguva, Otaru, Adieza, Shebe.

Something tells me that I am saving the best for the last, that the other stories I tell are a training-ground to perfect my narrative skills, so I can tell my city’s stories.

Basit Jamiu is a writer, poet, and sometimes a critic. His other publications can be found in literary magazines such as Kalahari Review, Brittle Paper, Magunga, TheNukan, Niche and others.

All of Me: Poems by Anne Axis