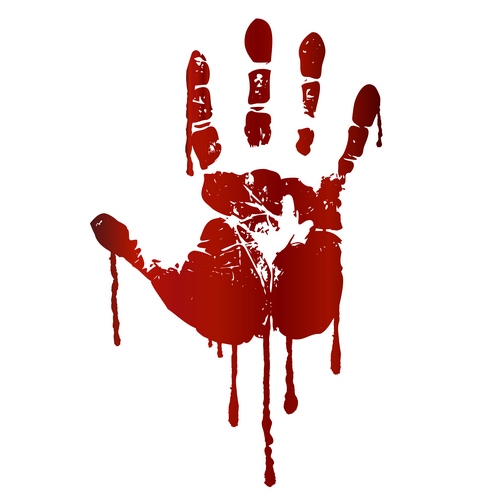 If only by scowling at the clock
he could make it cower into the wall,
till he heard its final cluck
(like an old hen surprised by a hawk)
of surrender to his iron will!

Or, failing that, make time mock
itself by racing backwards
till he was rock-ed again by the deafening
chants of his praise sung decades ago

when he was Messiah,
and his tears salted the earth
he fought to the death
to reclaim from settlers.

If only, by some ruse or reckoning,
he could recapture that time long lost:
the old cause whited out by the blinding
light of power, brothers who knew

that to love Zimbabwe
is to worship Mugabe!

If only God would lift his heavy hand
to stop the ticking clock
and grant that he alone may live
disenthralled from time!

How long had you known her?

All my life! We were born a month
apart, made sand-houses after rain
in mud-splattered frontyards,
raced each other half-naked
for the trophy of laughter.
We taught at the same school—
she, history, and I, literature.

You did not hate her?

No more than I hated myself.

So how could you halve her head with an axe?

I had listened all day to the radio.
Leaning on the broken banister of a big
house, staring blindly like an old beggar
at the midday sun—I tried
to give shape to the clamour
in the metal-box of my brain
and left my watch to hack at the lock.

You heard voices and went to kill
your friend and her children?

The night before we had talked in whispers
about the growing pestilence,
we brandished our friendship like amulets
and I bade her goodnight.
In the morning I saw a giant cockroach,
her offspring in tow. And knew
then what the radio had dinned for weeks,
why so many feet danced crazily in the streets.
I had to play my part in the cleansing.

It was that easy—no hesitation at all?

I was past doubt: leave that to Hamlet!
Besides, what does it take to end a life?
a swing of the arm and the hatchet’s in the head
a flash across the throat and a body tumbles
glowing cigarettes tossed at the doused house,
a vigilant mob at the gate . . .

But you look . . . normal—you could be my neighbour!
Tell us, not even the children could still your hand?

Without doubt, what good was I?
They stared like trapped mice
into my eyes with a look that stilled
my heart. Then I heard them
cry, “Uncle Pierre is here, he will save
us!” and heard myself scream
“Even you too—nothing
like the innocent for sacrifice!”

I promised to speak the truth:

How do you sleep and wake with the memory of it all?

By sleeping and waking sleeping and waking
and keeping wake for their unmourned corpses,
asking the clock: How many more minutes
have you left me?
I take the pulse of my heart’s auxiliary organ.
I listen every second for echoes of the dying words
that sealed my ears.
I dilate my pupils for the image of terror
nailed to the door of my mind.
I drain my daily cup of elation and grief
wondering when I will next betray myself.

But this is not the truth:

But this is not close to the truth:

The day bleeds to death
in an open grave, swells
with bloated bodies in the choked mouth of a red river.

I ask the clock: How many minutes before
the next genocide foretold—before
truth-seekers divine my heart?

She wore it on the outside
like an invisible veil of silk,
expertly, like the super-model she

could have been, beneath the
veil grief as a second skin of mail.

You could tell she mourned, though
she smiled and lit up the restaurant’s
farthest corner: by the half-instant

of eyes brightening with tears, the soft
quiver of a heart bracketed with the weight
what was taken away, what witnessed,

the frothing bodies, the burial,
the little coffins, the silence
of the night after they were all gone

the search for words
congealed in her bones.

I watched her—tray of steaming
lamb chops, curried couscous, flat
on her left hand raised just above her head—

and came to my “table for one”
with a basket of bread. I did not wish
to be served, only to talk to her:

I misheard her name twice
and that was my chance.

“Would you write it for me?” I tend-
ered the red serviette tucked in a goblet.
She switched the basket of bread

to her right hand and wrote
with her left in neat caps: NAWEL.

“Merci bien! And how might I
get to Blida-Joinville, where
that Martinican son of Algeria

mended the minds
of the many that went mad for freedom?”

“No,” she said, looking away
through the window. “Not safe
outside Algiers. Come back après la guerre.”

I ordered a glass of red, stared
at the serviette, at her name in black,
each letter perfectly shaped,

save the “E” its spine curved
like half of a mouth about to scream.

I praised her in my day-old travel
French, her beauty and her courage
beyond abjectives.

People caught in a homeland-trap:
to speak now in this weary language,
a language that was torn from its sleep in the Bible: dazzled,
it wobbles from mouth to mouth. In a language that once described
miracles and God, to say car, bomb, God.

As in Egypt, the angel of death
will know his own. He
will see the whiteness of my skin,
hear my blood calling to him
and pass over me—I mean, pass by me.
Here in the land of sand and olives, he
will listen to the old murmur of my bones
and still the chaos of his heart
encased in steel.

I had money to buy water
by the sand-filled well
but I was not prepared for Rafah
the poorest place in the world:
sniper-towers everywhere to stop stone-throwers
watchtowers stripping every street and backyard.
Ill-prepared for combat with an iron beast
children teaching me to greet in Arabic,
I fell sick from the doting love of the doomed.

I see the mighty beast roaring towards me
out of a sea of dust,
I smell the bitterest death in its breath,
I see the shroud of heaven closing fast on this house
where I have slept with babies,
poured tea with “strange men” who gave me peas.

I will prove to the broken father:
death is not a promise out of Israel
brought by the jawbone of an ass
the lethal sound of a horn
or the iron beast rolling to his house:
before my eyes make a hill of salt
I will teach the beast not to growl,
to unlearn his language
torn from its sleep in the Bible.

I know I have wandered too far.
But as in Egypt, death’s angel
will see me and know
I am a child of our father in Machpelah.
I stand in the open air
my bare feet burning in the afternoon sand
my hands raised, palms facing him
so he will suspect neither stone nor pithed olive,
and shout in the mother-tongue: Shalom! Shalom! Shalom!

But this machine was not made for peace!
I feel its fiery breath on my forehead.
Will my death be a joy to Jerusalem?

Ogaga Ifowodo is Assistant Professor at Texas State University, San Marcos. Trained originally as a lawyer, he is also a poet and author of three books of poetry, the last being The Oil Lamp. His poems have appeared in The Times Literary Supplement, The Massachusetts Review, Crazyhorse, and The Dalhousie Review, among others.

A Leopard is not a Good Hunting Companion: A Poem

As Silent as the Graveyard: Poems by Sokuma Theophilus