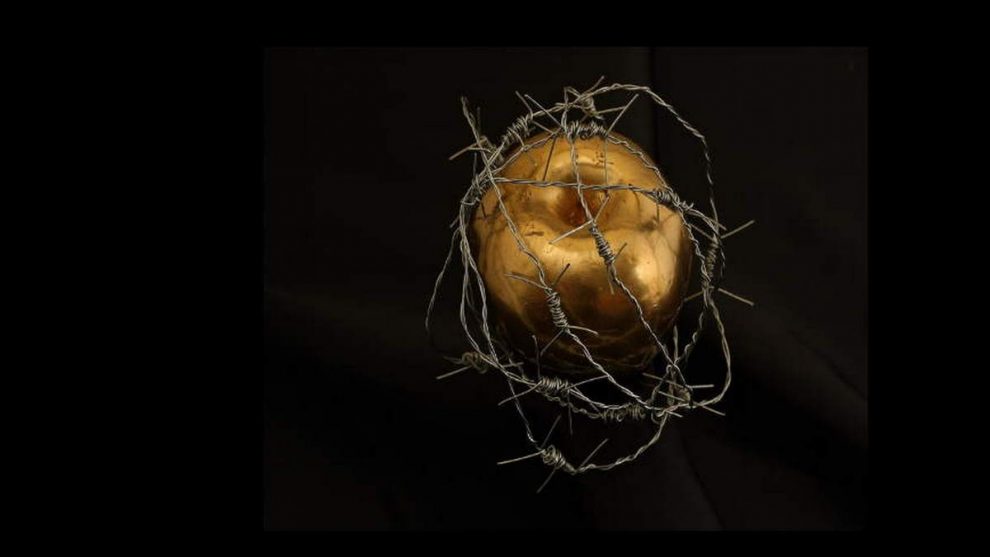 Having been surrounded by Christians and Christianity all my life, being non-christian, but not atheistic, has often been a puzzle to most people. In the end I got so tired of trying to explain why I never went to church that I have finally decided to put down my thoughts. This work is by no means intended to deride or ridicule those firm believers in Christianity (or any other religion) and all that it has stood for. This is intended for those people who have wondered, who have dared question, who have felt that institutionalized religion is not for them, who have doubts, who have minds less bound by tradition.

As with everything, there has to be a beginning. The fundamental principle of Christianity is that because of Adam and Eve, sin is introduced and that we are all headed for hell. Fortunately God sends his son who dies on our behalf so now hell is no longer the only destination. Heaven is there for those people who become followers of Christ and his principles. Of course all this information is based on the Bible, a collection of books that has all the information we need.

Unfortunately this book is rather open to interpretation. Whole churches and movements have been born out of a single person’s interpretation of this interesting book. It is also worth noting that what we have are translations and though I am no expert, but as a teacher of Language, I know that concepts existing in any language are not separate from the culture of the people who use that language and you tend to have very language-specific expressions that cannot be translated properly. Also it must be remembered that translators have certain audiences in mind when they set about translating written material. You just have to look at the versions of the bible that are around. This is particularly evident when dealing with idiomatic expressions and pragmatics. Please bear in mind that these are my thoughts, based on my interpretations, which may be like one of those six blind men who thought that they knew what an elephant was…

And God said, ‘Let there be light.’

I pondered this for quite some time and this was my interpretation:

I grew up believing God was an old white bearded man with a thunderous voice. Then I met some Brahma Kumaris that said to me that God was incorporeal. God is without a body is what that means. That makes sense. God is Spirit. Spirit, as I understand it, is without a body. After all what does the Bible say was God’s state before he said the famous words?

However, God can be said to have a mind, and indeed certain Literature has referred to God as the Over-Mind or Super-Mind. If that is the case then those words were not spoken but thought. Therefore we should re-write that part to say ‘And God thought, ‘Let there be Light’

When we look at it this way, then surely our entire perception changes? Let’s take the issue of being created in God’s image. What image is it we are talking about? It is certainly not the physical body.

Now another question comes to mind? If human beings are created in God’s image, then it would mean even the criminals, liars, thieves, etc., are a reflection of God. Now religion has given that God is perfect. Therefore, the criminals cannot be a reflection of who God is. Solution?  Create the fall of man.  Hence the Garden of Eden concept. Adam was made perfect and immortal but because he disobeyed God, he lost it all. Sin came into our perfect world. Death, disease, crime, etc., are explained away.

But what if for a minute, we say Adam had nothing to do with it. What if everything is as it should be?  For a detailed, simplified explanation, read the book “Conversations with God.”  I understand a Movie of it has just been made. However, I personally think it is simply a simplification of the Tao De Jing.

My focus is explaining why I am not a Christian despite being born and raised in a Christian Nation. Now here comes the crunch. I absolutely refuse the concept of Original Sin. If God is truly merciful, and is the epitome of Love then God cannot after all these thousands of years blame me for Adam’s sin. I was not there. What fairness is there in being condemned for something I did not commit? Now I do believe, and so do a lot of people out there that God is fair, otherwise God would not be God. If I were to be brutal I would say, I did not ask to be created. But I have been created. My duty is to make the most of that creation. By being true to myself, I am being true to God in whose image I am created. By being true, I refuse to pretend or believe something just because everyone believes it. My understanding of God means that I am free to have a relationship with God based on Love, and mutual trust and not fear of Hell or the anticipated reward of Heaven. If God does not like my stance, God is free to unmake me. Until then, I rest my case.

Oscar Mubila is a teacher of English and Drama resident in Lusaka, Zambia. He has written several short stories and essays which he mainly shows to friends.

Her Horseman’s Word: A Short Story by Bunmi Oyinsan

Joy Division Playing in the Background: Fiction by Abigail George

Just Another Vision of Winter: Poems by Abigail George