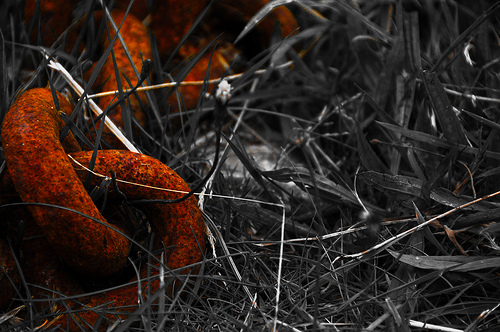 THERE IS SLAVERY IN MAURITANIA

Let us all go slowly and slowly to fight
In the Islamic city of Nouakchott
To demolish evil monuments of slavery
With our entire human might let us fight
With our blood, sweat and soul
Fight slavery the human vice in Mauritania
Free them all black slaves
Black moor, black Africans, Afro-Mauritanians,
From the shackles of slavery to white Berbers,
There are black slaves in Mauritania.

When a white Berber king dies
The journey before him is long and arduous
The journey to heaven is long indeed
He can’t go alone he needs a hand
Two live slaves are buried along with him
The slave master the white Berber
To provide hand and service to the master off to heaven
There are black slaves in Mauritania.

In the city of Nouakchott Muslims enslave Muslims
Against the holy law of Mohammed,
As long as they are black Africans and moors
Islam is neither fortress nor succor for them
Against the racist urge for enslavement
White Berbers the rich of Nouakchott
Enslave Black Muslim and half Black Muslim
There are black slaves in Mauritania.

Liberated slaves of Mauritania go back
In the sand dunes and dents of slavery
Teach your folks both master and slaves
The fruit of freedom from religious utopia
Tell the slaves to ignore the Quran and the Bible
For these are handmaids of slavery
Stupid bliss, blind faith, O! Archaic pusillanimity
there is black slaves in Mauritania.

Let the slaves read and teach others to read
Fanon Omar the son of Algeria
Walter Rodney son of Guyana
Aime Cesaire son of the North
Ousmane of Senegal the wood of Islam
Amilcar Cabral the verdant cape
Malcolm X and Paul Freire, pedagogy of slavery
Marcus Garvey and The black souls of W Dubois
There are black slaves in Mauritania

Waiting for the End: Speculative Fiction by Wesley Macheso

Titilayo Adeoye
We use cookies to ensure that we give you the best experience on our website. If you continue to use this site we will assume that you are okay with it.Ok