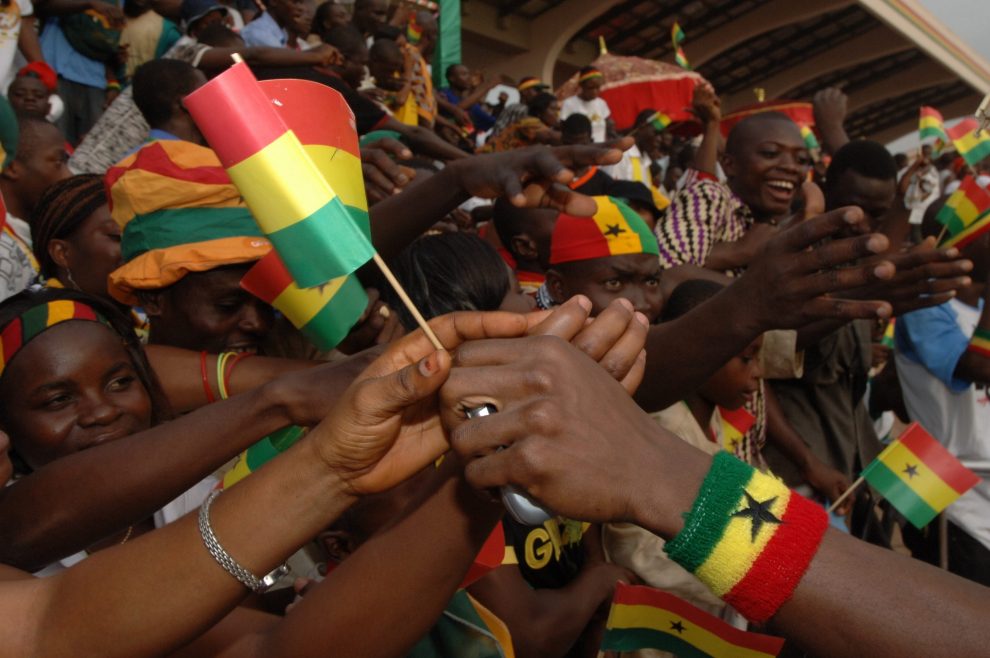 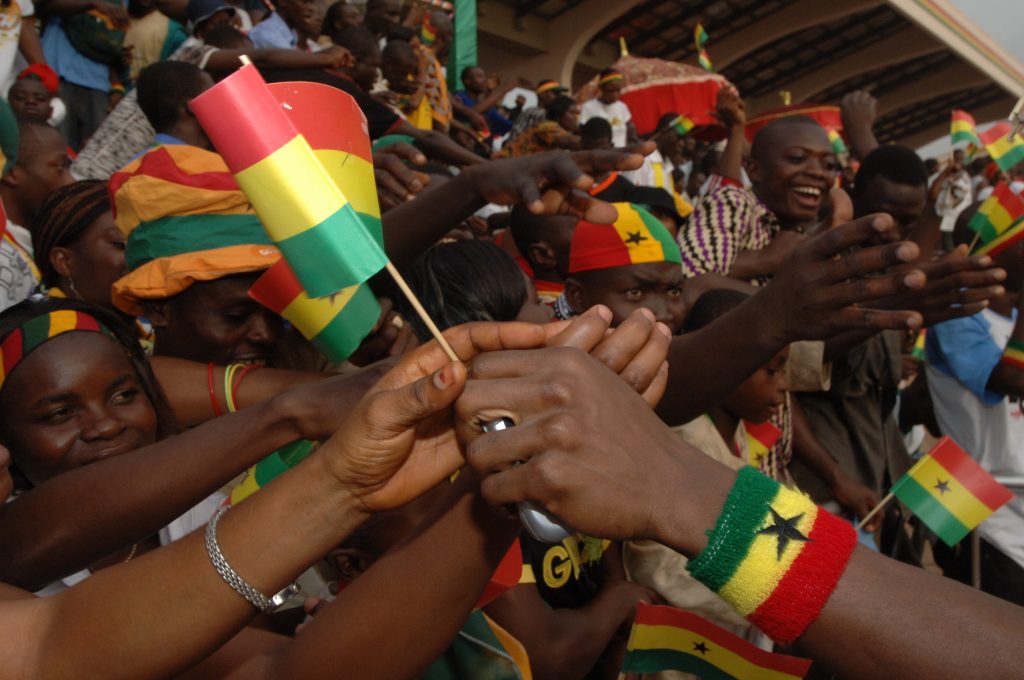 Before the Bella Roma, Accra, we strayed to ‘The Container’ outdoor hotspot, (much like the Anthill Nsukka), where on asking, some white plastic chairs appeared as if from nowhere. The resilient steaming heat had us embalmed in the vestry of some loud music that bellowed from pretentious loud speakers. Then over the height of the music I asked John Ablorh what dance that was he was doing with the lady adorned in snug fitting Ankara cloth. Azonto, he bellowed with relish. Amas!! they are doing the Azonto!! That is the new song by the footballer Asamoah Gyan.

The moves were splendid and creative, like in a dual translation to the sweet sounding lyrics in Fante or Ewe which were lost on me. The beat replicated/stylised the Calypso of the Caribbean with a semblance to the now internationalised Nigerian Hip-hop. It was electric with my eye balls peeled on the sights and sounds of Accra. I jolted – the Suya was here. I opted for a Guinness from the Achimota breweries with coke and John went for his usual. The beer is served chilled, and the name-tagged Angelina asked if she should uncock the green labelled Club Beer. Chijioke Igwe had, I think, another Club beer with his eyes on the juicy chicken Suya kebab sticks that lay on the plate as if in justified pride. They looked dressed up for a party with bits of the pierced chicken looking like ear-ringed Azonto dancers.

The cool air arrived from the Labadi beach with a gentle constitution. Behind us the dance had reached a frenzy, much like a friendly wrestling duel, as the lady swivelled with hands gesticulating in and out of the body, her legs with a brain of their own. The gentleman bending so low bonelessly, like Ajasko, in what seemed like a choreographed improvisation. Before our very eyes an unannounced Carnival had brewed, foaming over, taking over the main street. ‘Toads for Supper’. I could feel my feet coming alive and the temptation to get up and do a little movement overcame me. I am a sucker for dance music. Cyprian Ekwensi’s ‘Jagua Nana’ on the streets of Lagos came to mind, justifiable or not, and it was obvious to me at the time, similarities between Ghana and Nigeria in spite of the difference in persons. Ghanaians are laid back. I liked it.

We were not to make it to the Bella Roma that night.

Beyond the Container hotspot, a celebratory air was all over Ghana. They were joining the oil league and riches were on the cards. Education would be free, more Universities will be built, there will be surplus for every one and Kwame Nkrumah would return with a Pan African smile, waving his hands and leafs like Awolowo in the air with humility, and not saying ‘I told you so’, whist President Obama will tug at the seams of his tight fitted suit to make room after a belly full of joy and celebration with nothing to eat all day as the entourage had grown slower than planned. Obasanjo will wear a big air parachute Agbada garb in spite of the strong breeze, floating in mid air and striking a commanding Azonto pose. Other Heads of State will gate-crash the event with many African Americans in line, behind Alex Haley the writer, and his brother Ambassador George Haley whom Chijioke Igwe and I had met in DC. They, the African Americans, will be looking for their ROOTS from slave house to slave house finding left over trunks full of gory reminders, as Ghanaians climb the rooted Acasia trees, looking for a glimpse of Madiba Nelson Mandela and Asamoah Gyan and gold plated skies in the shape of Uli motifs by Obiora Udechukwu.

Everything will become perfect in Ghana and parrots and bees will have dinner on golden plates just like in Nigeria the oil rich state with no worries in the world.

I swear I saw a mosquito throw in the towel in a pact of peace with numbed mandibles with a crafted promissory note written by Ayi Kweh Amah, as Chinua Achebe, Wole Soyinka, Ngugi wa Thiongo ventured a word of caution, not to trust the mosquitos especially their hairy lid eyed leaders with false eye lashes and hair pieces and tooth.

The town had gone quiet and the chicken Suya a lost memory, as we hummed/planned events for the next day – we needn’t have bothered.

Gbubemi Amas Amanoritsewor ran the now legendary Anthill at Nsukka, Nigeria.  He lives and works in Crosshands, Wales, as an African art consultant and performer. He is heavily into masquerading, drumming, dances and other such areas of the arts that show off the beauty of Africa. Sculptor, artist, orator, Gbubemi also leads Jazzy Africana, a band. His 'Dancilla in Rwanda' was commissioned by the City and County of Swansea, Wales, for the holocaust event 2004.

Bespeak of her Wisdom: Poems by I.J. Kalia