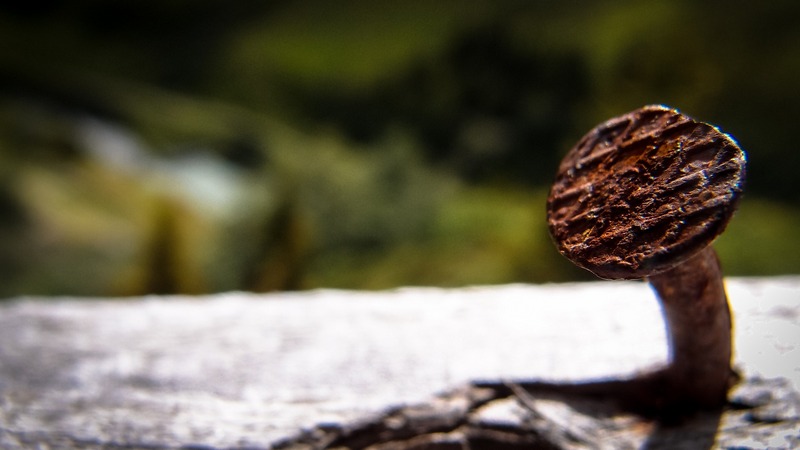 He drove the nail harder, increasingly growing careless about the safety of his free hand which held the nail in place like a writer holding a beloved pen. It was evening already and he had been at this routine all day. But for a few satchels of water, a bottle of Coke and a miniscule loaf of bread, his stomach had witnessed scarcity for the better part of twelve hours. He had grown accustomed to all sorts of work, fears and conditions obtainable and prevalent high atop naked buildings as he laid roofs over the houses of others and fixed leaking roofs, but he was yet to grow into the job as Mr. Terwase, his master for five years, had predicted when he was setting him free to begin his own carpentry adventure. He brought sincerity, industry and extreme care to the work but a major part of him wanted out for he had wanted to be a medical doctor until the paucity of funds and moral support struck. Had he been able to find similarities between his current work and being a doctor which was now a fleeting dream, perhaps he would have allowed the love he so indignantly smothered each time he noticed it grow for his carpentry. Now as he drove the last nails into place in the rapidly approaching darkness with the increasingly irritable hunger and weariness gnawing at his stomach and bones, he was surprised that his aural senses had not been nailed shut by the constant ringing sound which rose as hammer daily pounded nail. His job was full of hazards: there was the constant danger of slipping from the roof and crashing to death on the ground below; there was the constant danger of the heavy hammer landing on his hand, splintering bones; there was the constant danger of driving the nail into the wrong target in a resurrection of the crucifixion. All through this he worked because the forceful friction between the hammer and the nails, driving roofs into place over waiting buildings promised bread for him, for Dinatu, for Aboy and Abiba and for Lidli, the family cat. It was a world of nails for bread.
—————-
Image: Pixabay.com