DISCLAIMER: I won’t lie; I have a soft spot for the writer Jude Dibia. I have never met him in person, but there is something about his spirit that breaks my rugged face into a wide grin when his emails push through to my consciousness in the writer’s listserv that we both belong to. He and a stealth army of young Nigerian writer-Turks fill me with hope about the future of Nigeria. These young people dash stereotypes of the Nigeria that I fled many years ago. Possessing energy, passion and an undiminished sense of self-worth, they plug on relentlessly, against all odds. And they do good work. More importantly, they are not consumed by the despair and accident of their surroundings. They ride their lot stoically, sometimes triumphantly, and always with grace and charm. That takes guts. These young men and women deserve our accolades and support. 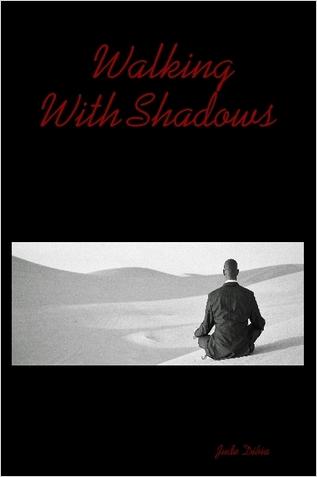 In a real sense this is not really about Jude Dibia’s two books, Walking with Shadows and Unbridled. It is really about managing change. Yes, I have read both books. Actually, I did read Walking with Shadows twice.  I had gotten to know about the novel on Molara Wood’s blog – an increasingly invaluable and eclectic source of information on the creative arts that is focused on Africa and the Diaspora. Molara Wood may be found holding court at Wordsbody and on a good day her pen’s offerings are a delicious sight for sore eyes. When I e-trekked to Lulu to order the book, I found it fascinating that there was also an option to buy a downloadable electronic copy. I ordered both. By the time the book arrived my home, I had already read the book, thanks to the downloaded file which I had printed. Several issues in the book kept gnawing at me and I found myself reading the book again, this time, the hard copy version.

As literature goes, Walking with Shadows is not great literature. In this book, we follow the adventures of Adrian, a gay Nigerian who struggles mightily to be both gay and married in Nigeria. Despite its structural flaws, it is an important book and I would recommend it for its innovation because it encourages debate about a subject we would rather not talk about – homosexuality. From a technical perspective, Dibia’s inexperience shows and it is not a sure-footed effort. It does not help that the book did not have the benefit of a good editor; grammatical errors nibble at the reader like annoying paper cuts, words are used inappropriately and the use of direct dialogue among characters, some fairly inchoate,  makes one wonder if the book started out originally as an attempt at a play. Also, Dibia’s passion and strength of conviction are overshadowed by the paucity of research on the subject of homosexuality in Nigeria.

If Dibia’s book does not spark debate in Africa it is probably because that continent has a crushing burden of challenges that make the issue of homosexuality look trivial – akin to flirting with crickets while one balances an elephant on one’s head. It is a matter of priorities. In terms of homosexuality, in the West, certainly in America, one senses feelings of revulsion by a judgmental populace, feelings that are thankfully held in check by the long reaches of the laws of the land. However, the subject of gay rights is not exactly on Africa’s plate right now. But I give Dibia an A+ for courage and candor and for encouraging honest debate about a subject that is the big gorilla in our continent. It is inconceivable to me, for instance, that one would write a story about Nigerian adolescents in a boarding school and ignore the gamut of sexual and sensual experiences that race through the dormitories in the dark and in the open. This is a subject that unfortunately has been avoided by virtually every Nigerian writer. Why? Call it denial, call it dishonesty, call it cowardice, or to put it diplomatically, call it a serious omission of fact. In this respect, Jude Dibia stands very tall in my book. I applaud Dibia for attempting to tackle a subject that has taboo! scrawled all over it.

Dibia has youth on his side and reading through Walking with Shadows, I found enough talent and energy that suggested to me that I had not heard the last of Dibia. Well, he is back with another production – Unbridled. In Unbridled we follow the fortunes of Erika King (aka Ngozi) as Dibia explores the subjects of rape, incest and female emancipation. Unbridled in my view, proves that Jude Dibia is capable of improving on his craft. On a certain level, the book is a familiar tale of restlessness in a cesspool of longing – dashed hopes in a mirage of succor and prosperity. The book reads like pulp fiction and hardly ever rises above that level of the ordinary. It doesn’t help that historical inaccuracies in the book threaten its structure and credibility. As far as I can tell, the story starts in 1997 when Erika (or Ngozi) goes to London to meet a white guy she had been dating online for a period of time. We are told this courtship is consummated via digital resources like email accounts, chat rooms, cyber-cafes, etc. Any reader with a perfunctory sense of the history of the Internet would wonder how Nigeria began to have cyber-cafés in the mid nineties. It is certainly easy to prove that email accounts were not widely available even in the West in the mid nineties. It is a tiny detail but it wreaks havoc on the book’s believability.  However, just, like Walking with Shadows, Unbridled is a courageous attempt at a dialogue on taboo topics like rape, incest and female emancipation.  And there are strong hints of Dibia’s strength and potential. In immersing himself in the main character Erika, he envelopes his readers with his warmth and sensitivity. His descriptions of life in Lagos and London bubble with the level of detail of one who is a keen observer of life. In the right hands, with the right publisher, and with the appropriate training, Dibia’s current challenges as a writer would be easily surmountable. In the meantime, I give him major kudos for initiating courageous conversations about the mysteries of our being and our yearning for the invigorating rush of true freedom.

In his books, Dibia effectively makes the point that the sum total of our sexuality is alive and well in Nigeria, indeed in Africa. Reading his book Walking with Shadows one senses that there is  a thriving subculture of gays and lesbians in Nigerian and that they are able to thrive because for the most part they are middle class, highly educated and adept at abiding by the Clintonian mantra – do not ask, do not tell, for the consequences could be deadly. Even in the West, one could be cheered in a particular neighborhood for holding one’s lover close, but upon turning the corner, one could risk having one’s skull crushed for doing the same. The pleasures of affirming one’s love for a partner are not worth the risk, even in America. 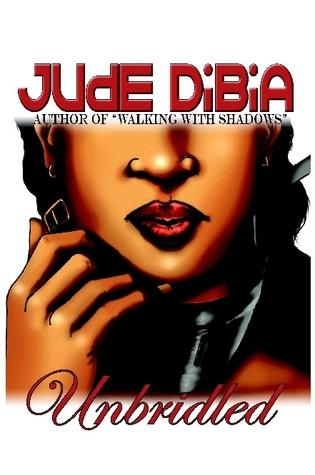 Jude Dibia gets it. As Man sought to create order out of chaos, to shoo off His fears, anxieties and self loathing, He created laws, taboos and a suffocating culture that outlawed that which He did not understand, that which He feared, and that which He loathed. From the fecundity of His perplexed mind, He built malevolent spirits and hid them behind fearsome masquerades. Dibia pulls hard at the masks and unearths Man’s hypocrisy. Good for Dibia. The Dibias of our world insist on thinking out of the box to break this cycle. That is why I am attracted to Dibia’s ideas. I make the distinction between ideas and the medium. It is my thesis that the constraints of the book as a medium do a disservice to the likes of Dibia. With the Internet and emerging technologies, the world should be able to enjoy the rich product of the sensibilities of discerning thinkers.  The traditional medium of book publishing is well suited to the aged and the jaded. We should look for fresh invigorating thinking in blogs and online journals. Ideas rock and the book is dying a long, slow death. In the transition, we must make sure that the dreams of beautiful people like Dibia are not drowned in the undertow.

The Audacity of Pain: A Review of Jumoke Verissimo’s I Am Memory

Waves of the Dawn: A Collaborative Poem

A Review of Charles Akinsete’s ‘Do Not Preach To Me!’

Of Writers, Writing on Conflicts and Wars in Africa