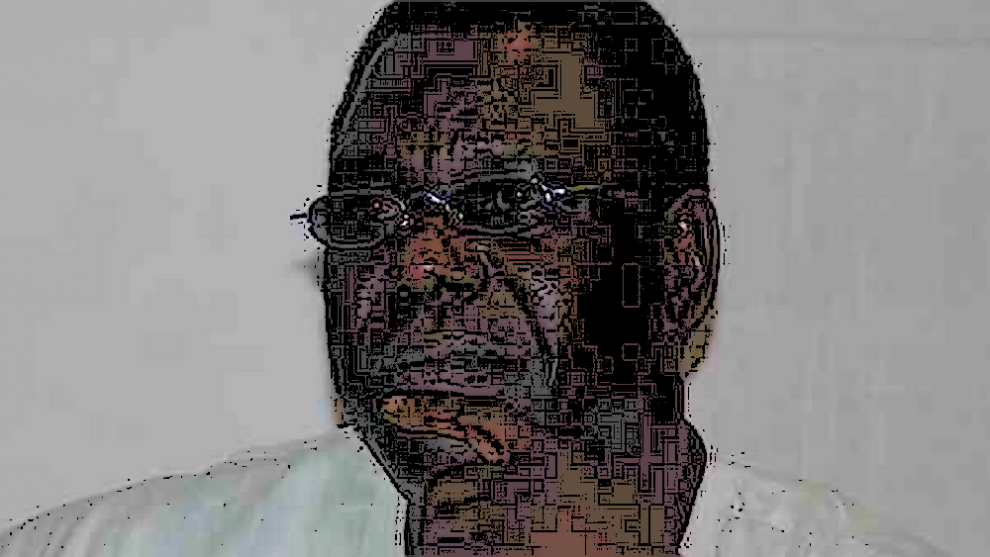 The arts scene of Lagos, nay Nigeria, owes a debt of gratitude to one self-effacing pathfinder: Ben Tomoloju.

It was in his early days at The Guardian in 1985 that I sent out a review of Sembene Ousmane’s novel The Last Of The Empire which was promptly published through the facilitation of Ben Tomoloju. The very personable man, affably called Ben T, asked me to send in more reviews which he published. Of course I became endeared to him, admiring his almost religious commitment to the arts.

Born on December 18, 1954 in Ilaje, along the coast of Ondo State, Ben Omowafola Tomoloju is at once a quintessential journalist, dramatist, playwright, cultural activist, theorist and administrator.  Educated at Christ School, Ado-Ekiti in present-day Ekiti State, Ben T was marked for high achievement from the very beginning.

He took a degree in English and Literature at the esteemed University of Ibadan but his main forte was the theatre. He has been a life-force on stage. He has a deep affection for language which he transmits so authoritatively in his dramatic and journalistic offerings.

He cut his teeth in journalism quite early in life, as a teenager in 1974, serving as a cartoonist on a freelance basis at Chris Maduaburochukwu Okolie’s trendsetting Newbreed magazine. Upon his graduation in 1978, he undertook his mandatory one-year youth service at Nigeria Television Authority (NTA), Makurdi. After his service year, he became engaged as a teacher even as he worked in his spare hours as the part-time Arts Editor of the short-lived Weekly Focus publication. He eventually took the bold step of becoming a fulltime journalist in 1982 when he earned the appointment as Chief Leader-Writer of The Punch newspapers in Lagos. He wrote the column “The Portrait of the Artist” for the newspaper.

When the broadsheet newspaper The Democrat Weekly was launched in 1983 Ben T took his talents to the newspaper as the Reviews Editor. He carved a splendid niche for arts writing such that the newly-established “Flagship of the Nigerian Press” Guardian poached his services in 1985. He turned the arts pages of The Guardian into a must-read staple, leading to my contributions to the pages.

In the course of Ben T’s 50th birthday celebration in 2004, the leading Nigerian poet and one-time astute arts editor Afam Akeh wrote on the Tomoloju phenomenon thusly: “The hero-presence in a creation story is sometimes so significant that it becomes possible to engage with the whole story as a conflation of related hero-narratives. In this sense the modern origins of arts journalism in Nigeria can be constructed in the image of Ben Tomoloju, its most distinguished local luminary, and some of his contemporaries. The Tomoloju story is significantly the pioneering story of the modern practice in Nigeria. It was thus fitting tribute that in celebrating his Fifties birthday in late 2004, his media colleagues also find inspiration for a serious evaluation of the practice he gave his name.”

Ben T has been pivotal in undertaking cultural projects such managing the National Arts Theatre. He has added cubits of his nous to the National Cultural Policy. The National Troupe of Nigeria operates within the ambit of the Tomoloju effect. He is very steadfast in the projection of Copyright Implementation. The ever rendering Ben T served as the chairman of the Ad-hoc Committee that gave birth to the National Association of Nigeria Theatre Arts Practitioners (NANTAP). He was the prime mover of the Arts Writers Organisation of Nigeria (AWON).

A much-travelled cultural icon, Ben T was a guest at the Giffioni Film Festival, Italy, in 1984. He took part in the Afro-Arab Festival of Popular Arts, Morocco, in 1986. His onerous work as a journalist could not deter Ben T from setting up the theatre group Kakaaki in 1980. Ben T took the Kakaaki artists and his play Jankariwo and Wole Soyinka’s Jero’s Metamorphoses to the Festival of African Theatre that celebrated the award to Soyinka of the Nobel Prize in Literature and Agip Literature Prize in Turin, Italy, in 1987. He was also with his Kakaaki at the Chieri Festival in 1992. A member of the Nigerian Cultural Delegation to the Commemoration of 150 years of the Abolition of Slavery in the West Indies and Latin America 1988, Ben T was equally a member of the Young African Leaders Programme in the United States of America in 1990.

Music flows in Ben T’s blood. The album Song for Nigeria is Ben T’s musical offering. He produced and presented an innovative arts and culture magazine programme on the screen called “Art Alive” between 1993 and 1994. As a project consultant of Goethe Institut’s Afrika Projekt from 1996 to 2001, he wrote Amona which was staged in Nigeria and Germany. He is also the author of the play Mujemuje. Ben T was commissioned by the International Committee of the Red Cross (ICRC) to produce his play Askari for “a campaign on tolerance and peaceful co-existence against the backdrop of the genocidal carnage in Rwanda, the wars in Liberia and Sierra Leone and the brutal military dictatorship in Nigeria.” Ben T and his troupe toured 20 out of the 36 states of Nigeria, and I did a review of the play. Ben T’s 1999 adaptation of Goethe’s Iphigenia in Tauris, renamed “Iphigenia finds Aiyelala”, was produced by Goethe Institut to promote peace.

He won the “Platinum Award”, an initiative of the then Platinum Bank, as reward to professional excellence. He took charge of leading a Nigerian troupe to Ghana and Cote d’Ivoire in 2001 with the German Susan Amatosero’s play Asylante, a theatrical expose on young Africans seeking asylum abroad. Ben T’s play Alafia was produced in 2003 for a UNDPE/EU/TMG Campaign on Voter Education in Nigeria. He was appointed a member of the Creative Task Force of the 8th All-Africa Games chaired by Nobel Laureate Wole Soyinka. Ben T authored and produced the play Aminatu – The Legendary Queen of Zazzau for the All-African gathering. Remarkably, his two plays Askari and Aminatu have been adapted and produced as movies.

He was the editor of Ashes and Diamonds, an anthology of poems and short stories published by the Association of Nigerian Authors (ANA), Lagos. He co-edited with his distinguished protégé Jahman Anikulapo Voter for Tolerance in 1997. The National Council for Arts and Culture (NCAC) in December 2007 gave Ben T the high honour of National Merit Award for Professional Excellence in recognition of his contribution to the development of culture in Nigeria. He is the CEO of BTC-BEN Tomoloju and Company, a Media and Creative Consultancy Outfit in Lagos. He served on the Advisory Committee of the esteemed Nigeria Prize for Literature sponsored by the Nigeria Liquefied Natural Gas (NLNG).

Ben Omowafola Kasta Tomoloju is indeed a legend who shot the Lagos arts scene into the stratosphere.

Matters by the Mountain: Poems by Bob MajiriOghene Etemiku

Love Is A Knife! – An Excerpt From A Novel By Omale Allen Abdul-Jabbar