Revolt of the Ghost Players: A Review of ‘A Play of Ghosts’

The players in this play, A Play of Ghosts by Uzor Maxim Uzoatu, are all actors starring in their own show to incite a long overdue revolution. Thus, 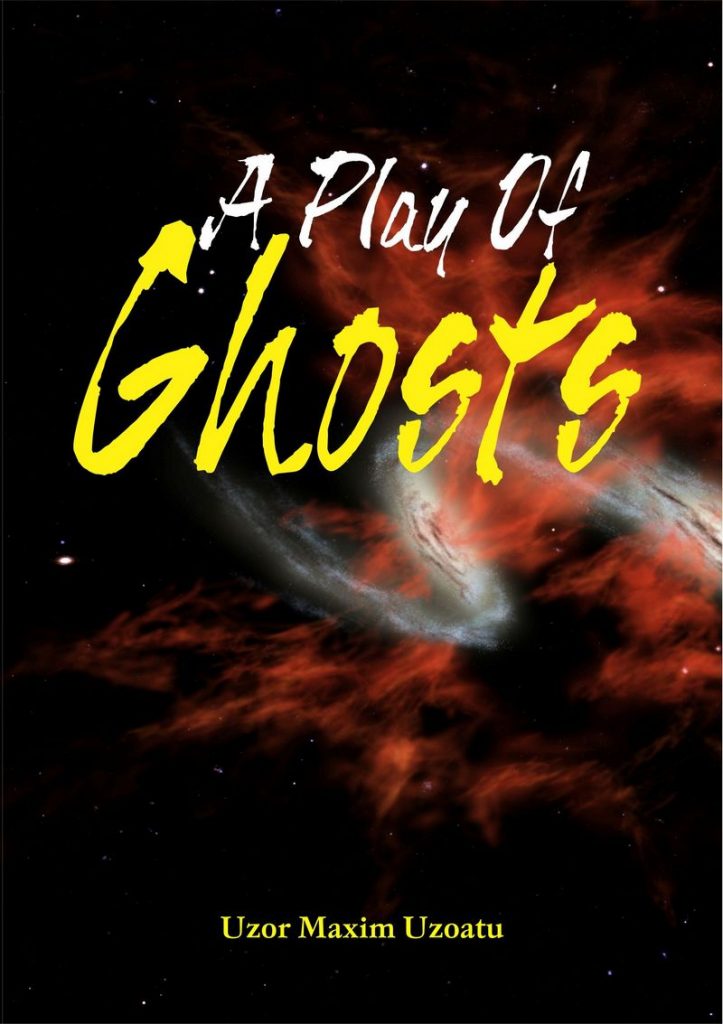 Using the stage to foment rebellions is as old as drama itself. Usually deployed against the state or constituted authority, actors, writers and the lot have since employed such tactics to avoid charges of sedition. There is the added advantage of making the audience understand that the entire transaction is to be taken at face value. Still, the underlying message(s) would have been passed along, however discreetly.

In A Play of Ghosts, Uzoatu has availed his characters of a readymade medium to vent their collective spleen on a tyrannical and unfeeling class – to great effect. From the onset, the characters call themselves ghosts, effectively making them and, by extension, the playwright not liable for any traffic on stage, however unpalatable the subject may be.

Most revolutions in the world often begin innocuously, from insignificant incidents that would later change the course of history. It is so in A Play.

After the death of their father, brother and sister, Mentalo and Victoria, are unable to pay their rent. There is already a letter of eviction from the landlord, Alhaji. Thrown in the mix is a misty-eyed lover by name Kema who is also the Author. The landlord himself is a secret admirer of Victoria. He is a polygamist but Victoria does not wish to be spouse number X.

Utterly besotted with Victoria (Heroine), Kema lacks the required resources to start a lasting relationship with her. Worse still, Mentalo reviles him because of his indigent condition, not that Mentalo is any better than Kema, though. On her part, Victoria is torn between his love for Kema and her desire to better her situation. Prompted by Mentalo, she opts for the second. Her life takes on a downward spiral from that point, as she graduates from being a hard-drinking murderess to the proprietress of a bordello.

The grist for any drama worth staging – conflict, love, death, confrontation and resolution – are so expertly woven together by Uzoatu that readers get a sense of what minimalism ought to be. The characters are no less engaging.

For instance, Kema is as passionate as an artiste in love as he is fiery in his revolutionary declamations. “For how many more generations will poverty and oppression have their home in this land?” he asks rhetorically. “Time was when our black brothers told us they were fighting the white oppressors because of their belief in freedom, liberty, emancipation…We chased the white man away and put our black brothers in his place. Where are we today?”

Kema provides an answer himself. “Some of our brothers have become rich. But between them and the rest of us all you can see is enough space to take up the earth and beyond, barren space that enlarges geometrically.”

Broken by life and circumstances, some of the characters take to drinking and whoring – with biblical and philosophical justification. “Give strong drink to him who is perishing, and wine to those in bitter distress…” Mentalo consoles himself, quoting the book of Proverbs, but never for once forgetting the imminent war against the oppressors.

For sheer bravado and originality, Mentalo – though his name suggests a loony – has a certain appeal to readers. Educated unemployed idlers, for instance, would most certainly identify with him. On the monotony of prostitution, Menlato quips thus: “They are always busy repeating the same thing,” what he sees as “absolute abuse of being busy!”

Almost every page in A Play drips with such brilliance. Lola, one of the prostitutes lodged in Hotel Victoria, where most of the action takes place, dismisses Mentalo’s misogyny as a combo of “the tough talking of emergency revolutionaries with the rabid sentimentality of an undersexed refugee.”

With irreverent humour but never farcical, often mordant wit and a knack for philosophical ripostes, Uzoatu presents credible characters who understand why they must rid themselves of the shackles of oppression.

A sagely figure, Producer is the intellectual arrowhead of the revolution though he sometimes acts as a leash on the excesses of others. He owns the house on Kimathi Street – a nod to The Trial of Dedan Kimathi by Ngugi wa ‘Thiongo – a sort of training school for prospective revolutionaries. Where his disciples are hotheaded, Producer offers some bit of temperance, ever ready with a wise counsel or protection for a potential victim.

In the closing scene, Mentalo charges at Alhaji for killing Victoria but the politician/ landlord is saved physically by Producer. Kema tells Mentalo to look beyond doing physical harm. “We fight for life and victory does not exist by itself. Victory lies in struggle and the will to go the distance.”

Brief as it is – 64 pages in all – A Play will surely go a long way in the history of revolutionary drama as one of the most potent depictions of class struggle between the rich and the have-nots in Nigeria.

Written by Michael Jimoh
Add comment
Writing the Truth, Telling our Stories
Playing for Unity: A Review of ‘Doctor of Football’

AfricanWriter.com earns a minute commission from the occasional affiliate links that point to a book on Amazon.com. Thanks.