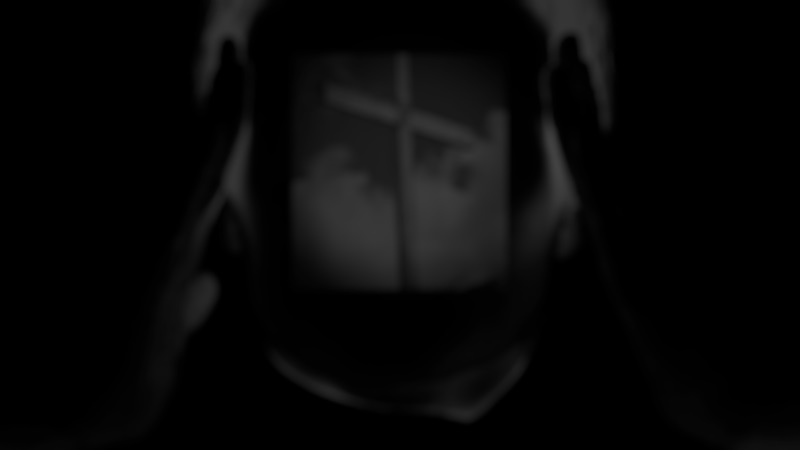 News of the prophet’s death reached near and far. He was one of those remarkable men whose deaths demanded special attention as tributes to their remarkable lives. Angus told me that even the clouds were heavy and the skies were preparing to wail for this man. He told me that the day was unusually dark and that the clouds danced and cracked to the fury of distant thunder. Angus said that even the president was coming to attend the burial of the man of God. He said the president had to cancel his planned trip to the United Kingdom to honour the untimely death of the prophet. Other prophets from as far away as Nigeria were also coming for the burial ceremony. Angus said that the prophet was not the kind of man you could bury within two days of his passing. He was a great man and we had to brace ourselves for a very long period of mourning.

I have never seen the prophet but I have felt his presence my entire life. Mother works for the church – cleaning things and taking care of the boarders who sometimes stay with us for weeks before they receive their blessings. Unlike the other children who live in the orphanage that the prophet built close to the church, we are more privileged because we live in a real house with real bedrooms and things. Our house has three bedrooms – one is for mother, the other for Angus’ mother, and Angus and I share the smallest of the rooms. Angus’ mother takes care of the children in the orphanage. But the children don’t like her and I don’t like her very much either. She doesn’t like us playing games that children play. She only wants us to be singing songs about Jesus and others that insult the devil. She says the word must never depart our mouths. She tells us that we must always hide the word in our hearts so that we may not sin. But the children don’t want to hide the word – they want to play hide and seek. It’s unfortunate that I can’t play many games with my friends. I wish I could be like them and the prophet told me that it shall come to pass.

The prophet had been a regular visitor in our house. After all he built the house and what man has the right to stop a man from entering his own house? When he came, the first sign of his presence in the house was the fragrance of his perfume that made me sneeze.

“He is wearing a white suit today.” Angus would tell me.

“Of course moron, I told you his clothes are always beautiful.”

Then he would grab me by the hand and lead me to the bedroom where he read the bible to me. In my mind, I imagined the prophet standing in the house, wearing beautiful clothes… a white suit as Angus said. To me, beauty is just this awesome feeling that makes my heart tickle and tingle until I feel a flush of happiness rushing through my veins. But the way Angus describes things to me makes me feel like this pleasant sensation is not enough. I want to see what beautiful looks like. Above all, I want to see colour. When I ask what white looks like, Angus just tells me that it is the opposite of black.

“Imagine black but without the darkness.”

“Yes, then that’s what they call the colour white.”

The prophet used to find us in our room where Angus read the bible out loud to me. I would smell the perfume close to me, almost choking me to death, but I refrained from sneezing in front of him.

“I can see you is doing good job of God Angus…” I imagined him smiling when he said those words.

“You will gonna be a good Christian when your time is come. I prophesy!”

“I receive sir! I receive!” Angus would chant with enthusiasm.

“How is you be my son?” I could feel his hand stroking my back.

“God is great my son. You keeping praying and your blessing will going to come soon! I can see it! I prophesy!”

My heart almost leapt from my bosom at the mention of my blessing. Then I would hear his footsteps gently patting the ground and then fading in the distance like a tremor on the other side of life.

On his last Sunday in this sinful world, the spirit possessed the prophet in a strange way. He could see many things than he had ever before. Now that he died, people say that the prophet foresaw his impending death and made sure that he accomplished his mission in this world. They say on that Sunday he conversed with angels and that had we paid enough attention we could have heard him hint on his sudden death. On that day I was sitting in the front row as usual with other people whose blessings had not come yet. The prophet rumbled before the congregation speaking in tongues and trying to comprehend visions that had not yet become clear to him. Then the congregation erupted into song, calling upon the spirit to descend upon us. I stood up and started clapping my hands, mumbling along to the song which I could not sing because the words were in English.

“Oh yes! Yes lord!” the prophet shouted amidst the chorus. The atmosphere was so tense and sweat run down my spine. The sweat wetted my underwear and my prayer was that it should not show through my shorts because people would have thought I had peed myself. Then I felt the spirit descending and hovering around the enormous church. I knew the time had come and I opened my heart for the anointing.

“I can see man in this crowd! Yes! A man!” the man of God began prophesying.

“You is big man…. Yes! You bank manager! I not naming bank but I see you.”

The songs died down to murmurs, giving way to prophesy. We all waited for the revelation and for the miracle that was to follow.

“You are HIV positive. But no anymore in the name of Jesus! HIV leave man in the mighty name of the Lord!

The man who was healed rushed to the front of the congregation screaming, “Thank you Lord! Thank you prophet!”

Then suddenly I heard a woman shouting obscenities on top of her voice and I could feel the commotion in the crowd.

“What is happening?” I asked Angus.

“Shut up! She is approaching the prophet! God!”

“Well, she is a beautiful woman… she is wearing a mini skirt, very short! She has very huge hips and a big behind! Plump breasts!”

“What do huge hips and a big behind look like?”

“Well, so imagine tying together too big inflated balloons and squeezing them in your hands.”

And the prophet erupted in tongues of fire. Angus was commentating for me all along.

“The woman is down… she is licking her lips… the prophet is jumping up and down…the woman is raising her waist… she is winding it as if her waist were a sieve in deft hands… she is naked! The woman is naked!”

Then the prophet’s bodyguards carried the naked woman out of the church. The congregation was still chanting songs of glory and some were calling upon the consuming fire.

On the day that the prophet died, strange things happened in the church compound. Two days had gone by after that strange Sunday but the demon refused to leave the woman. The prophet prayed for her at the hostels on Monday but he had to come again on that Tuesday. He told the other boarders to leave the hostels lest the demon jumped into them. He prayed and prayed for the woman. Angus said the demon must have been powerful because there were strange sounds coming from the hostel. Then all of a sudden the woman jerked from the hostel stark naked. There was commotion around the compound as the other Christians fled from her demon. She ran straight into our house.

“You must come,” she said to mother. “Something is wrong with the prophet!”

Angus followed mother and the other workers into the hostel to see what was wrong with the prophet. He says they found him in streams of sweat – jerking in convulsions, his mouth foaming. He was as naked as a new born. And God, God, his member jutted out of his groin in fury like an angry protester’s fist screaming out, “Power to the people!”

The whole world got the news that the prophet had succumbed to a heart attack as he was doing the work of God in his office. His burial was sombre and Godly until it was time for important people to lay wreaths. Mother demanded that I, Angus, and some other kids from the orphanage lay wreaths on the prophet’s grave. But the church elders told her off, saying we were nothing but dirty kids. I heard everything.

“Are you calling these children dirty kids? Who are you?” mother was now shouting at one of the elders. The people suddenly paid attention to what was happening among the Christians. Some of the late prophet’s bodyguards tried to whisk her away.

“Leave me alone you bastards!”

There were mumbles in the crowd and I started feeling uncomfortable. I just wished I could grow smaller and smaller until I was a dot of nothing. I tried asking Angus to explain what was happening but he wasn’t close to me.

“Nobody here will stop these children from laying wreaths on their father’s grave!”

Mother fumed and the mumbles in the crowd were now becoming sounds, groans, voices.

The church elder tried putting some sense into my mother’s head.

“Fwiiiii! Fiiiiiii! Fwiiiii! Fwiiii! What do you understand? Did the prophet give birth to you? Did he impregnate your mother?”

The voices now merged into a commotion. Mother seemed to pay them no mind.

She lined us up like red ants marching in silence. She was prodding us forward, Angus marching ahead to pay our last respects to the prophet.