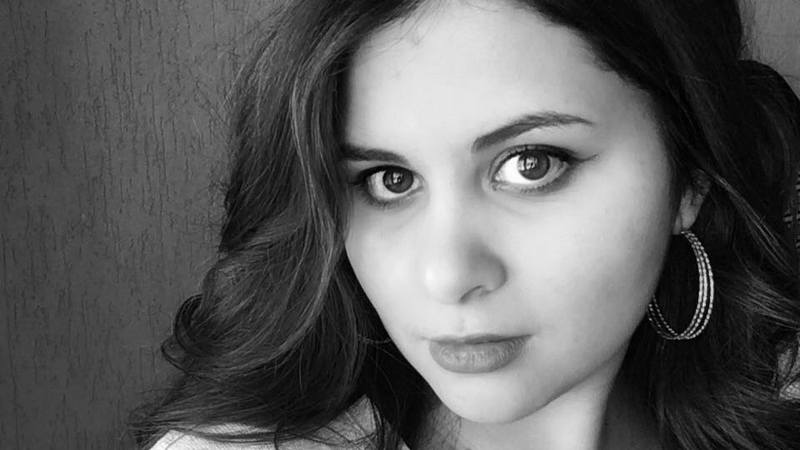 Mishka Hoosen is young. She is intelligent. She is brave and she is brilliant. She is also very clever, funny and wise beyond her years. Her style is flesh. Let me explain what I mean by that. The beautiful, haunting lines of Call it a difficult night will leave you breathless. Her pain and internal struggle will leave you numb. Her protagonist’s suffering, is a human stain and her words a playful meditation. She’s an artist and she knows her medium. Is Call it a difficult night a cross between a love letter and a love poem to herself or to a lover? Has she been here before, I asked myself. I kept coming back to the stimulus, origin, and process not only of the protagonist but also of Mishka Hoosen. I thought of her, the birth of this book, what she channelled her way through, meaning, here, the time frame of the book, and the psychological framework of the writer.

I was ‘rooting for both of them’ as the Americans say. Is Mishka Hoosen fragile, I asked myself? Is she delicate, vulnerable, or just tough, determined, and brave? The protagonist was in that wretched place that so many people who suffer from clinical depression, problems with rehab and addiction, alcoholism, mental illness and any form of mood disorder find themselves in. I kept searching for a muse. Told myself that of course, there had to be one here. That I would eventually find one. I kept on searching for a masculine and a feminine energy and found them there staring back at me on the page. ‘Salt’ becomes lyrical, something magical in the hands of Mishka Hoosen. ‘Fists clenching and unclenching.’ What happens when you recognise yourself in the writer’s world of bipolar madness is this. You don’t feel lonely anymore and you don’t feel tragic and you certainly don’t feel lost, hopeless or alone.

Mishka Hoosen, perhaps in your short life you were not oblivious to pain. I felt sorry for the protagonist that she had to ‘feel’ (that acute physical pain of the body through cutting herself and the pain of the mind, being hospitalised) to write about it, (the protagonist’s pain became my own), her suffering became my own, and I often felt giddy, ambivalent, bereft, cast away with the celebration of life. Yes, the energy of life was often there. In humour mostly. The flux of hospital life. The nurses, the doctors. The other patients in the ward. You, Mishka Hoosen reminded me of my own youth mostly spent in books or inside the school library. The protagonist’s demons and battle reminded me of William Styron’s depression in Darkness Visible, her loves reminded me of the shared intimacy in the relationships in John Updike’s Couples (I could only draw on the experience of heterosexual relationships), and of course, there were the two Lolita’s of my life; the unforgettable Stanley Kubrick’s celluloid vision and Vladimir Nabokov’s classic Lolita. I read Styron, Updike, and Nabokov while I was studying for my O’ levels in Mbabane, Swaziland just because I wanted to and because there was nobody to tell me that I was being (can’t get to the word I am looking for, thinking that it is precocious) or forward, or rather way too forward thinking for my age.

I said I wouldn’t do it. That I couldn’t review this book. I said the book was too difficult. Like J.M. Coetzee’s The Childhood of Jesus, Richard Rive’s Emergency Continued, and Nadine Gordimer’s Oral History, there was something about this talent.

I was sent on a journey into a hellish territory. I picked up the book, put it down again, and picked it up. For two whole weeks. There was no jacket photograph of the novelist to stare me down daily. I had nothing to go on about who she was really. I played this game for two whole weeks. The book was placed on the shelf alongside my library but it was not forgotten. I spoke about it for two weeks to my father, my sister in Johannesburg, my mother, and my brother. These are the most important people in my life. I wanted to do, and still want to do Mishka Hoosen’s book justice. I hope that I do. I praise her honesty about writing about a very difficult subject matter. I praise her hope, depth, sincerity. Most of all I thank her because bipolar is the eternal never-ending struggle for those who live with the mood disorder or any mental or chronic illness.

Hoosen has a satellite kind of language about her. By that I mean that there is an inheritance of space between the words. The writer’s experimental prose gives you time to reflect, study, gather, harvest your own thoughts. I found myself in the dreamy force of her language. Reading the book was like watching Montage of Heck on a small black and white television. Montage of Heck is a documentary on Kurt Cobain, the musician who took his own life. His life flashed before my eyes as I read Call it a difficult night. His music like certain passages in the book brought an anthem to a doomed youth. A lost generation. Interviews with the people who were closest to him. Cobain, the persona. Cobain who would always personify the youth. Like his music was his gift to the world, this book is Mishka Hoosen’s gift to the world.

Is this what language of colour is? Is this what is meant by black writing? Writing for the African Renaissance? Literary endeavour that has a feminine mystique? After reading the book I sat back, asked myself has she done enough or too much as a writer. The protagonist has a maternal instinct in the ward. You pray and hope that she comes out of this experience, through all of this all of the way. She’s scornful, loving, attentive, giving, and generous. We’re let into her love life. She says the word ‘fuck’ a lot. She’s rebellious and has a lot to say about authority figures (and I wondered not for the first time what her second book will be like). I wondered many times if this is an anthem for a doomed youth. Not just for a post-apartheid South African youth but for a youth on another continent, in another world because we live in one where we’re so eager to pop a pharmaceutical to tell the reality we live in to go away. Reading this book, just like reading NoViolet Bulawayo’s book We Need New Names made me realise that Hoosen has a powerful presence too. She can move people.

Are all female writers from this continent like that? It left me with many questions. Call it a difficult night, when I started to read it properly, from beginning to end, with no breaks in between, and not cheating my way through it through reading random passages to test myself, test my confidence as a reviewer, trying to find something negative to say about the writer, about the book, about bipolar madness or mental illness, or life in a mental hospital. Trying to find the words which would be appropriate instead of inappropriate but not walking on eggshells though. Call it a difficult night would not let go of me. The book is difficult. ‘Madness’ itself, the very idea of it, trying to wave it away, make it go away, make a joke about it because it is so embarrassing being confronted by ‘it’, whatever ‘it’ is, is difficult to talk about.

The book, like I said before, is difficult but it wouldn’t leave my hands, and I returned to it repeatedly. The prose has a poetic energy to it, so forceful, sharp, and sexy. The language is clean, and pure. Mishka Hoosen’s Call it a difficult night shows more than a lot of promise. It is also a thing of beauty. I hope that the birth of this book, and her appearance on the literary scene that she will forge a path for many who come after her. Many young women of colour and young men too.

Whenever I think about Mishka Hoosen now, I will remember her when I reread Hemingway’s A Moveable Feast, when I reread Rainer Maria Rilke’s Letters to a Young Poet, when I reread Jean Rhys’s After Leaving Mr Mackenzie, reread NoViolet Bulawayo’s We Need New Names and reread Virginia Woolf’s The Waves.

She is just that kind of writer.

Time of Petals: A Short Story By Emma Iduma

Myth of the Color Line: An Essay by Kabu Okai-Davies

Nigeria is no Country: A Short Story by Ohikhuare Isuku

An Ant hefting her Penance: Non-fiction by Aremu Adams Adebisi

Kelvin Keshi
We use cookies to ensure that we give you the best experience on our website. If you continue to use this site we will assume that you are okay with it.Ok