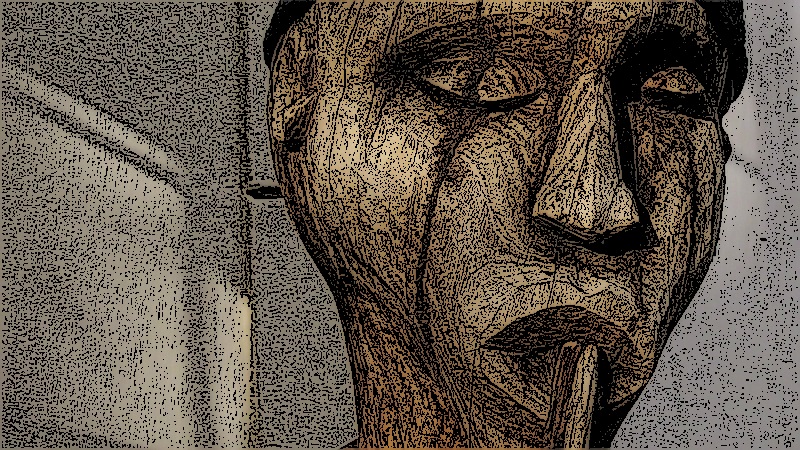 Darkness at Ogwumabiri usually brought with it a certain silence. The banging together of plates; the sound of pounding from mortars and pestle; and the cackling of fire from firewood peter out with the last gasp of daylight. Then, deafening silence. The deafening silence lasts for a while, and becomes punctuated by the croaks of frogs as they seek the opposite sex. Sometimes, crickets chirp intermittently. But almost always, all human noisy actions grind to a halt with darkness.

But there were always exceptional days. Days when there could be a ritual to perform, such as the ‘itu anya’ ritual. During this one week ritual, human beings who had decided to become spirits walk around at night, bare bodied, seeking food. They do not bath for the one week, and only came out at night to harvest food from farms owned by others.

The ‘itu anya’ ritual was not the only sound that sometimes disturbs the quietness of the night at Ogwumabiri. In the fourth month of the year, another sound, more potent than the occasional beating of the gong by the ‘itu anya’ ritualists pierces the night. It will be the sound of Chidi shrieking in esoteric tongues, and dancing to drumbeats only he could hear. It usually begins on the eighth day of the fourth month of every year.

The slender and beautifully built maidens would wear pleated skirts made from plantain leaves. Their upper bodies would always be uncovered, with their virgin breasts standing firm and inviting like succulent udara fruits. Scarves made from tender palm fronds adorn their heads. Their slender hands hold each other to form a ‘kpakpangolo’ circle at the centre of which Chidi lies, a man possessed, eyes ringed with white ‘nzu’, shrieking, and struggling in dance like a woman in labour.

‘What day is it?’ asked Nweke, as she and her mates walked past Chidi at the village square.

‘It is the ninth day of the fourth month’. Ifeoma replied.

‘Ewo, it is the season of his madness’, Ulonwa offered and hissed.

They hurried away, eyes focused on the long distance they have to walk to get to their farm at Uzo-oboli.

The villagers had come to expect this scene from the eighth day of the fourth month of every year. It was the tortuous sight of a young man lying in the middle of the village square, dancing to drumbeats no one else hears, while speaking in tongues no one understands. He never leaves the spot where he rolls around, as if he was hedged in by an invisible circle of beings.

Chidi, a master carver, was known throughout Ikwuano and Umuahia for his special carving abilities. The best carved images in the entire area have always been products made by him. Every year, in the fourth month, he comes out with a piece that defies human explanations. Some say the gods seize him from the eighth day of the fourth month till the tenth day, and show him what to carve. Others argue that the story behind the carved pieces done in the fourth month inspire the awe that follow the pieces and make them special.

But a small section of people have another explanation. They say that during the eighth day of the fourth month, the spirit of a special female child born on the tenth seizes Chidi and drags him through the labour period of the child’s mother. Her birth on the tenth signals the birth of a new unique idea in the mind of Chidi.

The story always ended the same way every year. On the morning of the tenth day, Chidi will suddenly break free from the invisible circle, and run off like a man chased, down Agbama, up the hill and then with one giant leap, jump on top his thatched hut, and fall on the other side. Then silence. Nobody will hear or see him again until at night when he would display a newly carved image reminiscent of the work of a god.

A Walk through these Empty Rooms: Poetry by Abigail George

How the Devil was Born: A Short Story by Abenea Ndago

Kunle Shittu
We use cookies to ensure that we give you the best experience on our website. If you continue to use this site we will assume that you are okay with it.Ok