Nigeria, like most countries, is an entity that history compels to manage plural and oftentimes amorphous factors such as ethnicity, language, culture, race, creed, political persuasions e.t.c., that confers on it the potential of a great nation. A daunting challenge that is not peculiar to Nigeria is the collective responsibility of transmuting into a nation which essence derives from the common good, as against micro interests.

The tall but achievable task of positioning Nigeria as a nation with shared vision and common values, as against an amalgamation of ethnic nationalities with differing priorities is the only durable option for re-branding in a competitive manner the Nigerian enterprise to internal and external stakeholders.

The grossly misused plural complexities of the Nigerian state offers strategic and credible opportunities for the country and its citizens to achieve unassailable character of a geographic entity that boasts of an intimidating array of human and material resources under one roof.

In contrast to the assertion above, the only undisputable achievements of most micro units that make up Nigeria is the subsuming of the common good or national interest to sectional interests. The call for a deliberate elevation of the place of the common good in the formulation and implementation of national socio-economic policies should not be misconstrued as a call for destruction of our unique socio-cultural persuasions as Nigerians.

The challenge for us as a country is to amalgamate our plural complexities into strengths that are capable of invoking the enviable spirit of citizenship or national pride in every Nigerian. One of the regrettable ironies of the definition of citizenship in the country is that most Nigerians are more comfortable being branded as sub-sets or creations of their ethnic nationalities as against being proud brand extension of the Nigerian brand. Despite the obvious plural complexities of the United States of America (USA), it can always be taken for granted, that the average American citizen will show greater allegiance to the American state as a macro entity. When it matters most citizens of most advanced and democratic countries subjugate their micro interest to the collective common good that their nations symbolizes.

Though most Nigerians are guilty of according poor credence to their roles as citizens, it is important to emphasise that the problem of citizenship in Nigeria cannot be discussed in isolation. A non-discretionary corollary to the challenge of citizenship is the gap that exists in leadership at all formal and informal levels.

The global concept of leadership is driven by the timeless value of  ‘‘CHANGE’. The change in question is ‘‘developmental change’’ which has become a sine qua none for measuring the growth or otherwise of any society or institution 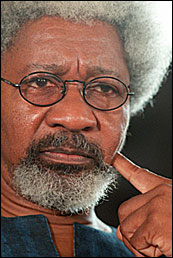 Though developmental change is highly sought after by most institutions and societies, it is instructive to emphasize that the most essential ingredient for value-yielding societal transformation, which is good leadership is often not given due prominence in Nigerian communities. The pervasive poor appreciation of the place of leadership in the governance and development process, by my reckoning, is the greatest challenge facing my generation.

In my professional and social interactions, I have come to discover that leadership is the natural process that encourages an individual to appreciate that individual or sectional interests are better protected, when the common good is given priority in all circumstances.

The political and economic history of contemporary Nigeria and Africa, also proves that the primary factors responsible for most conflicts is the desire to promote micro interests over macro interests, that have the capacity to benefit all and sundry.

My strong persuasion is that the concept of leadership should be taught as part of standard curricula in schools at all levels all over Nigeria. It is only individuals who are driven by the altruistic values of justice and equity that can claim to appreciate the meaning and obligations of leadership, which should be devoid of self-seeking rationalisations.

One Nigerian whose individual accomplishments, values and strong convictions has and continues to inspire me is Professor Wole Soyinka, Africa’s first and Nigeria’s only Nobel laureate. Arguably the most sterling among his attributes is the pride he exudes about his citizenship as a Nigerian, despite the many imperfections of the Nigerian state.

He was once quoted to have averred that “A writer is also a citizen, a political animal, whether he likes it or not. But I do not accept that a writer has a greater obligation to society than a musician or a mason or a teacher. Everyone has a citizen’s commitment.”

In fulfillment of his obligations as a citizen he has continued to use his accomplishments as an individual and as member of several national and international groups as a reference for anybody who desires to be a change agent in his spheres of influence. The life and activities of Professor Wole Soyinka, exemplifies John Maxwell’s popular quote that a “a leader’s courage to fulfill his vision comes from passion, not position”.

It is beyond dispute that Professor Wole Soyinka has made far more impact on the development and perception of Nigeria as a country blessed with world-class human resources, than most people who have had the opportunity of holding public offices. His leadership roles in multifaceted communities prove that most Nigerians can impact the direction of governance and the formulation of public policy without necessarily holding public office.

Soyinka’s impact has been felt visibly in various endeavours that border on the strengthening of democracy, promotion of human rights, eradication of poverty, underdevelopment and global inequality, combating the spread of HIV/AIDS, the proliferation of violence and sexual violence against women and children.

Some attributes of Soyinka that are worth recommending to every Nigerian are his unshakeable commitment to his convictions and values. He is among the few Nigerians that believe that the countries diversity rather than being a burden should be a durable strength. Regardless of this patriotic position he has never failed to emphasise at several public fora that consensual discussion of the federal structure of Nigeria cannot in any way threaten its unity. According to many writings of Soyinka the real threat to the cohesion of Nigeria as a federating state are overt attempts that suggest that mutual discussion of the country’s federal structure is tantamount to call for balkanization of the Nigerian state.

The various causes that Soyinka has and continues to spearhead as a social crusader prove beyond contention that Nigerians, irrespective of their faith, ethnic group, social stratification or immediate milieu are plagued by common challenges. A review of most of Soyinka’s writings and commentary on Nigeria’s socio-political dynamics continue to reinforce the position that the country’s ethnic and cultural plurality though real, are constantly being exploited by the political elite to distract Nigerians from issues at the core of our sub-optimal development.

I believe as a private citizen that Soyinka’s personal crusade and values point to the fact that the major challenge facing Nigeria is the regrettable absence of a leadership that is credible enough to command informed followers. Some of the values of Soyinka that I adore are his Pan-Nigerian outlook to issues and resolute commitment to justice and equity in all his endeavours. I am not aware that Soyinka has ever identified with a cause for familiar reasons such as ethnic, religious, gender or class affinity.

Most members of Soyinka’s generation that have had the privilege of holding public office at various levels have shown greater commitment to protecting the micro interest of the cultural, religious or political groups(s) that produced them. The allegiance of most public office holders to the interest of the exploitative critical mass in the society is the greatest obstacle to the development and implementation of people and development – driven policies. This to a very great extent account for why the spirit of accountability is low among most people in positions of leadership in Nigeria.

Beyond identifying good leadership as the bane of the Nigerian society, Soyinka is reputed for objectively emphasising that the leadership problem plaguing the nation has also been made worse by the absence of a politically discerning and assertive citizenry, who are conscious of their rights and willing to demand them.

The achievements of Soyinka as a crusader and concerned citizen indict my generation for relegating to the background our civic responsibility of engaging those in leadership positions constructively. Soyinka in one of his timeless quotes that is contained in his classic prison notes titled The Man Died said, “ The man dies in all who keep silent in the face of tyranny ”. The timeliness of this quote lies in its being a clarion call to all Nigerians to show greater commitment to the values of justice and equity, good citizenship and the common good, in contrast to self-serving ethnic and sectarian considerations before the sun finally sets on our collective dream as a potentially great nation.

Omo’ba Olumide Olalekan Idowu, a Poet and Public analyst is a Senior Executive with Bluebird Communications Limited, a Lagos based Integrated Marketing Communications Company. His website.