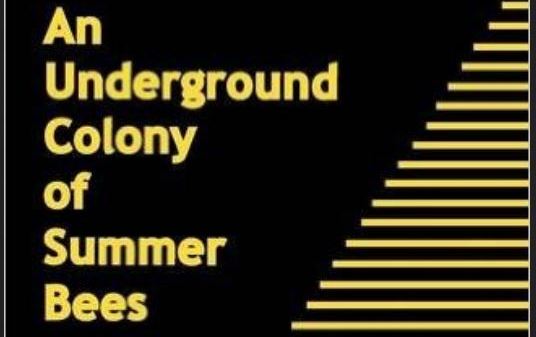 A Review of An Underground Colony of Summer Bees, by Sanya Osha, Langaa RPCIG, 2012

In Salman Rushdie’s “Midnight’s Children,” the protagonist, Saleem Sinai states that “To understand just one life, you have to swallow the world.” In Osha’s An Underground Colony of Summer bees, we understand the world by swallowing the lives of the characters.

Jerome Akpanta’s story is that of the marginalized immigrant everywhere. He has to survive whichever way he can. He moves from Johannesburg to Durban at the beginning of the novel. Undocumented and therefore unable to work legally, he turns to crime: from drug dealing to pimping. No matter how hard he tries, no matter how much he earns, he risks losing it all with no hope of compensation. Like many in his position, he does not exist. This invisibility rather than poverty or lack of financial power is what makes him vulnerable. It is this which also eventually destroys him. When he starts to run in the final chapter, it is obvious that he is likely to continue running:

People like him only get temporary solace from running. Escaping from the ‘life of a cockroach’ in their homes (in this case Jerome left Nigeria to seek his fortunes abroad) to which they cannot return without the riches sought, they move from place to place, searching for that which mostly remains elusive.

The prostitutes that Jerome houses also have to find ways to negotiate power to enable them to benefit from a system that even in their visibility, by virtue of being legal citizens of South Africa, has no space for them. Yet, they have that advantage of visibility over Jerome. They can steal from him with impunity. They can threaten him with impunity. At the end of the day, they are the ones who can force him to run.

Then he saw Zanele…and grabbed her by the wrist. She screamed and told him to let her go.

Which computers…Let me go or I’ll call the cops. You drug pusher.

Look, give me back my computers or I’ll kill you.

In recent years, South Africa has come under attack for its xenophobia. Foreigners, especially African immigrants, are referred to by indigenes as ‘amakwerekwere’ . There have been reports of attacks on immigrants. Osha explores this xenophobia as well without resorting to euphemisms.

One of Osha’s strengths certainly is this ability to present a world that is flawed, to present tragedy without resorting to euphemisms. His characters are not perfect. They are selfish, greedy, manipulative. The effect of this is that our empathy is immediate and visceral. This is not a post-apartheid South Africa of equal opportunity, a country where everyone is holding hands and singing ‘kumbaya’, but one in which hunger, drugs, sex, manipulation is a way of life. The characters struggle to survive in the most literal sense of the word. Their world is one in which:

All that matters was how you found your own little corner in the streets from which to bark from. (p.160).

Osha’s language, though blunt, is in places, magical:

He knew about the death poetry that meandered through the streets. He knew those feverish rhythms that found a godless religious fervour…The streets were his surrogate parents. (p.3)

All the women…continued to smoke and there was a strong haze of smoke that stuck at the back of the throat like the beginnings of a stubborn cough.     (p.75 )

However, if I had a criticism to make of this important novel, it is that Osha also takes on other themes: big themes which have to struggle with each other to find breathing space. One almost feels at times that there are several stories in this book. Nevertheless, it is but a slight quibble with a work that is as bold as it is beautiful.

Chika Unigwe is the author of the widely acclaimed novel, 'On Black Sisters’ Street' and winner of the 2012 Nigeria Prize for Literature.

How to Dispose of Good Shoes in Africa: Non-fiction by Ebuka Prince Okoroafor

Wesley Macheso
We use cookies to ensure that we give you the best experience on our website. If you continue to use this site we will assume that you are okay with it.Ok