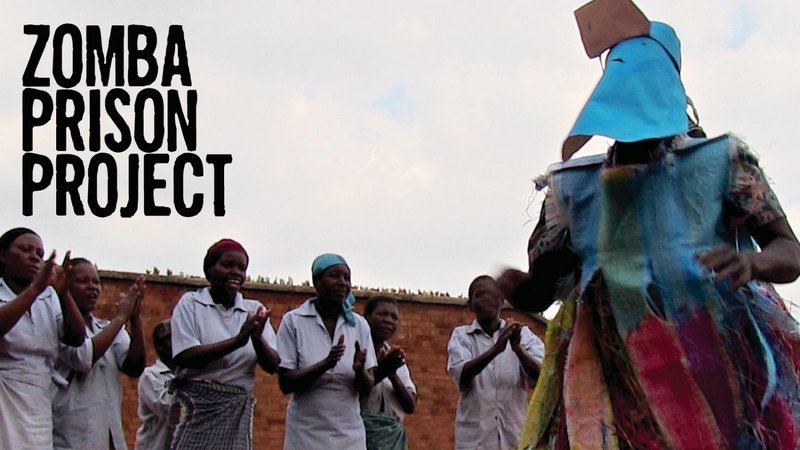 A Malawian Band, The Zomba Prison Project, has been honoured with a Grammy nomination. This news has sent waves of excitement among Malawians and other Africans who have heard about this “achievement”. The belief is that for once, Malawi, a country that lags behind in almost all aspects of life, has achieved something. Bearing in mind that a Grammy is a trademark for an award given annually for an achievement in the recorded music industry, Malawians and Africans in general ought to be proud.

But listening to the music by The Zomba Prison Project, one wonders what it is that is so special about it to deserve a Grammy nomination. The songs I came across on U-tube by this band were plain, ordinary, if not below average standard. What stood out in those videos were the images of suffering portrayed in the prison conditions that were being highlighted there. The videos showed destitute souls living below what the West calls acceptable standards. The other thing that stands out in these songs is the message itself. The title of the album itself, “I have no Everything Here” speaks volumes about the messenger and the message. These are songs of sorrow and desperation.

When one listens to this music and watches the videos on U-tube, what comes to mind are the many bands and the beautiful music that Malawi has produced before. One thinks of the likes of Kalimba, Makasu, Lucky Stars, Saleta Phiri, Alan Namoko, and other great acoustic musicians too numerous to mention whose music has rocked Malawi and its neighbouring countries in the past. Weren’t these artists more deserving of the Grammy than our rookies who have been put in the spotlight for their arguably average music?

As soon as you realise that the Grammy nominations are selected through Western eyes, everything begins to fall into place. As Nigerian writer Chinua Achebe argues in an essay titled “An Image of Africa”, there is a tendency in the West to present Africa as a place of atrocity and destitution deserving white sympathy. He was making this argument in his analysis of Joseph Conrad’s Heart of Darkness – deciphering the image of Africa we come across in that work.

When you understand the image of Africa that prevails in Western eyes, you will understand that the Grammy nomination may just be one of the ways that the West employs to advertise “poverty porn” in Africa – to present Africa as a place of suffering seeking white saviours. The musicians they nominate for the Grammys in the West are oftentimes achievers and heroes. In a crooked vein they look at our music and our art in general and choose to nominate an average prison band – victims and sufferers. That is the image of Africa that they want to send out to the rest of the world – that’s the image that suits their imagination.

This will not be the first time the West will be using music to look down upon Africa. As James Schneider writing in NewAfrican observes, this tendency started some thirty years ago with the Band Aid, a fundraising effort in which dozens of Western musicians came together to sing the charity single “Do They Know It’s Christmas?” to raise money for the Ethiopian famine. And recently Band Aid 30 was amalgamated to fundraise for efforts against Ebola in Liberia, Sierra Leone, and Guinea.

Schneider argues that “those involved in these songs may as well have had good intentions, but the whole initiative presented an offensive image of Africa and Africans. It denied African agency by suggesting that what the continent needed was for the West to save it”. And Pan-Africanists have concluded that the songs and the narratives they peddled were just symptoms of what another Nigerian writer Teju Cole termed “The White Saviour Industrial Complex”. This White Saviour Industrial Complex describes the power relations that privileged outsiders and their African agents want to enforce on the continent. The phrase points to the nexus of power lurking behind supposed “Western do-gooding”.

So in our excitement with the “recognition” that Africa has received with the Grammy nomination for The Zomba Prison Project, we must bear in mind the nature of the “good intentions” that the West have for Africa and Africans. These are the people who came to steal from us and enslave us and are now coming in behind masks of goodwill to expose the poverty they created and that they are perpetuating. When they will be clapping hands for this band, they will be clapping to sympathy. The best of them will be moved to do something for us. But do we need their sympathy? For Africa to be truly free from Western bondage, Africans must strive to know and understand the philosophy behind Western thinking. As Bob Marley would say, we must first of all “emancipate ourselves from mental slavery”.

Tryphena Yeboah: Who Do You Say I Am?

Eight Years and Forty Days: A Short Story by Sandra A. Mushi