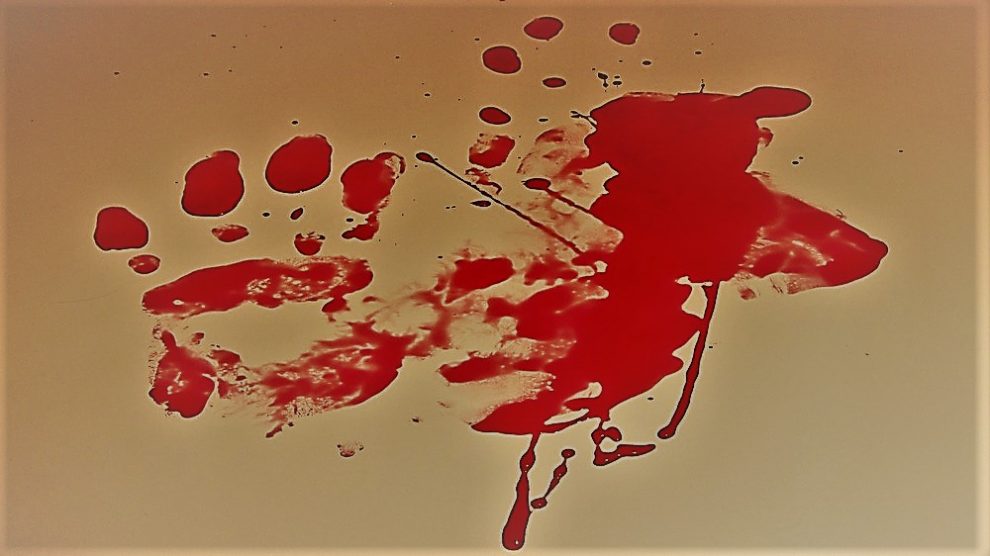 The images on my walls are the pages of eulogies written as anthologies without melodies by families and friends who cannot understand how travelers vanish into the bush like the Malaysian flight to be silenced in dismay inside the war of George Bush. They didn’t come home from their pilgrimages only to slap the hemoglobin of loved ones with sickle cell that cannot carry enough oxygen needed for breathing.

If you’ve cared to read them, blood would’ve flowed to the wrong side of your brain to invite the rain for mopping out the stain of death. Blood is flowing down from the wall to fall down at the feet of death sitting on the throne that serves men and women with borrowed time. Victims are the vanquished who come back home as strangers, passengers, ghosts and spirits knocking on the only door they know as the safest freedom. Victims are numbers that cannot be counted like pie starting with three and painting fingers to dreams daring the red sea for a sail only to be closed up with blood paintings by death. Inside the red sea blood is used to stop dreams of peace and unity with raging tears and sorrowful memories.

Victims rush to pick numbers counting their death date in reverse. Age counts backward, you’re going to pick one yourself inside darkness or light to either die freezing inside the moon or be dyed burning inside the sun. Victims don’t come back home, you’ve to know this. They mount on journeys, wars and explorations to be swallowed inside their own blood, inside their own fears reversing time and drowning all the flickers of light for burial among sinners, in diaspora, in foreign lands like Samson. Memories of home prompt you for reunions that will never happen. The noises you keep hearing like tinnitus on your door every night are the ghosts and grave posts of men and women who died floating into darkness like shadows betrayed by light. These numbers aren’t flowers; they keep counting dreams into tears, into fears, into pap smears conducted in Hopkins. You only knock with tears when you’re floating on doors, only cry making mucus when you’re floating trying to hug someone, only wail like a train when you’re running too fast, trying to stay, trying to slow down and live again.

Victims don’t knock on doors they lock it; they don’t open windows they close it.

It’s too late to be knocking on the door of the living when you’re dead. Dead people don’t believe they’re dead, they try to be human, try to stay alive, try to breathe only to float everywhere like oaths.

I know of places where lovers drink water to prepare to die inside
their bodies
like it was a taboo to grab the mouth of the only
river you love for a kiss.
You’re in Washington D.C. drinking medicine and mocking
the young and old clothed with names that stop the human heart through a gaze
with love.
Names can kill you when they’re called in the night.
Dawn can be beautiful and ugly at the same time when everything you
drink betrays you
like alcohol or a drug
placed in a jug
to be devoured by slimy thugs.
We cannot rest here, we’re dying from swallowing the head
of thugs with machetes
and jets
of virus and bacteria breathing through their mouths
like the south storm.
Remember their faces with a name called love
that covers their disease with drugs.
We rest here to die from
a radical that chemists know so well to
call disease.
————
Poems (c) Paul Oluwafemi David
Image: Pixabay.com

Paul Oluwafemi David is a scientist, philosopher and poet who fell in love with the beauty of Nature. He is currently a student doctor at the College of Human Medicine, University of Nigeria, Nsukka. He is also a student of Professor Wole Soyinka and Ben Okri. He believes in humanity and opportunities. He is also a member of the writers’ community at UNN.