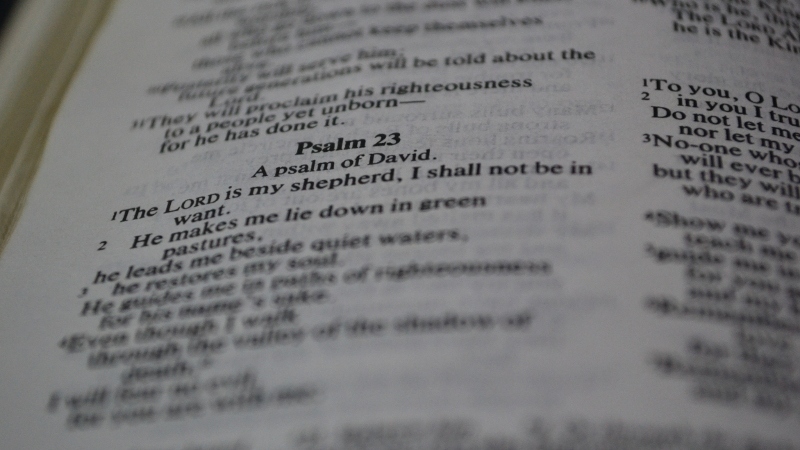 I had just gotten into a bus that would take me home. I had waited an hour for one to come around and here it was. It was already dark and a bit late and I was in need of a good night’s rest. I wanted the seat closest to the door because I always dropped early and it wouldn’t be logical to sit at the back, so I waited for the bus to fill up before I took my seat. I stood at the door of the bus for about 30 minutes until it finally filled up. At that point a plump woman- as if from nowhere- proceeded to push me aside and plant her derriere on the seat I had been waiting patiently for. I consider myself a pacifist, I avoid altercations and when in a room and I sense a conversation is getting heated, I leave. So I said to the woman in my calmest but sternest voice “Madam na my seat be that.” I spoke in pidgin unsure of her ethnic group or mastery of English but I was sure she understood pidgin. Everybody understood pidgin. She didn’t reply me, looking forward as if I had not said anything. I was getting very angry.

“Madam, I talk say na my seat be that. You no dey hear?” I asked her if she was in some way hearing impaired, with my voice shaking as it usually does when anger starts taking over.

“I no see person here,” this woman said with her bleached skin gleaming in the light from the stalls around the bus stop. She didn’t budge.

As if to annoy me, a man who smelt a lot of alcohol and cigarettes suggested that I should just leave her and wait for another bus. The look on my face probably said enough to him because without a word from me, he returned his attention to his phone. Stupid drunk.

People in the bus had begun to scream at the woman, asking her to leave the bus and informing her that I had been there and that she was preventing us from starting our journey. I was particularly fond of a snarky remark from an old woman at the back of the bus with hair so gray it was almost completely white. She had said “See as she fat. Just rushing into a somewhere with her big bumbum. Agbaya” calling this heavyset fair woman that was occupying my long-awaited seat an agbaya which in Yoruba is used to refer to an adult or grown person who didn’t act their age or behaved like a child while also referring to how she had literally pushed me aside with her huge backside (her bumbum) which was now snugly deposited on my spot.

Amidst all the shouting, and remarks like “Go away jor” from most of the passengers, this woman stayed put, rolling her eyes almost every second, so much so that I thought she was having an epileptic episode at some point. The conductor was starting to get impatient, he didn’t say anything but I could see it in his eyes. Wait a minute, he hadn’t said anything. I promptly turned to the conductor who had been there while I was standing and waiting for this spot. I gave him a look that said “Are you really going to say nothing?” and almost like clockwork he said with his raspy voice “Madam, come down. He don give me money” telling the woman that I had already paid for the spot when in fact I hadn’t even brought out my wallet. I looked at this man they called Baba Ibeji with new found admiration because he had sorted this whole thing out with what I would call a white lie. I was quite unsure of how this thing would turn out; a part of me was scared that I would have to let it go and wait for another bus. I relished the look she had on her face as she – with great discomfort – uprooted her enormous self from my spot and proceeded to alight from the bus. She came down from the bus and walked away and people in the bus made noises in jest of her. She made sure to step on my foot as she came down. I winced from the pain of her huge feet crashing down on my skinny already deformed toes but I didn’t say a word to her. Typical sour loser.

Baba Ibeji with his hands down and away from the light gestured that I should quickly hand over the money, which I did after fiddling with my wallet for a few seconds while trying to hide it as the fair woman was still hovering around and visibly fuming. Good riddance, I thought when I saw her pacing back and forth. I climbed into the bus and planted myself snugly in my spot while Baba Ibeji closed the door of the bus and hit the side to signal to the driver that he was good to go. Baba Ibeji was one of the few ‘in-house conductors’ at the Oshodi bus stop. He never followed the buses and he was always there at the bus stop from as early as 5am till as late as 11pm screaming “Isolo, Isolo!!!” and sometimes “Isolo one!” to signal to prospective passengers that there was only one seat left in the bus. His left eye looked severely injured; it didn’t have a proper colour anymore. I wasn’t even sure he saw with it. He was called Baba Ibeji, which was clearly not his name. It was Yoruba for ‘Father of two’ and it was a moniker given to fathers of twins. I had always tried to figure out why he was called that. A man like this couldn’t possibly have a family, but in the event he did, his children were probably grown as he himself was well on in years, and I would place him at 54. He always had a face cap on and he never smiled (okay there was this one time but I wouldn’t call it a smile. He just showed his teeth).

The bus roared to a start and the engine coughed like an old man with tuberculosis. We were finally on our way. Almost on cue, the man who had asked that I wait for another bus started a conversation on his phone that would last for a while. He was rather noisy. We all sat in the bus each person minding their business, enveloped in the sound of the sick engine and the noisy drunk who was talking about containers. No he did not sound Igbo. I looked around the bus, as I am fond of doing when my phone is dead and I have nothing else to do. Something caught my eye; the sunshield above the driver had a rather peculiar writing on it. It read “PSAM 23” each letter having its top-half painted red and the bottom half painted blue. I squinted trying to make sure I was seeing correctly, that the dim light in the bus did not somehow hide the ‘L’ that was supposed to be – to the best of my knowledge – in Psalm. Seeing ‘Psalm 23’ on or in a bus wasn’t a novelty in Lagos; trucks, buses, Lorries, they all had it or similar inscriptions like ‘John 3:16’ splattered within and without. One would expect these drivers, thanks to the verses on their vehicles, to be quite godly or at least a little nice but a tiny altercation with them will only prove ‘Psalm 23’ on the bus to be but an attempt to beautify the bus with familiar things. The fact that the artist who produced this masterpiece knew Psalm enough to remember the P but not well enough to put the L baffled me but I didn’t think of it too much. I just snickered and assumed he decided to break from convention and maybe named his bus Psam 23.

We had now passed the Emzor Pharmacy and were headed towards Aswani Market, one of the busiest markets ever. It was empty now, deserted. I rubbed my aching left thumb. The fat woman had sat on it when she had claimed my spot for herself. Ahead of us we could see some flashlight lights bobbing in the air, moving up and down. We knew who they were and we did not like them despite the fact that all over their offices posters said they were our friends. They most certainly were not. The woman directly in front of me who up until then had not made a sound said to nobody in particular “Awon olopa oloshi yi.” These foolish policemen. This suggested this was not the first time she had been in a bus stopped by them.

We slowly came to a stop behind another bus that had been parked and one of the officers walked up to the bus annoyingly slowly and brandishing his gun carelessly. His uniform looked four sizes too small for him, his belly pushing the buttons to their limits. All the while he was walking to the bus, he kept smiling. Everything he did annoyed me. He stood by the driver’s window and peered in and spoke in hushed tones for a bit before he began screaming at the driver demanding he step out of the car and come for ‘questioning’. The driver pleaded, adding that he had only made 5 trips today and he had no money. This obviously pissed the officer off because he forced the door open and dragged the man out. I sensed something brutal was about to happen. Emotions were high in the bus. The women were screaming at the officer with their shrill voices. Someone needed to do something about this. Someone did do something about it.

The drunk man stood from his seat and pushed past the woman in front of me. Finally out of the bus, he staggered to the officer who was now holding the driver by his belt and slapped him. Everyone was silent for a second. They had seen what just happened and could not determine if the man was mentally unstable or on a suicide mission. The sad look on the old woman’s face followed by the slow shaking of her head said she thought he was both. The woman in front of me screamed with her hands on her head, “Ta lo ran were n’ise?” Who sent this mad person on an errand. The beating that ensued lasted too long. The drunk was now bleeding from every visible part of his anatomy and he was still not relenting, flailing his hands in an attempt to hit the officer’s face again all the while screaming “You are all a thief. All of you!” He obviously had more alcohol than blood in his system at this point, but sadly, I agreed with him. They were thieves.

The women were now out of the bus – except the old woman; she couldn’t be bothered – begging and pleading with the officer and his colleagues who were intent on making this man pay with every drop of his blood; literally. After a while, I and the old woman were the only people left in the bus and I looked at my wrist watch; it was 10pm. I turned and looked over at the old woman and said “O da a aro ma.” Goodnight. I stepped out of the bus and amid the noise of women screaming and “You are all a thief”, I briskly walked away from Psam 23.

Edwin Madu is a short story writer, poet and occasional pacifist. He was one of the selected participants at the 2015 Farafina Trust Creative Writing Workshop.