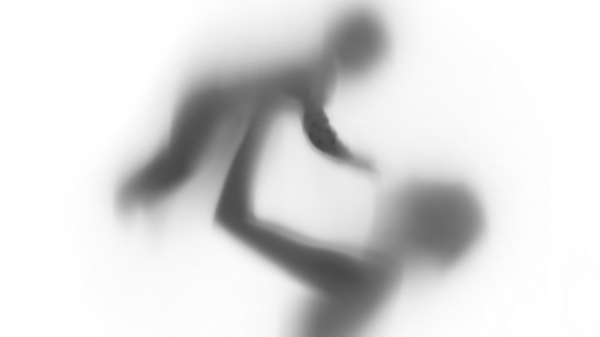 Naming a Child in Exile

The language by which we call our ancestors
Lose their mythical meaning to the winds of exile,
Baptizing an African child in America indoors, on the carpet
Is not an act of naming a child outdoors; done at dawn
On the African earth at home –
The libation loses its mystery
The proverbs recounted without the weight of wisdom
Ancient as the tongue with which they are spoken
The oracles shrink in scope and the
Mystic magnitude of sacred rites become lost
To the sound of appellations spoken in multiple languages,
For the less erudite to understand –
At the end of the ceremony, the act
Of divination fades away at the moment it is uttered.
But still,
The symbolism of ritual is enough to mark the soul of the child –
On the concrete floor of this urban earth
That he is African, named after a grandfather
Hunter of sea lions by spring
Farmer of corn fields by summer
Vegetables by the setting sun
Husband to a dozen wives at the prime of life –
Africa’s name is whispered
Through the vanishing languages of our ancestors
Exiles’ toll on tradition is heavy
Memory becomes metaphor, for a journey to nowhere.
But the giggles, the laughter and the mirth
By exchanging gifts are genuine…
Liqueur is poured, libation takes place
Cola nuts shared, food enjoyed
Reminiscences of the old country
Of tribal life, deceased relatives, gossips
Soak the air with conversation.
I bid the women gathered my farewell…
Thinking: We are the sons and daughters of a vanishing era.
New tribes of another country and the
Children born in exile, grow up
Only capable of imagining what Africa could be –
On the magical morning of any day
When a child is named in the enchanted language of the gods –

Are there poets, writers and academics amongst us?
People who can craft a vision out of the
Imagination of philosophers and visionary sorcerers
To draft and later enshrine a parable for history to infer
To protect our sacred dreams of our well-being within –
From the wrath of future and present despots
Do we have the will to imagine a world beyond tribe?
That transcends the imprisonment of nationality,
Into the area of a continental country –
Do we have the wit to witness to ourselves the
Inept undoing of potentates and war lords – Do we?
To live life without riddles is to live without history.
Parables are the preamble to the evidence of things
Yet to come – A metaphor of the future
And the things of beauty and affluence yet to be seen –
So every experience is a clue to something beyond
The realm of what is within our sphere of knowing.
Are the civil wars the coups and dysfunctional governments –
The mass famine and thirst – the diseases, epidemics, filth and hate
Evidence of more things yet to come –
Or are they visible signs of treasures wasted
Opportunities missed, faith subverted, dreams deferred
Resources ruined and wealth drained? I suppose…
I am making room in my imaginary country to elect
A philosopher king, lover of books
An entrepreneurial leader, creator of wealth
A sorcerer of science, dispeller of superstition
And an advocate of commerce, icon of free trade
To set an example for Africa to see –
Who has a very loud voice to speak?
That it shall reverberate across the land, beyond the tribe of nations –
Out of the slumber of time and the curse of self-hate
A bell must ring to awake a continent in slumber
From the psychic coma of history
And to rally all the exiles to come back home
To preach the prosperous gospel of enlightenment –
Once in a life time when the secret of self knowledge
Is made plain on the crowded streets of Africa
Shedding light into the dark despotic haven of fear,
To set shackled minds free, once and forever more –

There is a story waiting to be told
That story is deeply asleep within
The collective unconscious,
And that story is the parable of ancestral gathering.
It is a story that is an allegory through
The valley of the shadow of death, fear and shame
Through the sacred corridors of illumination
And in the chalice of divine awareness
Africa becomes already united…transformed and whole.
What do we do with this knowledge
That we become what we think about?
And the evidence of thought is but the thing
Thought about –
There are sacred scrolls, hidden gospels
Mythical dreams, spirit gods and ritual processes…
Prophesies foretelling the second coming of the Osagefo –
The mythology of this gospel, the earth was never flat…
So let no tyrant, dictator or head of state put asunder
The mythical meaning of the dream –
This is the story waiting to be told
Within the inner sanctuary of the soul –
From slavery to salvation
From colonialism to self-conception
From self-betrayal to rebirth
From fear to faith,
From poverty to prosperity –
Deciphering the secret codes, symbols and ciphers
Hiding the secrets into the inner realm of opulence –
Africa is waiting for the voice of the storyteller
To tell the world of our faith in the evidence
That this continent is already one, living an abundant life
One in spirit, thought and in consciousness –
This is an invisible truth, awareness into the kingdom of light.
Of all things made possible by creative thought.
She has been a mother of the earth of our faith
Magdalena of history, myth and metaphor
Vilified yet valiant, defiled yet defiant
Persisting within the conscience of the world
To be decoded –
Her name is Africa
This is the heresy of history waiting to be told
“What happens to a dream deferred?” asked Langston Hughes
It returns to haunt. It returns and returns…Until,
It is told by those who are ordained to be storytellers
Of the mythology of the heroes journey…yet to be made plain –
This is the meaning of a self-fulfilling prophesy…
And a self-actualizing thought
In the magical meaning of my African Dream –

The opposite of love is death,
Hate is too weak an adjective
To stand against the power of love –
I am bemused by the magic of this invisible earth
Giving birth out of the passions of history –
Where do I go to find the realm of infinite love?
For I am mapping out new paths
Into the kingdom of prosperity
Through the labyrinth of my mind
Making affluence my companion
The mythical goddess of possibility my counsel –
Death is my ultimate evidence
That life is real and thoughts are but
A metaphor of things yet to come –
Oh, sacred flower of a dreaming heart
Show me the recipe of God’s alchemy
To transmute thoughts into things
Imagination into image nation and dreams into reality
To render all things good in the end –
Pain and suffering evaporate into the ether
Of God’s crescent space and His mind made visible
In the invisible sphere of human thought –
Time becomes empty, shaping out the seasons of life
Healing myself of regrets and mistakes
Before the empty slight of the traitors’ eye
Ungrateful multitudes who couldn’t appreciate my song –
So I depart from the material realm into the spirit world
Learning at last the meaning of the Emerald text
“As above so below, as within so without…”
Till earth becomes one with heaven –
I am but a miracle made alive by love
Dreaming, dreams of a dreamer who has but glimpsed
The infinite world of endless possibilities –
So I sing my song all over again, Symphony of Words
Out of the note books, from the Promised Land –

Daughters of Eve and Other Tedious Tales

Nzube Harry Nlebedim: We are the City!

In this City: Poems by Kehinde Agunbiade