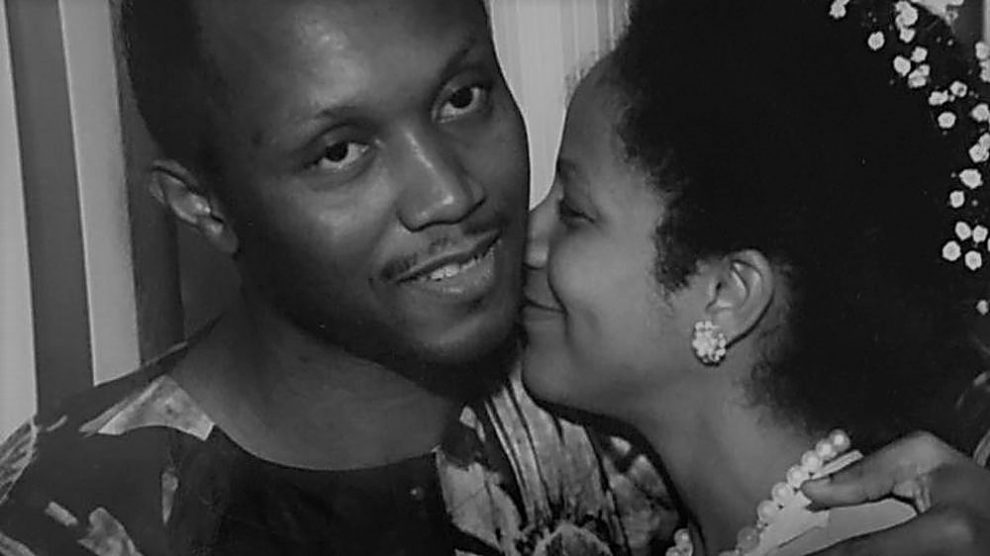 The book tour of Professor Okey Ndibe across six Nigerian cities has indeed been very engrossing – an irresistible force, more like. The personable Ndibe has on offer his second novel Foreign Gods, Inc., and his memoir Never Look an American in the Eye which bears the intriguing subtitle “Flying Turtles, Colonial Ghosts and the Making of a Nigerian American”. There is no escaping the legend that Ndibe had already donned the esteemed feather of the eagle as a journalist and columnist before his storied foray into the world of fiction writing.

Let’s start from near the end of Ndibe’s captivating first reading of the tour at Patabah Bookstore, in the Surulere Shoprite axis, Lagos on July 9 when I asked him why the new edition of his first novel, Arrows of Rain, published by his American publishers, Soho Press, Inc., New York, does not include any information whatsoever about the initial publishing of the novel in 2000 by Heinemann Educational Publishers, London, as a part of the famed African Writers Series. The author confessed that he had not noticed the curious omission. It could well be that the smart American publishers would not want to share the “discovery” of a prized asset such as Okey Ndibe with any ancient pretender!

It did of course add luster to Ndibe’s reading that copies of the American edition of Arrows of Rain were available at the well-stocked Patabah Bookshop alongside Foreign Gods, Inc. and Never Look an American in the Eye. Ndibe’s debonair Nigerian publisher, Bankole Olayebi, CEO of Bookcraft Africa, Ibadan, was on hand with his rendering wife and family to lend a convivial atmosphere to the rainy day reading in the jam-packed bookstore.

A committed raconteur, Ndibe tells an arresting story. He sets the tone in his debut novel Arrows of Rain through the vehicle of the weird protagonist Bukuru who bears the burden as the last person to see a woman running into the sea – and drowning. The primacy of the story in Ndibe’s incunabula is borne out by the following words: “My grandmother was right: stories never forgive silence. My silence has no hope of redemption. It is too late in the day for me to look for grand insights. What I know are simple truths. I know that the fabric of memory is reinforced by stories, rent by silences. I know that power dreads memory. I know that memory outlasts power’s viciousness. I know – as a man accused of rapes and murders I didn’t commit – that a voiceless man is as good as dead.” Ndibe explains the genesis of his first novel in his memoir Never Look an American in the Eye: “After writing close to sixty pages in the voice of a madman, I became scared about the health of my own mind. I decided to write, not about a madman as such, but about a protagonist who, on the exterior, looks the part, but, on closer scrutiny, as the dramatic events unfold, reveals himself as frighteningly sane.”

It is a twice-told story that a successful first novel is almost always a tough act to follow. Ndibe’s second novel, Foreign Gods, Inc., takes all of 14 years to make its appearance, but the wait is indeed worthy of the weight and heft. The mind-churning story of Ikechukwu Uzondu, “Ike for short”, depicts a well-educated but accent-oppressed New York cab driver anti-hero who deigns to steal his homeland’s god of war, Ngene, from his native Nigeria for a promised lucrative sale in the USA. The poor god Ngene is sold cheaply to Mr. Gruels, the grasping proprietor of the eponymous Foreign Gods Inc. gallery, who resells for profit to a visiting Japanese tourist. After the ominous trade Maggots assail Ike’s life such that he wants Ngene back from Gruels so that he can send the god back to his Nigerian village of Utonki. Gruels’ words are telling about the new home of the stolen god Ngene: “Its new home is somewhere in Japan. You should be proud that a deity that once lived in your village has travelled to Asia.” Many American newspapers and magazines named Foreign Gods, Inc. as one of the 10 best books of 2014.

The memoir as a genre reigns supreme in modern day America. Ndibe’s memoir Never Look an American in the Eye goes well beyond the realm of the razz fare germane to America and eloquently delves into telling the inner truths about the self. West Hartford News describes Never Look an American in the Eye thus: “A generous, encompassing book about the making of a writer and a new American.” A dreamer from the very beginning, Ndibe reveals “sometime just before I entered secondary school in 1973, my itch for America began.” His multiform encounters with the legendary novelist Chinua Achebe eventually leads to the author of Things Fall Apart inviting Ndibe in 1988 over to America to edit the magazine African Commentary. The under-capitalized but very promising magazine dies, and perforce Ndibe was aided by sundry benefactors to fund his further education and make a bold entry into fiction-writing. To round up matters, Ndibe falls in love with Sheri Fafunwa and marries her against his proclivity for philandering: “I had been a lifelong playboy, astonished by my father’s gift of steadfastness, terrified by the whole notion of commitment. I suspected that marriage meant a wholly different, novel kind of adventure. What were my options as a married man? What kind of husband would I be?” In a very astounding turnaround, marriage completely transforms Ndibe to a model of fidelity and commitment as the doting father of “the three Chis”, namely Chibu, Chiamaka, and Chidebe.

Ndibe’s reading at the Faculty of Arts Boardroom, University of Lagos, on July 13 marked a remarkable return for the author to the institution where he had served as a Fulbright lecturer. At the Goethe Institute, Lagos on July 15, the rush for Ndibe’s books was such that the publisher ran out of copies! The train then moved to the Saro-Wiwa English House, English Department, University of Port Harcourt, on July 18 where the enthusiastic

literati doted on Brand Ndibe. The tour then anchored on July 21 at the UNEC Main Hall, University of Nigeria, Nsukka, where Ndibe at the beginning of his journalism career had interviewed Chinua Achebe who used to teach in the school only for the tape recorder to fail dramatically as relayed in Never Look an American in the Eye: “Two days later, I arrived in Nsukka for the salvage interview. This time, I went with three tape recorders. I also took copious notes, prepared for technology’s capriciousness, mischief, and malice. Achebe was as indulgent as the first time. He was genial as he answered all the questions I threw at him. I paused every few minutes to check that the three recorders were working.”

Ndibe touched his home base on July 22 at Havila Suites, Awka, a stone throw from his hometown of Amawbia. The politicos exploited the presence of the local boy who made good to showcase their place in the sun. The Abuja Literary Society hosted Ndibe at Sandralia Hotel, Jabi on July 28 while the author made a return to Lagos for the reading at Quintessence in Ikoyi on July 29. The whirlwind book tour was rounded off at Bookcraft Africa Headquarters, Bodija, Ibadan, on July 30, the home front of Ndibe’s resourceful publishers.

The last word of course belongs to Okey Ndibe thusly: “I treasure telling audiences, especially of aspirant writers, how a lie offered me a path to a vocation as a writer. I always end by underscoring the moral of the story: Lie about being a writer, if you have to, but have the courage, grit, and stamina to turn that lie on its head, make it spell truth.”

Biachi Ndidi Anointing: Prayer Against the Songs of Silence

The History of Courage and Prayer: Fiction by Abigail George

Did You Hear the Afrocentrism in Beyoncé’s The Lion King Album?