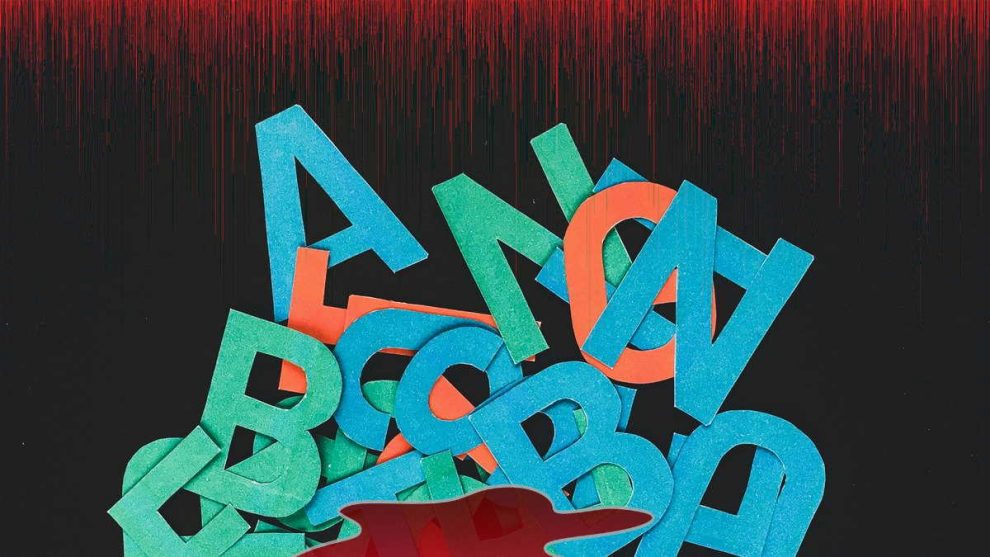 because life is as simple as ABC / I ate up 26 memories.
because C is for children, constipation, cholera & coffin.

this is how my alphabet tastes like:
a drop of ink a drop of blood.

funny how their pleas sounded like my nursery rhymes.
another one silenced like the b in debt.

letter S slithers like a snake to a boy’s laughter .
he was my classmate in nursery two.

father re-married for the fifth time. the family tree
looking like MNVWX; like sticks falling on each other.

P for problem. how do I explain to my step brother
that knife doesn’t rhyme with life?
& it’s not a writing material for a boy’s body?

It took me six years to learn the difference
in writing p q b d           because they all look like brothers at war.

Sodiq Oyekanmi is a Nigerian poet and a student of the University of Ibadan, where he currently studies Theatre Arts. He enjoys writing poetry as he sees this as a creative outlet that enables him to reflect the world around him. He is hopeless romantic. His works explore grief, depression, finding oneself, love and heart-quakes. His work is forthcoming on Kalahari Review and have appeared on Black Youth, Echelon Review, and other literary blogs. When he is not reading or writing, he is listening to Kendrick and Eminem’s songs. You can find him on Facebook @ Sodïq Oyèkànmí.

Keeping the One: Fiction by Felicia Taave

The Journey: Poems by Godspower Oboido

Case of the Agulder Galaxy vs the Shelling Estate: A Dayo Adefila Excerpt