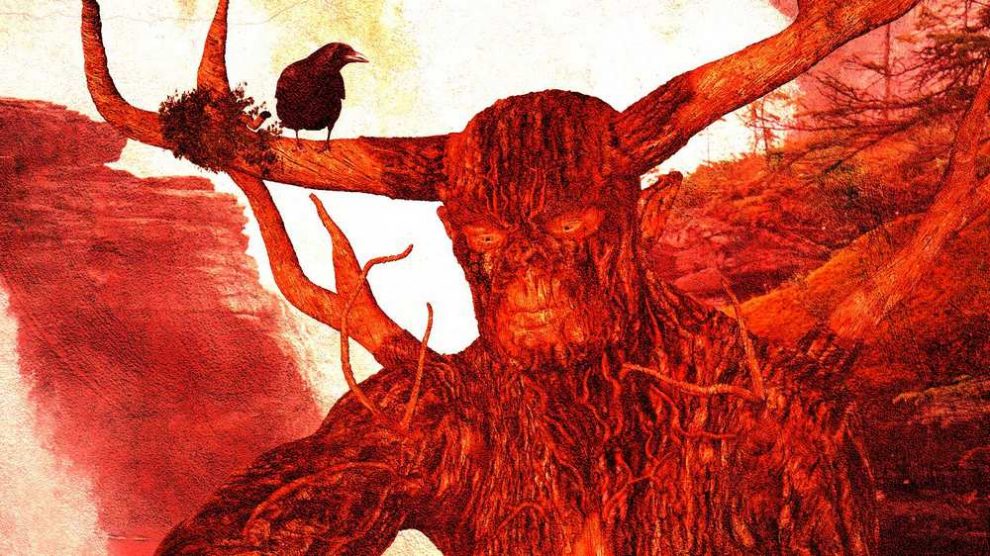 “As flies to wanton boys, are we to the gods; they kill us for their sport.”  – Shakespeare.

There were so many things that the people of Olu did not know. So many tales that the seven villages that made up Umunnachi could not tell, could never dare to tell. Stories they could never write on their golden-brown soil. That soil that always glistened under the too bright sun, giving the soil the colour of red cocoa mixed with very little milk. A soil that had gotten its colour from the too much blood it had tasted, the gory deaths it had engineered.

There were memories locked up in that small coven called Olu, memories begging to be defiled, thorns yearning to be treaded upon. But, Omalinze treaded the thorns and defiled his memory, bringing his own dead unending tales to life, stories of an abomination that had been preceded by abominations. Stories that conjure the picture of a mother carrying a child on her back, and the child carrying another child, and that child carrying yet another; and another. Stories carrying smaller, tinier, yet significant stories, intertwined, not daring to unlock its firm embrace. Memory pushed us backwards.

He tapped the thumb of his left foot continuously on the ground, as if following a mad dangerous beat only he could hear.

“He is a curse”, Ichie Obinze cut in, his head pushed forward as if ready to pounce on Omalinze, his dropped chin resting on his palm. He continued; “An abomination. Who asks a snake why it gives birth to a long thing? Who asks a cursed child why he killed his father? It is its nature Ndi Ichie. This boy is a curse”.

And so no one gave Omalinze the chance to defend himself, because the ‘why’ in Ichie Ezendun’s question was quenched. It continued, with the rebuke and hatred, their eyes blazing red at Omalinze.

Omalinze, the son of fate, whose head hung without a word, whose mouth had been sealed forever never to defend himself again. An abomination which had been the genesis of the present abomination. Soon, spontaneously, tears poured, heart tearing. Loud tears penetrated the ears of everyone, so distinct and loud in the silence that clothed everyone. Tears that raked the body of the deliverer.

He dropped on his knees, shaking vigorously, and his huge body, broad shoulders, seemed defeated, the body of a warrior turned limp. The body of Omalinze and the tears of fate dropped.

Soon, the little, lonely compound with the huts held up with red clay, like a priest holding up a host with his face heavenwards, each lonely hut capped with bamboo leaves; long, dry bamboo leaves that sat comfortably on the hut like an ugly, oversized crown on a newly enthroned king. The compound became filled, filled with passers-by, filled with the people of Olu.

It started with the deed. The taming of a child of fate, the first abomination. And so memory took us deeper, took us back. To the first memory, the last child who was behind the others.

It had started with the decree of the gods, the gods who had chosen Omalinze, marked him as theirs. No one knew what he was chosen for, and no one asked, because it was abomination in Olu to question the gods. They marked him after they gave him to his mother who had been barren for 21 years. And, he had defied his mother’s pampering and became the best warrior in the seven villages that made up Umunnachi. Omalinze who had told the chief priest to his face that he was a cheat and a traitor, in those days when Olu still fought wars of blame, wars that had been engineered by a dubious chief priest, wars that had led to the death of Cheta, Omalinze’s best friend.

And then it had started. As he grew he had seen the hatred in his father’s eyes, the anger that always sat comfortably in Ichie Egbunam’s eyes that made him despise his son.

No one knew if it was a curse or a heavy plague that had made Ichie Egbunam hate his own blood and so Omalinze had watched as his Nnanyi pushed his mother to her grave; had watched as his father turned him into a slave, selling him for money. Then he told Olu that Omalinze killed his own mother.

He had watched in tears as his warrior mark was wiped from him. A warrior never cries in Olu, but Omalinze had cried. He had sunk deep into pity, and had willed the gods to turn, to remember their promise, to fulfil it. He had willed his ancestors to turn in their graves. But, the holocaust came, the last straw, when his father burnt half his tongue with hot coal and he had ceased to speak, ceased to be able to defend himself with words, and Olu had kept quiet. The villages of Umunnachi had been silent. No one had questioned why he had sunk deep into himself. Even Olanna, the only jewel whose feet he had ever kissed as a warrior had sunk away from him in silence. And so, when the opportunity came he had committed sacrilege, the abomination. He had beheaded his father in broad day light; bearing the remains to whomever cared to see it.

Memory brings us forward now, to the present past. The first person carrying the other tinier persons on her back.

“By this time tomorrow, you will be beheaded at the sacred tree by the river bank.” A pause.

“This is our decision”.

The compound was engulfed in silence.

Warriors of Olu pushed him, young warriors like him whom he had taught that all was fair in war; they pushed him away, to the river bank. He would wait for the elders to give the decree for him to be beheaded, like his father.

He would wait for the gods.

Only Omalinze didn’t know that the gods didn’t exist; that they had never existed, but fate did.

The sun began to sink. It sank slowly, into its bed, and the soil of Olu turned a dull milky-brown. Red cocoa with too much milk.

Omeh Susan Chioma is currently a third year law student of the University of Nigeria, Enugu Campus. She is from Ebonyi State, Nigeria and she loves writing, acting and most importantly, she loves the legal profession. Her best stories are those that tell of Africa before colonialism.

Uche Peter Umez
We use cookies to ensure that we give you the best experience on our website. If you continue to use this site we will assume that you are okay with it.Ok