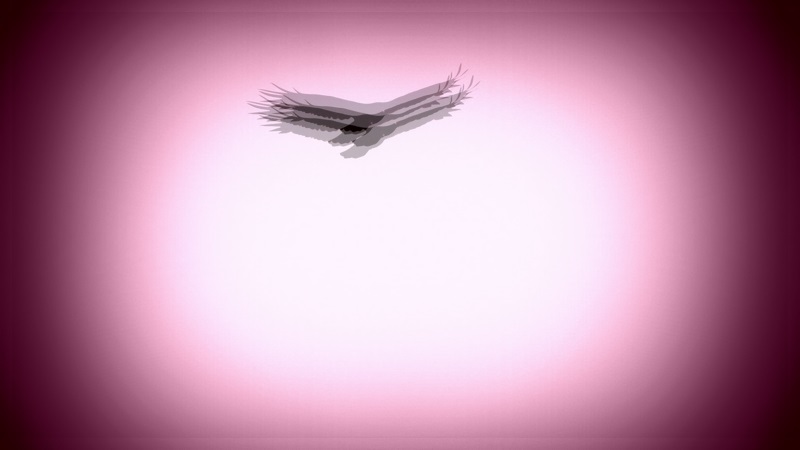 The bereaved ringing of the ng’ou fig tree that lonely evening of scattered orange clouds coincided with the end of the echo in Father’s voice and the beginning of the greying of his beard. And we stood, my two elder siblings taking turns to swing the axe, billets crying like school children as they flew, protesting and abusing the axe. There was no trunk bigger than our ng’ou in Father’s land. And so I wanted to cry as the sad billets ducked into long grass and hid there.

Neighbour Diang’a stood like a dot in his homestead up the hill. Father had just spoken with him, shouting on the heads of the big trees which carried his voice to Diang’a.

Eeeh? Father responded to me after ending his shouting spree with Diang’a.

The tree is crying.

He turned and looked at me. I saw his greying beard.

Father asked me, Where?

I pointed at the reddish-white tears of milk which gathered on the cut wounds of the trunk.

He corrected, That is milk – not tears.

The tree is not crying?

A-a, he confirmed that the tree was not.

That is why we are cutting this ng’ou, Father said to me. You know this tree is not a very good person. He is a big thief. The milk you see there is what he has been stealing from our cow Lando every time I bring the herd here to eat grass – a very bad tree!

Father was scratching his greying beard. I saw my elder siblings laugh.

But I knew Father was lying to me. Mother had almost wept the day before, when the cruel otenga hawk which haunted Odiya swooped before the midday meal, lifting away our only chick, its mother beating her wings at how unfair the world was, the hawk rising and perching on a branch of the fig tree where she lived. What I heard as the hawk lifted must have been the sharp rasping of its claws as our chick cried for mercy which it could not receive because none of Mother’s ten chicks had been given any mercy before.

And so I knew that the better reason for hurting the fig tree than his being a thief, was the hawk that had gone and perched there, on her nest where we all knew she kept her children, and Mother’s helpless cry of –

Yesterday, Mother wondering how the hawk had finished and cleaned all her chicks.

Hack, hack, hack, hack… the echo of the axe was carried by the huge trunks lining both the lips of our overgrown stream. The forested hills took up the echo and relayed it to the top of the hill where Diang’a lived, and then to the other side of the hill, of the world…

Father and I stood looking as my brothers continued digging the axe round the trunk of the fig tree, the hawk perching up there and looking at us, and then flying away after nodding her head that we could not climb and hurt her two children in the nest.

Father said Enough when the ring met. Now we can go home.

I said, But the thief has not fallen down?

And then Diang’a stooped his way out of existence. Quietly like all the huge trees which time had wiped out from his hill. The same way the monkeys left the stream and fled without telling anybody, when their last big tree was conquered by the axe. There were days when Father, equally stooping, would stand in the eye of our valley and say loud things to Diang’a, he also standing in his yard, and then Father’s voice would be carried over the trees, across the stream and up, up, up in the echoes of the trees, to reach Diang’a where he stood a tiny dot on top of the hill. Diang’a would come down after the midday meal and the two walked to the lonely shops. At the time Father bid bye to Odiya the fig tree had dried and fallen decades before; Diang’a’s hill was bald-headed, and our eye of the valley was as naked and violated as a shaved private part…

Till Death: A Short Story by Eghosa Imasuen