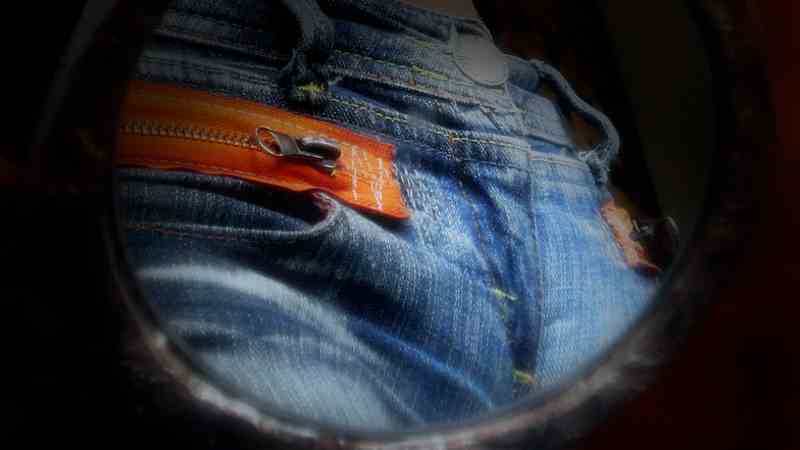 Mgborie was trying on the new jeans when Niki said it.

“You will have to change your name.”

Mgborie stopped struggling and remained still, the jeans barely round her butt.

Apple rolled her eyes. “It doesn’t suit you. It’s so…local,” Apple said. “We can’t even make a cool name out of it; Mgbo? Orie? Mgby? They all sound weird. Why not try Tasha?”

“Oh, that is so beautiful, guys will love that one, and they don’t have to look at us funny when she says that one.”

“Are you serious?” Mgborie laughed nervously.

Nikki and Apple both folded their arms.

“Yes we are. You’ve come this far. Before guys didn’t look at you, but now they do, thanks to us. All that is left is to change your name.”

“Mgborie, Mgborie, what’s in your name? You were born on a market day, what is there?”

Niki offered to help with the jeans. When Mgboria got into it, they stood to face the dressing mirror.

“Ooh, Shirley!” Apple exclaimed, joining them in front of the dressing mirror.

Mgborie stood in the middle, calling the names in her mind, trying to roll them the way Nikki did. She felt like she was rolling a rock.

“Come on, pick one,” Apple nudged.

Just then Caroline and Amber rolled in, gushing about the pairs of shoes they just saw at a stand. Apple and Nikki whooped and left to see the shoes, leaving Mgborie in the dressing room. She moved closer to the mirror and looked herself over.

“Pat, Pat,” she smacked her lips as if tasting the name.

She was born on Orie market day. Her mother, surrounded by five surprised sons, and overjoyed by the birth of a girl – so overjoyed that she almost lost hold of the slippery, red baby – named her Mgborie and made every Orie market day a celebration.

Her brothers, fascinated by their sister and irritated by their mother’s affection, felt it was their responsibility to toughen her up. And Mgborie, pampered by the softness of her mother’s love and inspired by the energy of her five brothers, became popular for her liveliness. She climbed tall pear trees on a dare, swam to the deep part of the stream and held her breath under water till the others counted to thirty. She was the girl who always won the 100 meter dash. She was the girl who impressed the parish priest with her light feet on the football pitch, so much, he sponsored her through secondary school.

When she got to the university, boys took no notice of her; girls didn’t want to talk to her. People couldn’t understand her name, couldn’t pronounce it right. The name was too local, too Igbo, almost embarrassing. Was it even a name for a girl?

And there were other things; she had too much of an Igbo accent; she spoke too much Igbo; she laughed too much; she was too, well, energetic.

For them, identity is a clique; sameness, uniformity. You had to be familiar to be seen. An unfamiliar face was no face at all.

She identified with a group and looked like them, talked like them, laughed like them. She gave up her accent and took up a singing voice, exchanged her outbursts of laughter with “oh, that’s so funny”, her energy for the smiling placidity of a rubber doll.

She moved from one end of the dressing room to the other, calling the names. She stood in front of the mirror, testing the names one by one like clothes, wearing them briefly to see the one that would fit, and then discarding them. She wore about ten names, but they were all bogus.

Later, the girls walked down to the park, holding pink plastic bags. Amber was talking about a party that was scheduled for the weekend. Nikki and Apple were running a commentary on a woman who in their opinion made a horrible fashion statement. Just then a young man stopped in front of the girls and stretched out his hand to Mgborie.

“Angel, what’s your name?” He asked

Mgborie shrunk. The other girls looked at her.

“Shir-ley,” her voice was tiny.

“Excuse me?” The man asked.

Mgborie sucked in air. This time she said it in a loud voice she hoped was convincing to the man, her friends and herself.

“Shirley. Yes, my name is Shirley.”

Ifediba Zube is a medical student at the University of Port Harcourt.
She loves speed writing in a journal and has a sweet tooth for Lesley
Nneka Arimah's stories. She has been published on Kalahari Review.

When You Know It’s Over: Poems by Atuhairwe Agrace Mugizi