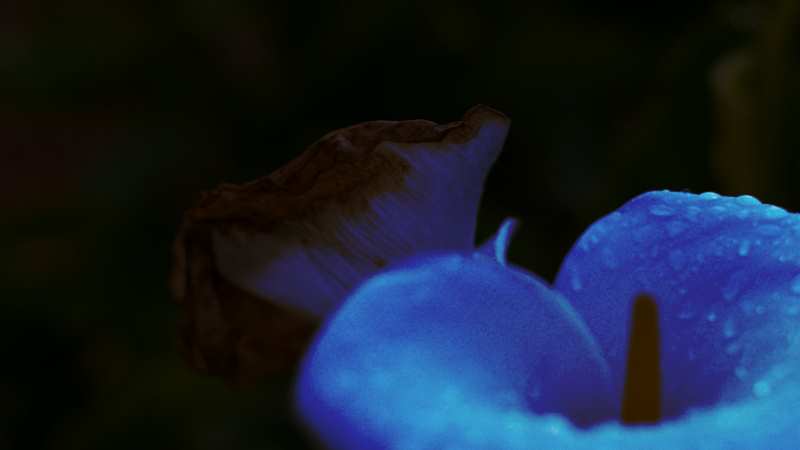 Mummy was young and alone. The men came into their home that unfortunate night and they killed her father and her only brother mercilessly. Her mother had died from the shock that same night. Same night, the men took her innocence. It was just her alone, with a little me, inside of her. Some woman took her in from the streets as a help. Mummy found out she was having me while still working for this woman. She called her Aunty Titi. When she found out Mummy was pregnant, she said it was God’s doing that she found Mummy on the streets that day. The thing is Aunty Titi could not bear children for her husband. She wanted Mummy’s baby—me. She told Mummy she was going to take care of Mummy if Mummy let her take the child after it was born. Mummy was only fifteen. She said yes. Aunty Titi took Mummy to her mother’s place while she pretended to be pregnant. After Mummy had me, Aunty Titi told her she was going to pay her off. Mummy did not want a pay off. She wanted Aunty Titi to take care of her as she had promised. Aunty Titi was not going to budge. Mummy took me one night and ran away from Aunty Titi’s mother’s house. She had nothing other than a few naira notes she took from Aunty’s Titi’s purse. I wonder what Aunty Titi and her mother would have said happened to the child she claimed she had.

Mummy met another lady after spending nights on the street. She begged to work for her in her bar to feed me. The woman made her salesgirls do all sort of things with her customers—the male customers. Mummy did not like it at first but later on, she got used to the men touching her. She left Madam’s place when I was three. She had a job in a hotel as a cleaner and we lived in a face-me-I-face-you apartment. I started noticing men coming to our place from time to time. Mummy sometimes got all dressed up and left me in my neighbour’s house, Mama Tobe, while she went out. Tobe and I soon became friends.  Tobe was my only friend. I was five. He was seven. When I asked Mummy why she had more male friends than female friends, she did not answer.

‘Don’t talk to any of those men or take anything from them.’ She said to me. ‘They are not people to associate with.’ I wondered why they were her friends then.

I took gifts from them sometimes even though she said I should not. They seemed like nice people. Some of them seemed very rich. Some came in huge cars—mammoth-looking jeeps which they left parked outside and others did not. Sometimes, more than one man came to see her at the same time. Mummy always left me outside when they came visiting and sometimes, she sent me to Mama Tobe’s house. I liked playing with Tobe. Mummy said he was a good boy.

I became ten and one day, twelve year old Tobe told me Mummy was a sex worker. He said that was what his mother said one day.  I did not understand the term. Tobe knew what it was. He explained that those men were Mummy’s customers. Tobe’s words rang zing zing zing in my ears. I did not believe him and I told him not to say such things about Mummy.

I confronted Mummy. I asked her why Tobe’s mother would say she was a sex worker.  She gave no answer. Rather, she ordered,

‘You will no longer speak with that boy.’

I started avoiding Tobe. Then one day, he told me they were moving out to a new place. After Tobe left, I had no friend anymore. I did not talk to anyone at school. I had always been the shy one, with no friends. I missed my only friend. A few months after, we moved to a new apartment one of Mummy’s man-friends got for her. I never asked her about her friends again. I just watched her, and them.

Now, I am fifteen. You know, the thing is Mummy is sick. Very sick. The doctors say it is cancer. Lung cancer. Mummy smokes a lot, maybe that’s why she has the cancer. Her friends no longer come to visit since her condition worsened. She finally tells me the truth about those men. I am afraid she will die. The other day, I met one of Mummy’s old friends. I told him about Mummy. We had spent all of our money treating her. He said he would help only if I gave him what Mummy used to give him. The rent is late. Mummy’s drugs are due. We need the money. I take his card which he hands over to me from the rolled down window of his car. I am thinking—I have no choice. I meet with this Man, we do it several times. Mummy does not know. She cannot know. She is getting her treatment now. I tell her I won a competition in school and I have sponsors. I do not know if she would get better but I pray she does.

I meet Tobe at the mall today. I am glad to see him. We are still talking when I feel the churning pain in my stomach and the nausea. I run to the restroom and empty the contents of my stomach. I get the stick and wait patiently to see the line. I see two lines. Two red lines. I go home and I find Mummy dead, stretched out on the floor. I stand here, petrified. My feet wobbling. I pick my phone and I feel tears run down as I dial Tobe’s number.

Then, it all goes blank.

Ufuoma Bakporhe is a twenty-one year old Nigerian writer and a final year student of law at the Obafemi Awolowo University, Ile-Ife. In 2014, Bakporhe's debut novel, 'Lettars From an Imbecile', a coming-of-age story centered on child autism, was published by Emotion Press, Ibadan. She is a lover of fiction and every good literature. She runs a blog where her works of fiction are featured. Ufuoma's works have been longlisted and shortlisted in different writing competitions. She has also produced winning stories.