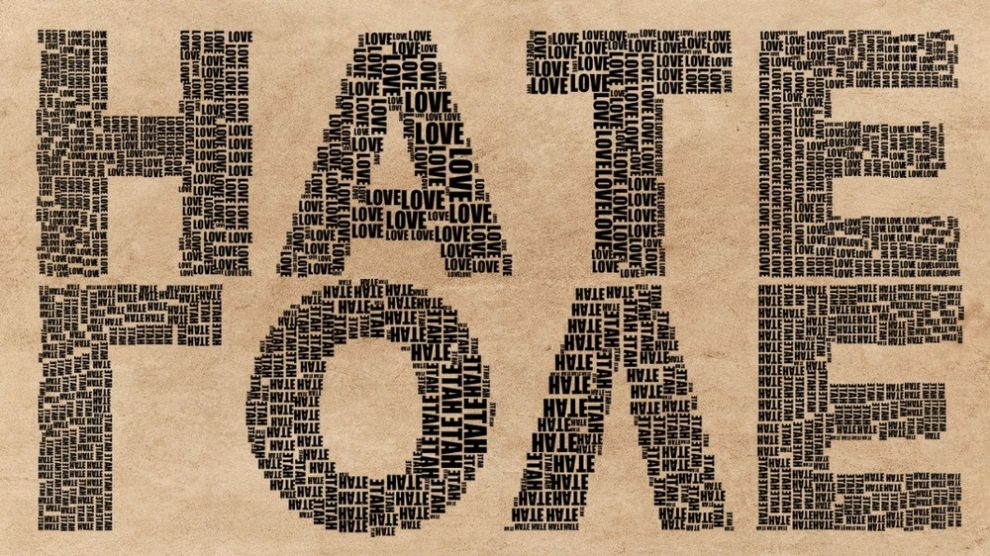 10 Things I Hate About U

Last night, my brother Victor walked into my room to check in on me.
He asked me how I was doing.

Ten voices in my head responded.

will themselves to death?

2
My old name on Twitter used to be: Gabster
Only

people in my life have ever called me Gabster.
They both died.
I changed my Twitter name.

4
If I Die Bury Me Next To My Father.
(Repeat

6
In the 5th grade, my Danish friend Sune, taught me that the number

is pronounced “seks (sex)” in Danish.
It made me blush.

kage bunshin before my eyes.
Squint.

9
I suffered from my first stroke at

years old.
Thirteen years later, I wrote about this for the first time.

milligrams was necessary today to numb the pain.
That’s 2.5 milligrams more than last week.
GLOW UP

Last night, my brother Victor walked into my room to check in on me.
He asked me how I was doing.
Ten voices responded
.
Upon not hearing a verbal response, Victor followed up with the simpler yes/no question:
“Do you need food or water?”
I responded with
one
grunt.
Victor understood.

Hi! My name is Mugabi
That’s Luganda for ‘The Giver’. So I guess I’m predisposed to generosity
How one can be predisposed to anything I do not know
But the ancestors a.k.a. my jajja spoke my name into existence so it must be so

Hi! My name is Augustine
That’s Catholic for a philosopher encased in sin
A.k.a. the 2nd most famous man to release his confessions after Usher
A man who famously said “Grant me chastity and continence, but not yet”

Hi! My name is Ateenyi
That’s Runyoro for ‘cunning, resourceful and wily’
Also, the name of the mythical sea serpent who lurks in the Muzizi
Only granting safe passage to those named Ateenyi

Hi! My name is Olatokunbo
That’s Yoruba for “wealth and happiness from a foreign land”, just like Kimbo
Slice, I’m homeless in my own home
Rhymes coming off a familiar dome; in an unfamiliar loam
but is it really unfamiliar? Or have I spent too long with the unfamiliar that the familiar feels unfamiliar?

Hi! My name is Byenkya
That’s Runyoro for God is with us
In God we supposedly trust
But does God trust us?

Kodak Black Is My Problematic Fave

“Are you serious?!” my Mother replied
“St. John The Bastard” I adamantly answered

“Never use bad words” my Mother had told me when I was ye high
Looked into her eyes
And saw nothing but unconditional love, care and tender devotion
My Mother never went through the motions
She loved me
She knew what was right
So to her ban on bad words I strictly abide
Except-
For the John The Bastard

Bastard alone, I could never say
But John The Bastard was the name of a Saint
Someone to aspire to
And the fact that I could get away with saying a bad word felt awesome
For you see: I don’t curse, I don’t swear, I don’t use ‘bad words’

Swearing is generic and lazy
I mean really, of all the words in the English language
You are really going to choose the most overplayed
To display, anger, frustration and the intricacies of being stuck in a rut in life’s maze?
F-Bombs and female dogs don’t fully express the gravity of the situation!
Nor the depth and breadth of my emotions!
I want to TITILLATE you!
I want to DEFENESTRATE you!
For you see: I don’t curse, I don’t swear, I don’t use ‘bad words’

In my mind’s eye, ‘bad words’ carry a weight
When this weight is expunged from my oral cavities
It stays shackled to my soul making me droop like bait
On a fishing rod, dangling trapped by the inevitability of the situation like Socrates
To put it succinctly, ‘bad words’ make me feel… bad
They are designed to hurt
To maim
I don’t like hurting others
For you see: I don’t curse, I don’t swear, I don’t use ‘bad words’

I don’t like hurting others which is why I live in the realm of metaphor
For God’s sake my mother tongue is filled with metaphor
Nyama Nya Embuzi is one of the worst insults I heard as a child
And it means Goats meat! Why, is that an insult?
Metaphors
Wrapping themselves around my lyrical barrage and silencing the roar
For you see: I don’t curse, I don’t swear, I don’t use ‘bad words’

Because my Mother told me not to
And I listened.

I’ve been scratching myself in my sleep again,
my arms marked up by the involuntary self-harm

It’s Been A While…

Wide eyed and groggy mind-state
Oxymoron, yet description of my state
Of being, as I shuddered awake
To a squelching feeling running down my pants
Faster than Captain Underpants
Pranced around, chasing after Professor Poopy Pants

No doctorate, but my pants are poopy
Did I just poop in my pants? Absolutely!
How did this happen in my sleep? Like a scene in a movie
No fade to black in real life, major oopsies!

You might be chuckling and wondering, how I got to the point where I poop in my pants while asleep
You won’t be chuckling when you discern that this is due to me suffering from three strokes by the time I turned 23
At the time, life was so stressful and depressing that pooping my pants, was honestly a relief
For I went to bed most nights, wishing for death, but that morning woke up to comic relief

Mugabi Byenkya was born in Nigeria to Ugandan parents and is currently based between Kampala and Toronto. Mugabi is a writer, poet and rapper who honed his craft through writing workshops, poetry slams, cyphers and open mics across North America and East Africa. Mugabi was longlisted for the Babishai Niwe Poetry Award in 2015, has been featured on Brittle Paper, The Good Men Project and his writing is used to teach international high school English reading comprehension. His debut novel, ‘Dear Philomena,’ was published in 2017 and he recently concluded a 26 city North American tour in support of this.

Regret: A Poem by Sanya Osha