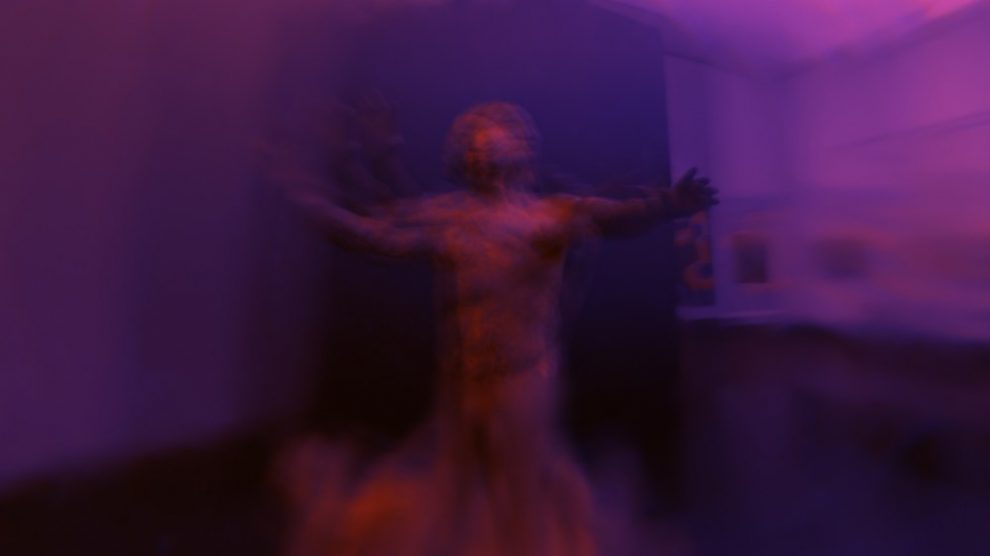 The Gospel According to Eric

1.
…& Eric begat death / the night became a history in my phone browser.

2.
on TV, the sermon on mount Zion became a song
the night kept us company on the living room’s floor.

communion was served at the dinner table & because
my uncle’s body was the bread, it got burnt on the stove.

our bodies carried the shape of the darkness behind a veil
& because picture frame is partially alive, / Eric learned the names of the living;

3.
after church / the pastor says Eric gives his body as a living sacrifice
our views about death began a stone in the sea’s mouth.

two songs became a tale / one memorized our bodies’ gestures
a boy’s body took the size of a grave / a small house down the street became a cemetery.

I held the night by its church outfit / & copied how the sun sleeps at night
I threw my body into prayers / & mourning became a new language on our tongues.

5.
2019, the kitchen sink is filled with sliced voices
My father this evening read his brother’s obituary twice in newspapers
& said blessed are those who mourn, for they will be comforted

1.
Another decade ended five minutes ago
a calendar took forty days to complete a month

2.
I moved through an era of men that the tongue can’t be named
a sin like this makes Jesus weep
the night scared the kitchen door to swing back into the wind
The faucet begins rust into old age
my father hired the world to watch my body grow from the soil

3.
a boy drowns into tears like paper boat
the sea kept its promise by returning to the shore every afternoon

Jeremy T. Karn is a 23years old poet and storyteller from Monrovia, Liberia. He is an undergraduate student studying Sociology. His poems have been published by Praxis Magazine, African Writer Magazine, Odd Magazine, Kalahari Review, Arthut and other places. He can be reached through his email jkarn209@gmail.com

At the Foot of my Ten Fingers: Fiction by Abenea Ndago

G’Ebinyo Ogbowei: On Empires, Prickly Poetry and the Coming Hour of Reckoning