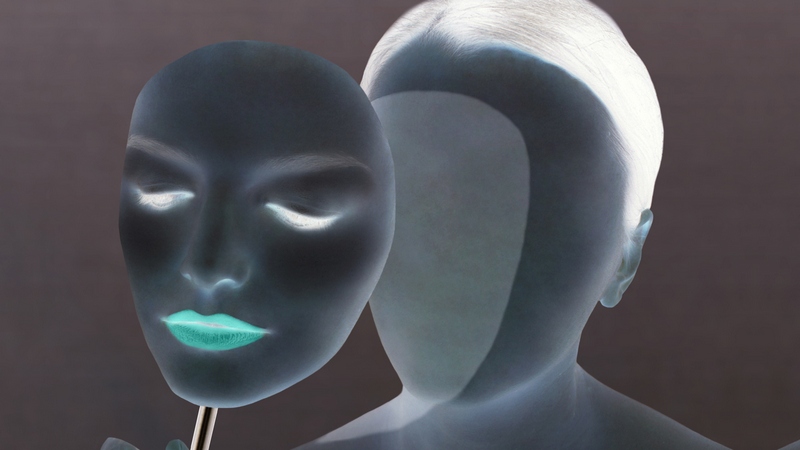 The Elongated Ballad of Gay Thomas

I
Citadels sing deceased songs for the numbing
Of heavy hearts against the weight of perception, the flavor
Of self and the portraits of a soul encumbered with the unanswered

Questions about the nature of Thomas, old person twice male
At birth and upbringing. Khaki shorts in elementary school
And the singe of metal swings in the sunlight were once his draw

The royalty of Gomorrah then gave the gifts of doubt to security
And what is, became the ill fruits of chance, now to be discarded
In the pool of disappointments, the one at the base of all existences

Where the waters of the rain gather, in anticipation of the examination
Of consciences, when bitter tears would join them and together condemn
The dictates of a faltering nature, and the god who was its chief designer

A man was a boy, and a woman? Once a man. The holy book
Held the transgenderisms of eve, formed from man parts
To become something whole. Yet different, as the stone of the pieta

To the raggedy supplications of the Magdalenian whore.
The lady remained trapped in Thomas, and she was his labour
To be birthed in blood and hormones, or the rapid fire incantations

Of white clad shamans in a city ringed by mountains, at the cape
Or by the river of January. For the scalpel and the tiny beating of contraptions
Like the sunbird’s drum offered to a deity by the table’s altitude

The rain would fall and its acids would corrode an unwanted face
The beating of drums would herald the shifts and exchange, for the
Pursuant rejects honey tainted dreams for the occasional pains of a monthly cycle

II
The preacher in all his knowledge knew of Joan D’arc, little maid
Of Orleans slaughtering a legion of longbow’s men. The French fields
Were red and English, the lady dressed as a man

The man who served on the altar was in essence trapped in space
He saw what was entombed in his heart, the spirit was a chameleon
Daring to change. To deign designs against nature

If a man was a crow and his woman a butterfly, then Thomas aimed
To flutter. Above the drab of a manly world and the hum of the machines
That ruled therein. The craving was for the glamour of ink splattered on the face

The waist length locks of the Niger River goddess, the infinite gifts of seduction
And the love of a man who shared his unwanted nature. The discarding of the threats
Of time in gaol and the moving of the river into denouement

The price of love was the sting of the whiplash, more potent than the high
Of marijuana sticks, or the blade of a self-mutilator’s nightstand. To love was
To destroy himself. Love was absinthe in the cellar of an alcoholic

The lord loves a sinner slightly less than a cheerful giver, the preacher
Promised heaven if Thomas could deny the woman in his soul. A friend
Was quick to recommend a procedure in a city up north

Where john could hop and England was new, where the devil wore mittens
And baked a batch of brownies to serve in church. Crucifixes had no crosses
And our beings could be twisted into something beautiful, awful.

III
He would all the questions of the psychologist’s test answer properly,
He thought himself a woman so he was what he was, if only he was told
Of his gross misinterpretation of Cartesian paradigms. Doubt was in that context

An epistemological affair. A wild swipe at epistemic truths could not settle
The puzzle that was his reality, he would stare at the mirror in long frilly dresses
With his beard standing out like the stripes of a zebra, or the bands on the legs of an anopheles.

Cross dresser, they called him, peculiar to the marrow yet ultimately comfortable
Physicians knew the cause of his strange piles were jousts at the rear end, medals from sexual
Pursuits where the lover was being brutally unloved

These physicians knew the magic of post-creation, shattering the dry pottery of God’s art
Sculpting new beings and identities with the septic fingers of past surgeries
Heralding a new dawn where we are free from the surveillance of God-eyes

And anesthesiologists help circumvent the pains of mistakes, we have learnt the art of unlearning
Now we forget the turbidity of the waters of birth, we claim something artificial,
For man quickly forgets the anger of his maker’s fingers, when he pressed our forms

For the omniscient should have known of the heartbreaks that would mark the end.
His end was the loss of belief, that power which made him all powerful in the first instance.
Now a pauper lives in heaven trading pounds of faith for poorly orchestrated miracles.

The hours rolled into the past and the healers now worked as bees, nipping and tucking
Until out of the cocoon came something other than a butterfly. A garishly colored paper plane,
Quick to fly but destined to crash. Thomas now went by Penelope.

IV
If Penelope had perils they were still in perception, for she felt
That trapped inside her were the debris of a shattered manhood, still being scanned
By the boring eyes of a transphobic society, and the feeling of being less-than-woman

Silicone heavy breasts could not nurture and her loins had no children to give
No matter how much faith was battered, God was powerless to such miracles
So he watched sad eyed and curious as she bundled to the Orphanage

An adoption was hard coming because policy demanded a couple
And a husband for an ex-man was expensive to buy, his love would have been forced
By the money shaken in his face, she wanted something genuine from the tales

Not a freak like herself at the gay-bar, not the product of a counter creationism
But a beautiful man formed by the hands of the God who had turned his back on her
Who had gifted her with a cloudy perception of self, and of society accepting it all

What she had become was something not accounted for in the log of God’s labors,
At the beginning when his sweat of six days filled the basins of earth,
The mandate to populate the earth became the paradigm of an existence she left behind

What use was living without love? Of being all she ever wanted to be, but less.
Perhaps the skies would sing when she decides to end it all. To join a sect that proclaimed
All men were royals descended from the king Tut

The transveberating of a pharaoh took place on an alien craft. To end her misery,
The prophets proclaimed a ritualistic suicide. All in suburbia busy as can be, but not knowing
Brews were brewing Carlsberg and cyanide

The leader then proclaimed sights were seen, hitherto unseen. The king returned
Riding on the comet Hale-Bopp. And there she was quick to drink it all
Ending the miseries in the bliss of asphyxiation opening up Heaven’s Gate.

Richard Anyah lives and writes in Ibadan, Nigeria. Some of his poems have been featured in anthologies and magazines. His dog is called courage and he has imaginary Japanese friends who write poems.

The Tree: An Excerpt from a Novel by Chidi Jas Onyia

A Guide to a Woman’s Courage: Poetry by Abigail George