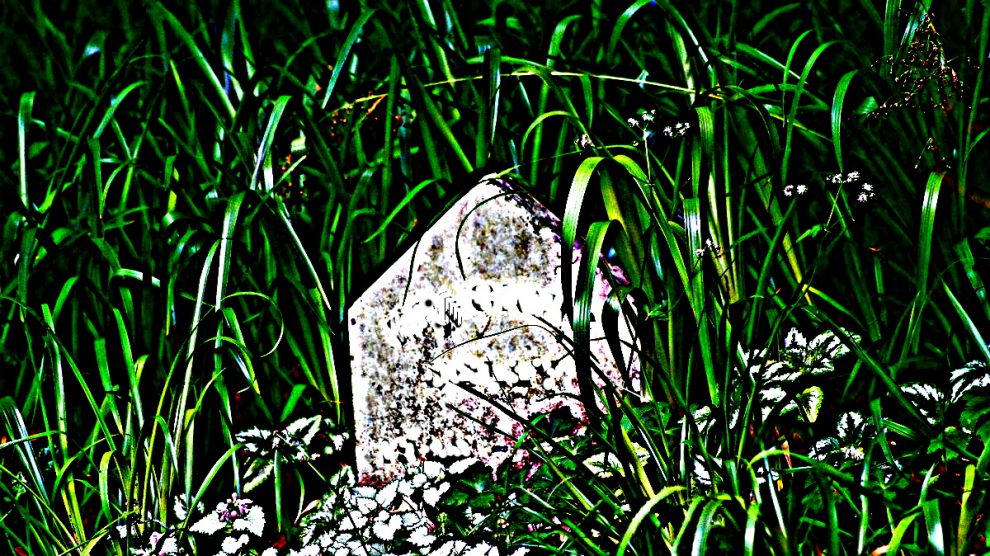 TANTRUMS FOR A FALLEN HERO

Specks of dust danced in the twilight.
In silence like hoofs of cattle,
Men’s feet forked out sand.
Behind them, women in black.
Their arms lazily dancing to
Tom-toms of their bottoms;
Two massive hills singing to the tune
Of their silent parade.
Squat, they did
Metres away from the secluded house
Where hoes, a shovel, a pick and a panga knife
Lined up to report that he indeed is gone.
Gone to meet his ancestors.
Slowly, a chief’s aide walked towards
Them, and whispered a question to
The elderly man at the front who
Hissed a long-rehearsed winding statement about their walk
To and from the graveyard, about
Their feet stepping on ghosts-made ground
About black ghosts caressing their bald-heads
Invisible frogs spitting water to clean their feet
Crows like black angels flying above
The grave and about harmless bees
Buzzing friendlier than the chorister’s voice.
Still squatting in a column, wait they had to
Till they rose to sit round the house
Bidding farewell to heat caught in the walls
Rested their backs against red bricks, they did
All to swim in the radiating warmth
Papa is gone. Exit the solo. Enter the duet.
Togetherness unfolded to rise and shine
Reversed was the insanity of myopia
Assented to by whisper of winds and gaze of the laughing sun
Beckoning the duet to unsing the songs he sang,
Shed tears of its Overloaded heart,
Kiss a carcass of such a tamed cobra
And mumble about thunder hidden in a storm
A flowery project projecting us to be poor
Now we all bark at a ‘spirit’ whose booming voice
Had flown up and down, shredding hearts of men,
Defeating lustful Desires and silencing all mortals
In a grave, a frozen bunch of bones sleeps
On a razor blade of time,
With no whisky to clean his throat.
No perfume of power
Or chants about his glory befits him
A dry leaf is his name
Ready to be picked up by summer fires.

All Is Not Well: Fiction by Abigail George

Portraits the Artist Showed Us: Poetry by Anthony Okpunor

The Visit: A Short Story by Asante Lucy Mtenje

One Star for the General: A Short Story by Amatoritsero Ede