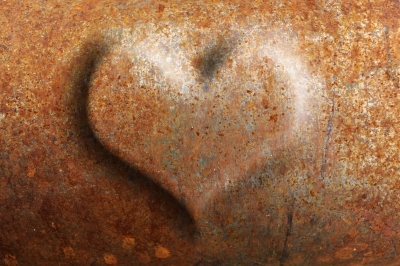 Dashing heartwards, for spent emotions and balding feelings
Discolouring gentle, the gloss of sweet words peels off
A barrier of bulging betrayal, heartbreaks and guilt
Through peaceable arteries of untainted friendship
That wither in the heat of the afternoon blaze – this act
Of traditional chivalry is passed like the music of the wind
Or the anonymous beauty of a bird’s chirp – ignored
Until on the loose, words rain down heavily, the way of boiling water
Once it spurts off the kettle and spills onto the floor
Like faith after death

Splintered clichés, haphazardly sown, broadcast
Everywhere – stunted by unbreakable rules, older than dinosaurs
Die – a natural death, like meteorites – and comets
Tangenting off into galaxies unknown and lost – in space
Taken like that of any other suitor – the honesty
Poetry, a bleeding soul, a drifting heart and nothing else
Against the omnipresence of lame love songs – turns old and gray
The column of smoky truth twists, retreats and rises again.
Slowly reality dawns on the unsuspecting devotee
Like a rainbow after a destructive storm

Stinging retorts, rhetoric questions, considered worthy of inclusion
Where nothing obvious is said, brazenly stare – saved
By an occasional uneasy smile and the infection of laughter. Confusion!
Will abound, put under scrutiny the returning hero
Defeated – ready to resurrect the battle on paper – empty words
Nude souvenirs of loss, the local taste of folklore –
Warmth, truth, curious candour, and razor-marked faces all taste stale.
Boredom – a private hell beckons open-armed and gentle welcoming
He limps, wearily, not-so-sure-footed, painstakingly slow and heavy of heart
Like Jesus on the road to Jerusalem

Tattooed on my soul like a painted fart
sprouted in my vision like coloured raindrops
through a rainbow – the banner of races at odds
God’s reprisal at pious displeasure
your silky contours sing the silent mayhem of tortured prayer
variegated spasms of lost clouds of doubtful faith, breathing
trickles of lightning on cynical myth – heaving
and bursting at the seams of your preserved humanity
modesty in undignified surrender falls face down on her knees
like a flaming love letter,
scented sweat beads on the black turf crushed beneath my weight scream
twist, twirl and splash to dowse the enthusiastic inferno
welling in the nether fountain
of hope and life – sprightly and fluid through the centre
you quiver
and ballet the multi-coloured fearful shudders of dissert jelly

We killed joy (this is how it goes)

joy’s headaches were overwhelming..
so…
we killed joy
she needed sanity,
not
adventure
– we have none.
she needed therapy,
not us…
and so we let her
go
mercifully
in the blue
blackness of weed clouds.
her ghost
might wake up
one day
Lazarus-like
and begin the hardwork
of fixing herself.
it isn’t fair
that you have to
fix yourself
when someone else breaks you
but that is life
this
is how it goes.

As the world reins my sun to the steep brink of another dawn
As we set forth on this mission of gloom called life, we have to choose
And as we make those choices, singular moments make singular impressions
The very way we like them to or the way we want to remember them as.
There can be no doubt as to what we feel at that said moment
Yet in reality an unseen force of sensations,
Bearing close affinity with the air of heaven, unites these moments
And they define who we are
I mean, you and I.

These seemingly trifling and very temporary instances –
A stroll in the park, a nibble at your cookie, a slight tilt of the head
Sand between your toes, grit in your stew, a smile, a frown, a tear, and a laugh
A cry, be it at a wedding or funeral – are actually one big event; LIFE
Life has always been that way – nightmares that turn into fairytales
Love songs that hurt more than burial dirges,
There’s always a worm in your bud
And, though you may not believe it, light at the end of the tunnel
We have had our own sunsets and sunrises
Days when the clouds hung repressively low in the heavens
And sunny days that made you think God were smiling
At you and I.

You know, time was when my soul quivered at the mere thought of your smile
Time was when my heart swelled because you loved me
And loving you was the easiest of errands
Love was to watch clouds scudding – cottony – across the sky
Love was to feel warmth of your sun from all four corners
Love was to enjoy, making a scene of ordinary sights.
Because whatever we had and whatever we did
Was about you and I.

I miss a lot of things we did in the loving years
But that doesn’t mean I have forgotten the pain and tears
Together we weathered a lot of storms, shared things men and women never do
Feelings unrelieved by any of that half-pleasurable, because safe, sentiment
With which couples usually control even the wildest natural impulse of desire.
That’s why I am saying to you, it was a world meant only for You and I

We should always remember places to which we have been
And landscapes that we have seen – savage wildness, sensuous realms
And dreary tracts of country – where living is a perpetual struggle
So there is no reason why we shouldn’t end up in our own world
Where everything we do and see
Is but for you and I.

I know people will always play an important role in this relationship
We live among people and we can’t avoid it
But let us not forget that whatever we have is only between the two of us
You and I.
(To Florence with Love)

Anele Mkhwananzi, born 26 January 1978, is a Zimbabwean writer. At best he likes to consider himself a tangled mess of pain, schizophrenia in the midst of drippings of happiness. Anele is inspired by African writers like Wole Soyinka, Dambudzo Marechera and Yvonne Vera, metaphysical poets and contemporary African-American poets such as Maya Angelou, Amiri Baraka among others.

Slaughtered by Religion: A Review of E.E. Sule’s ‘Sterile Sky’

Music on the Radio: Poems by Chika Unigwe