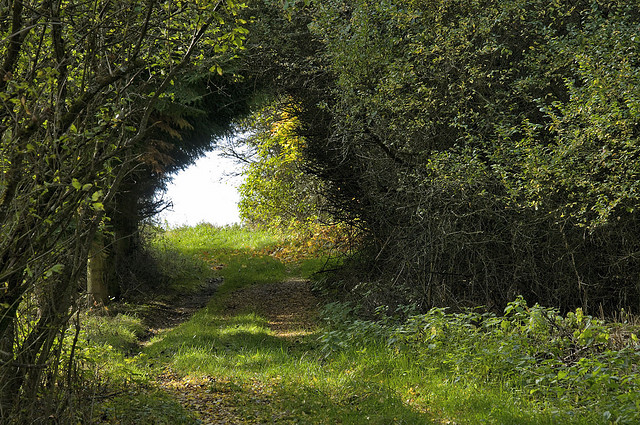 Fact is, Adam was never meant to be anything more than a prototype. I’d just started to perfect my skills with more and more intricate flora and fauna and I needed a bit more of a challenge to help me up my game. So I made Adam. The first ever human being.

He was atrocious. Really all wrong. Muscley and angular, not at all pleasing to the eye, a last minute attempt at an appendage which really drew the eye away from the overall pleasant symmetry that I wanted to create. And that was just the physical stuff.

Observing my creation for a few days, I became painfully aware of the lack in both intellect and fine emotion. This crude being I’d created was lazy, inept and prone to bouts of irrational anger; wholly unsuitable for the task of ruling the wonderful world I’d created.

I went back to the drawing board and that’s how I came up with Eve. I took my time, put her together with much more care and all new parts, learning from my earlier mistakes. The only salvageable part I could take from Adam was a rib, which I deemed perfectly formed and as a good a foundation as any on which to build a better creature.

I was pleased with the results. Eve was clear headed, graceful, and aesthetically pleasing with her soft curves and more refined, delicate features. She took to Adam straight away and would not leave his side. I suppose it shouldn’t have come as a surprise really. Eve was like that. She had this open and friendly quality to her and a fierce curiousity. She wanted to know everything, even Adam.

She took to following him around Eden, watching him name the plants in the garden and the beasts in the field. He was useless at it, of course. I mean honestly, left to Adam everything in Eden would’ve ended up being called either “mine” or “it”. But Eve indulged the stupid lump, careful to go back and rename things more aptly. Making sure he’d lumbered out of earshot – just to spare his feelings.

I had thought that I’d just scrap Adam as soon as Eve was finished but they were getting on so well, I just went with it.

What I hadn’t seen coming was how much effect Eve would have on Adam’s sense of pride and achievement or just how dangerous that would become. It wasn’t long before Adam was walking around with his chest puffed out and his cock thrust forward, proclaiming himself Lord of all he surveyed and calling Eve his “helpmeet”. Imbecile.

This exasperated me but Eve took it in her stride. She just smiled sweetly and let him have his way while she got on with the business of making sure everything ran smoothly and correcting his many, many mistakes. Maybe I should have stepped in at this point and let Adam know the error of his ways but he was so obviously harmless and Eve seemed to know what she was doing. I trusted her to do the right thing and keep Adam in line.

Needless to say, I was excited about the progress Eve was making. She seemed perfect for the big plans I had in mind for her. In retrospect, maybe my excitement blinded me to a few things. How some of the very strengths that made Eve so perfect for the role I’d created her for could quite easily become flaws but hey, when it comes to women, there is no such thing as omniscience.

The tree. It was a test. A simple test to see how well Eve could follow strict instructions. I wasn’t really expecting her to fail, although thinking about it now, how could she not? My perfect Eve; so intelligent, so ambitious, so, so curious about the world around her.

Maybe I could’ve been less prescriptive. My haughty edict of DO NOT EAT FROM THE TREE would’ve called to her like a big red button with a “do not press” sign. Far too tempting.

So she ate from the tree, and Adam, so easily led, followed her lead. Ah, Adam. I did feel kind of sorry for him, living out his little Napoleon fantasy, blissfully unaware that if she were of a mind to my Eve could sell the ground out from under his feet and throw him in as a deal sweetener. I really should’ve gotten rid of him earlier.

Anyway when I found about the flagrant rule breaking I was furious. Of course I was but I am a kind God, slow to chide, swift to bless and all that. I would’ve forgiven her. It was the ridiculous lies that got me – blaming Adam, some guff about a talking snake… It was preposterous. She clearly thought I was a fool. I couldn’t bear to look at either one of them, so I banished them from Eden.

The irony of it all was that I’d wanted Eve to eat from the tree eventually. That was always the plan. I’d just wanted her to be more ready. I’d wanted to be the one to gently lead her to the tree and reveal to her the secrets of her true destiny, of what made her so much more special than Adam could ever have hoped to be.

In Eve’s body, I had created the mechanics through which she would become a creator in her own right. She would be a kind of God, able to populate the world with people just like herself, better than herself. She would become mother of all.

With a few tweaks that I had been working on, Eve could’ve have become great but it had all happened too fast. She had fallen too soon. She had eaten from the tree and had learned the rudimentary processes of reproduction and already the seed of Adam was growing inside her, making my planned improvements moot.

This wasn’t how it was supposed to happen. The quick and easy creation process that I had worked out would’ve taken as much time as it would to pop a pimple and with considerably less pain. As it was, Eve would now have to suffer a nine month incubation period for each new creation. Nine months of discomfort, of morning sickness, swollen ankles, piles and heartburn. Then the birth itself, painful labour and contractions, blood – so much blood – and other effluent, and then something so large emerging from an aperture so small… I couldn’t bear to think about it. What kind of God would do that to its own creation?

The thought crossed my mind to just abandon the entire process. Start again from the beginning with only the unending dark and the light of the word and the comforting knowledge that I could do better but I just couldn’t bring myself to do it. Besides, the couple seemed to be coping surprisingly well with the challenges of living life outside Eden. I resolved to just sit back and observe them for a while until a solution came to me. Sometimes the best course of action is inaction.

So I waited and I watched and tried to stay out of everyone’s way. Then Cain was born and then Abel and a few years later there was that whole sorry saga where I had to intervene. Cain was definitely Adam’s son – dumb as an ox and full of fury. Eve should have had a more fitting mate.

I held my resolve for quite a while, watching as more children were born, and they in turn begat more children, carefully watching out for mutations and developments, weeding out the occasional bad apple and protecting the outstanding specimens. For the most part I tried to be benevolent.

There was that one time when I took some time off to catch up on some admin that was really beginning snowball. I really wasn’t gone that long but by the time I got back the entire population had run amok and there was nothing I could do but exterminate the lot. I drowned them, like vermin, in huge floods. I did save Noah though and some of his family. They were outstanding. But that’s a different story for another day.

This world is not as special or as perfect as the world that I envisioned when I started all this but it has been interesting. Disappointingly, the daughters of Eve have not lived up to their amazing potential. The lazy, ugly, gormless sons of Adam have somehow assumed leadership despite their many flaws and have created a world that only Adam could be proud of full of inequalities, petty hatreds and people too attached to the word “mine”, but I live in hope that one day all these creations of mine will in time and collectively become something really impressive.

I’ll give them a little more time then, and if they’ve still not worked it out by the next millennium, I’ll just have to cut my losses and end it all. Start again. But I won’t do the flooding thing next time. Maybe fire then. Fire and a little brimstone.

Denrele Ogunwa is a journalist and poet currently residing in England. Her poetry, articles and columns have appeared in newspapers and magazines in Nigeria and England. An aesthete and lover of jazz music, Denrele's muses are passion, darkness and light, not necessarily in that order. Her poems re-echo the theme of escape from night into dawn, a consistent search for doorways that lead out and away from the present into some other place full of promises and new beginnings. She is featured in the German translation of Nigerian poetry selected by Uche Nduka, Junge Nigerianische Lyrik. She has a degree in Political Science.

Wesley Macheso: Where we live