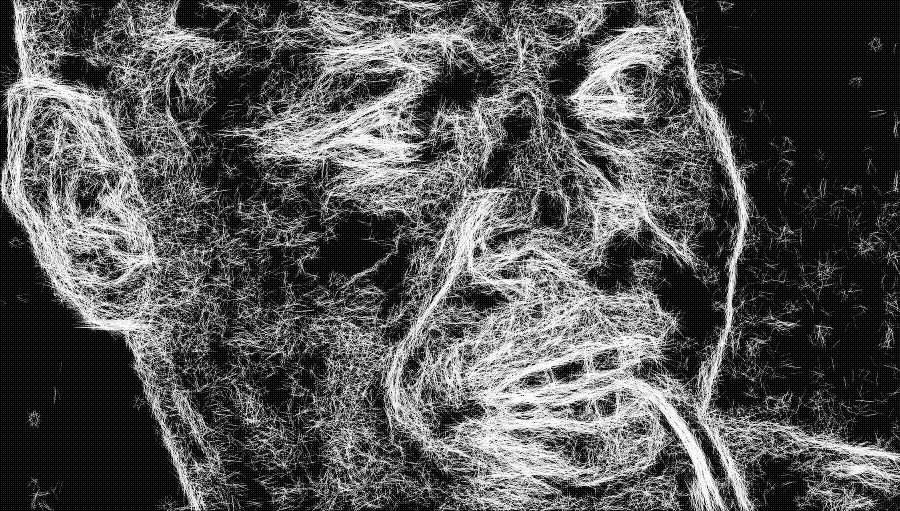 (Midnight. A gathering of poets set to give the late Ken Saro-Wiwa passage rites. In the background is a low dirge sung to some traditional musical accompaniment.)

LASISI: The carcass of an elephant is not a load
For the back of a camel
But already have I bent my altruist’s spine.
Offshoot of a primordial priest,
Your elegist softly steps in like a midnight rain
Casual as the mid-morning pour,
I light the dragon candles of the passage rites.

The corpse of the hunchback excludes
The service of the camel
But, soulmate of a sewage bin,
With an open smile I accept the beckoning burden
Of the garbage cross:
Oluwere, the king-pin of trees,
Since the departed leaf must move
With the midnight stream
I spread my iroko’s arms
For the burning pot of the ritual night.

Lasiribika; Mutumuyate!
Since the Burden of the night must sail with the spirit
Of the stream,
The world should not hang the loquacious dog
For its barking right
For if we do not bury the dead for the sake of God,
We must bury the dead for the fear of stench:
Oluwere, the king-pin of trees,
I book a tryst with ghosts
As no one hangs the restless ram for its wrestling right. 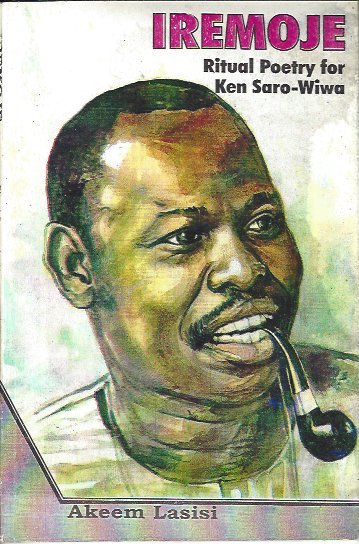 A year is over
The wrinkling wrinkled year
Finally dances to the ultimate monotone
Of a tyrant’s knell.

A year is over
A year of an eclipsed moon,
Incomputable graphs of stony decimals.
A year is over
Of a season’s sordid syntax
Complemented by genders of fear;
Of sudden verbiage of the dumb,
With astounding adverbs of Time.

A year is over
Of sweet but sour smiles,
Dry memories of ambushed valleys;
Of idolised shepherds secretly courting but erudite wolves,
Prospect dreams,
Falling behind huge retinas of feudals’ eyes.

A year is over
Of guffawing ravens in allied barns,
Red-river hogs
Teeming through harvest evenings of fenceless farms;
Reminiscences of stingy means
Tickling angry armpits of unsatisfied ends.

A year is over
Of wedding songs and funeral hymns,
Twenty births and thirty deaths;
Of lofty lullabies
Melting with group threnody on frosty nights.

ALAGBE: Forget the hues, forget the cries.
I think I have some bile to chew
As a sleeping Kora refuses to stir
At the mention of easy pounds
The ground squirrel turning its back on naked nut?
We seem to own a woe to chew
As a green turtle eyelessly looks down on its toppled shells.

Forget the hues, forget the shroud.
Forget the echoes of midnight diggers
Penetrating the reluctant earth in our national yard.

Forget the hues but tell the poet,
Advise the elegist,
Teach my Magi the irony of the Cross:
Is this our intimate frog
Sleeping still on its back?

Tell me, when does an athletic frog lie on its back
In an impassive lake?
When does it kiss the salt of sand,
The feline spine of a mighty cat?

LASISI: Lasiribika; Mutumuyate!
Today, a litmus intrigue for a teething poet.
Far above a wedding song,
Far farther than a naming hymn
I robe in cultic apparels
To dialogue in dirge with departed beings.

From this stardom of funeral song
My eyes intrude into the pit of the dead:
Surreal spy,
I dabble into alluvial grapevines,
See a chagrined earth, writing an informal letter
To her distant sky.

In the temple of the soil
A century is faster than a human wink
Dark is paper, red is ink
On a footless table, where life is timed in Roman eons.

But for Oedipus’s love
I would not have stretched my eyes to the German stage
Caesar, the legend, lured my feet to Roman courtyards,
But for the bestial deed of the General’s rope,
What mouth would summon departed pens
For poetry rites?

Odia Ofeimun, oracle of the mount of words,
If we do not bury the dead for the sake of God
We must bury the dead for the fear of stench.
Odia Ofeimun, oracle of the cave of tongues,
The night is silent with a fleet of voices
The lagoon is dumb despite the roar of flood.
Then who can gather the eggly rubble of a fallen voice?
Owuye wuye wuyenke:
Double-edged is the name of word,
For if we talk, we have to die;
If we don’t, the end shall come.

Odia Ofeimun, oracle of the sea of words,
We are aliens here! Aliens
Like the wild legions in the troubled chests
Of the Testament’s swines;
Then hold these tenement tunes,
Grant us the free mandate of the ritual night.

LASUN: The cock has crowed, the minaret is calling
The succulent breeze croons it’s once again another day.
I do not want to tease my fate
I know I have a lengthy morning to grapple with.

A season of coffins, unlike a Valentine night,
Is not expected to zoom in a jet.
The prisoner will not count the moons in the manner
The barren can crave a count;
One thing I wouldn’t know, the same thing
You may never know
Is how a condemned sage, whom only heavens are sure a saint,
Reacts to the run-on rhymes of the prison’s clock.

But why are they demanding the head of the poet
When I did not unmask a firufana masquerade
At the market square?
I have never contested the horsetail with the king
Nor contested the camwood with a native bride
I cherish freedom, so’have never obstructed
The path of a lunatic.
Yet this June of my waking dreams,
When the cape and coast are gay in green,
They banish the cattle rearer for yearning
To taste the grace of the grass:

May this dark night never end
If indeed the funeral ark must sink at dawn.

ALAGBE: This is Nigeria, an oasis of oddities.
When the prince eats with mucus in his nose,
The lips that move are dead.
When the queen lends her thighs to wayward dogs,
The mouth that talks is dead.

But let the words crack
In the terrain of the ears!
For although a giant will bow
To the threat of sting,
Orunmila has granted the lizard
The rare privilege to feed on bees.

The pride of Enire
Onsa of Delta;
High priest of Elejelu
Luminous mirror of the Universe’s eyes.
The fire of the black trinity
Who burns a forest of filth,
Leaving unscratched
The imposing face of the sacred sea.

Orunmila,
Metaphor of knowledge unknown:
Tonight, the living engage the dead in dance,
Be the neutral umpire of the ritual bout.

Akeem Lasisi is known for his experimentations with oral Yoruba and English poetry. A graduate of the Obafemi Awolowo University, he won the Association of Nigerian Authors (ANA) and Cadbury Poetry Prize for the year 2000 with Iremoje. A well-known performance poet and journalist with The Comet Newspaper, Lasisi is also the author of Wonderland and Post Mortem.

The Beauty in the Dark: Poems by Tony Tokunbo Fernandez

If We Die Tonight: Poems by Nnaemeka Oruh