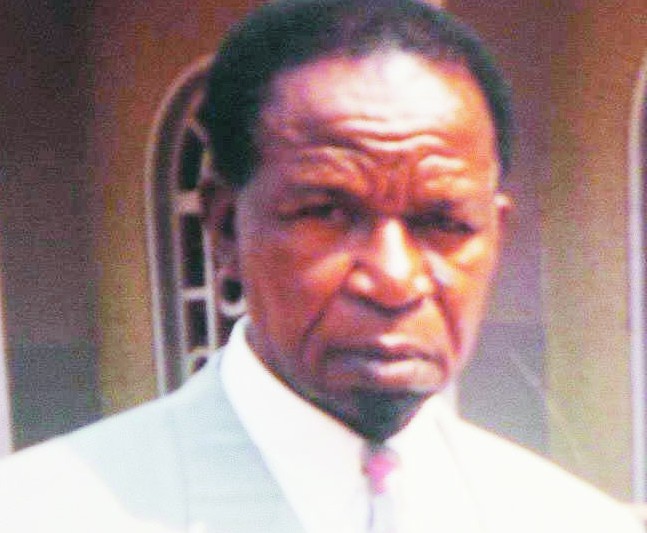 Nigerian literature predates Nigeria’s independence. As far back as 1789 Olaudah Equiano, a former Igbo slave, published his account of his life in bondage and in freedom. There were many other literary offerings right into the twentieth century, including those inspired by competitions organized by the colonial government. Then in 1952 Amos Tutola’s fantastic magical tale ‘The Palm Wine Drinkard’ which was written in an equally fantastic brand of English put Nigeria on the literary map. The world began to see that the pen was being well wielded in Nigeria. 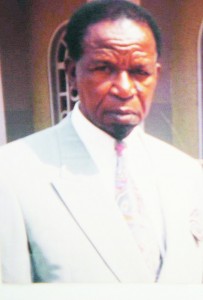 Although Cyprian Ekwensi’s ‘People of the City’ which was published in 1954 has the honour of being the first Nigerian novel written in Standard English it was not given due recognition, perhaps because it does not dwell on the exotic, the macabre and the unusual-which many Western literary connoisseurs assume to be a canon for assessing African literature. In my opinion, that novel gave the world the heart of Lagos in the 1940s and 1950s like no other literary work has. It is much more than a vignette; it is a portrait of a young man’s pull from and immersion into the never-ending contradictions of Lagos.

Two years before independence Chinua Achebe seized the throat of Nigerian, nay African, literature with ‘Things Fall Apart’. This article is not the forum to extol a novel that can never be sufficiently eulogized; a novel that turned the black man’s condition into a powerful weapon against the European-dominated colonialist structure. Achebe’s pioneer novel is both subtle and radical in confronting the ‘heart of darkness’ depicted by Joseph Conrad and other Western writers. But the novel’s singular achievement at a time the anti-colonialist movement was straining and striving in Nigeria was that it told us about ourselves through our own eyes.

The 1960s was a period of great literary ferment. With the imprimatur of the Heinemann publishers-sponsored African Writers Series, Nigerian writers shone like a million stars. Though subjects and themes were diverse, engagement with the colonial condition defined literary intercourse. This was an era when Nigerian, indeed most sub-Saharan African, writers-many who had been in the trenches against colonialism and all its works-grappled with the quest for an identity. Who was the black man vis-à-vis centuries of cultural emasculation by a supposedly superior culture? In the words of Bode Emmanuel Esquire at the seventh Macmillan Literary Night on 24 November 2009: ‘… African literature in general and Nigerian literature in particular, has been dominated by one major theme, an assessment of Africa’s contact with the West. The spiritual and social implications of this contact have been the concern of most writers worldwide. Characteristically, the meeting of Africa and Europe has been presented as a conflict. The lesser writers have been content with a general presentation of typical incompatibilities, but the more perceptive writers have dug deeper and attempted to determine the specific implications of this conflict for a particular African community like Nigeria.’

Though they had been writing before the 1960s, the decade gave Achebe, Wole Soyinka, T.M. Aluko, Christopher Okigbo, Elechi Amadi, John Munonye, Gabriel Okara, John Pepper-Clark and many other writers of that era a well fertilized soil in which to sprout. It was only natural: the heady quest for independence had given way to the even more robust search for nationhood. What was Nigeria? (Fifty years on, that question remains unanswered). How was the Nigerian writer to engage with this sprawling land bursting with apparently different peoples yoked together by a self-seeking colonial power? How could one make literary sense of the contradictions of group living in such a land? Through plays, poems and prose our writers tried. They rang their bells in the ears of both the leaders and the led. Their works were, to quote Emmanuel again, ‘directed towards analytical assessment of the Nigerian socio-political situation in the desperate bid to analogically project the country’s multifaceted precarious situation and thereby proffer solutions.’

But the falcon could no longer hear the falconer. The literary prophets had a hard time of it as their seeds were eaten by the birds of corruption, tribalism, winner-takes-all politics, social inequality and military incursion into politics. In 1967 the civil war erupted and a new chapter of blood was opened in the annals of Nigerian literature. Forty years after the guns ceased booming the blood-soaked chapter is still being turned by an impressive population of Nigerian writers. Mostly but by no means exclusively from the former Biafran enclave, they continue to grapple with the historical tragedy. The gamut runs across all generations of Nigerian writers. From Sebastian Okechukwu Mezu whose ‘Behind the Rising Sun’ is the first Biafran war novel to Chimamanda Ngozi Adichie’s ‘Half of a Yellow Sun’, the story of the Nigerian civil war continues to resonate.

A new but far from brave world beckoned. The 1970s to the mid-1990s took Nigerian literature into the realm of protest often coloured by Marxist-Leninist pretensions. This was the era of ‘us’ against ‘them’ Of a truth, Nigerian writers had always railed against the ruling elite’s real and imagined excesses. But the period mentioned was one when Nigerian pens were filled with gall instead of ink. Kole Omotosho, Bode Sowande, Femi Osofisan, Niyi Osundare were some of the masters of this new universe. In a systematic manner quite unlike before, those afflicted by the writers’ scourge deployed their arsenal. Given that the military called the shots it was a grim situation. The tribe of quill-wielders witnessed much more than political persecution; socio-economic maladjustments also shook the very core of the writers’ trade.

It was during the Ibrahim Babangida years that major publishing companies said goodbye to Nigerian literature. Recession, dwindling interest, the emergence of new authors outside Africa and the global decline in the book industry had long sent the African Writers Series packing. Political persecution only upped the ante. The Abacha years cast a seemingly impenetrable cloud over the Nigerian literary firmament.

But it was not all pale and gloom in this season of anomie. Wole Soyinka won the Nobel Prize for Literature in 1986 and Ben Okri followed with the Booker Prize in 1991. However, these achievements, contextually speaking, were mighty ripples in a sick sea. It is to the eternal credit of the Nigerian writer that despite infamous persecutions like the executions of General Mamman Vatsa (1986) and Ken Saro-Wiwa (1995), the eclipse was not total, especially among writers who could or would not flee Nigeria.

But the cactus of literature often blossoms in the desert of adversity. A journalist, Helon Habila, ushered  the new phase of Nigerian literature unto the global stage when his self-published prison short story ‘Waiting for An Angel’ won the 2001 Caine Prize in African literature. It was like an uncorked tap: in barely ten years new flowers of Nigerian literature blossomed: Sefi Atta, Tolu Ogunlesi, Eghosa Imasuen, Uche Peter Umez, Uwem Akpan, Biyi Bandele-Thomas and Toni Kan Onwordi are just a few of the new dazzlers in our literary sky.

The road Nigerian literature has travelled is dotted with potholes. But the landmarks are there for all to see. Outside football and Nollywood, literature is one boon even Nigeria’s most rabid haters agree we have given the world. Our writers continue to bring pride to Nigeria with their solid achievements. Prizes might not be the best way of assessing literary impact but for our writers, both the grandees and grandchildren, to continuously win laurels on an almost annual basis imply that we are getting it right.

In terms of literary craftsmanship we have come of age. Non-African literary critics often denigrate African literature as sociology texts because of our overriding concern with the peculiar dynamics of our milieu. Art for its sake is not popular among Nigerian writers. The claims and counter claims of cultural clichés used to pervade Nigerian literature. But the tide has turned in the last twenty years in a manner that indicates literary sure-footedness among our writers. Contemporary Nigerian writers, while acknowledging the debts they owe their forerunners, are increasingly taking their space in the globalized world, albeit with a Nigerian flavour. Diverse, controversial and even ‘taboo’ subjects and themes are fair game. Eg. Jude Dibia’s novels are searing expose on homosexuality and incest.

Our female writers have come of age rather awesomely. From a handful in the 1960s and 1970s they have blossomed into sturdy oaks that gracefully bear the sweet burden of much of contemporary Nigerian literature. The pioneer roles of Flora Nwapa, Zulu Sofola, Buchi Emecheta and Zaynab Alkali opened the frontier. To paraphrase a line from Alkali’s classic ‘The Stillborn’ these pioneers cooked the rock and their literary daughters drank the soup. Daughters like Adichie, Atta, Oyeyemi, Promise Okekwe, etc. While some may quarrel with the strain of feminism that runs through some of their works we must commend them for navigating the minefields, especially within our patriarchical culture.

Much has been said and written about the dearth of publishing outlets here. But the bold entrepreneurs who have seen opportunities in Nigerian literature have put their money where their mouths are in the past few years. Some may regard the efforts of Kachifo, the publishers of Farafina books, Cassava Publishers, Dada  books and the like as mere heroic experiments but if we remember that not so long ago Nigeria’s publishing sun nearly suffered a total eclipse then we must commend the efforts and pray everything good comes to them. Macmillan, Nelson and other big outfits are watching with interest. These new men of the frontier are treating our writers like writers are treated elsewhere. Big Harry Potter-like sign-ons are not here yet but the potential exists.

Yet, self-publishing is a problem for quality Nigerian literature. Obscurantism that has little to do with literary craft remains a strange addiction for many Nigerian writers, especially poets. The contemporary generation’s supposed affinity for ‘the pleasures of the flesh’ in their works remains a sore point with some of their literary elders and notable critics like Professor Charles Nnolim. Aesthetics remains a challenge. Since the demise of the Macmillan Pacesetters series in Nigeria and writers like Cyprian Ekwensi and Kalu Okpi, only a few intrepid spirits are giving Nigerians what they deserve in the romance/thriller/popular fiction genres. At fifty Nigerian literature deserves its own James Hadley Chase, Frederick Forsyth, Agatha Christie, Barbara Cartland, Tom Clancy and John Grisham.

However, it is morning yet on creation day for our literature. I am cautious to suggest that the government get involved in our literature; history shows that most of those occupying our seats of power only get involved if the literature is the pro-establishment, lickspittle type. Perhaps the Association of Nigerian Authors and Nollywood should seek a partnership that will bring the best of our books into our movies. Literary websites devoted to Nigerian literature such as naijastories.com must be commended and encouraged. The NLNG Prize for Literature can be expanded to have sub-prizes for budding writers seeking for a place in the sun. Other corporate organizations can emulate Fidelity Bank’s workshops and even go further with grants and fellowships.  But the real task lies with us. In the privacy of our rooms, deep in our hearts, before our computer screens and on virgin-clean sheets, let us flow with new words for new ages. We should not relent in our quest for a better way of telling the tale, reciting the poem or staging the drama so that in the next fifty years Nigeria will still remain Africa’s literary power house.

When we get to Paris: Fiction by Abigail George