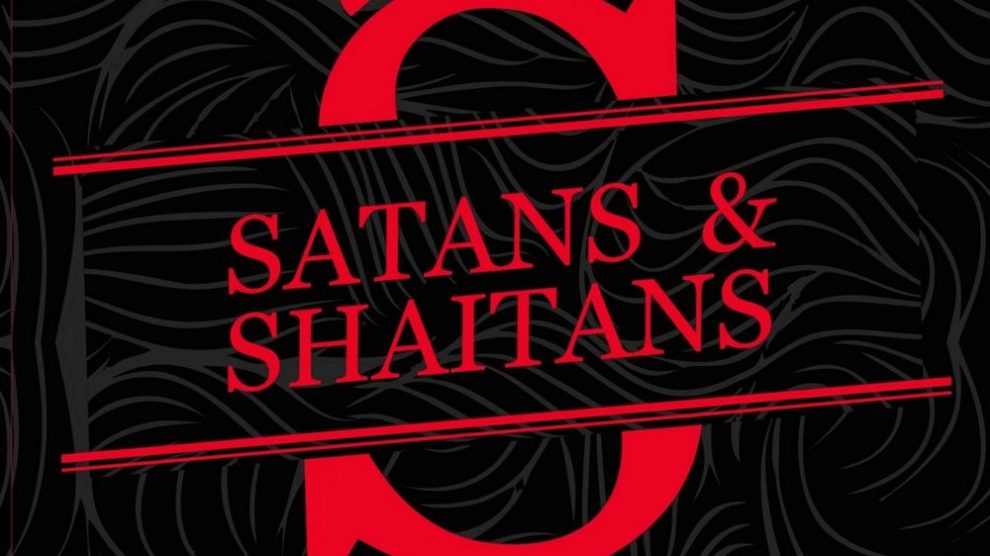 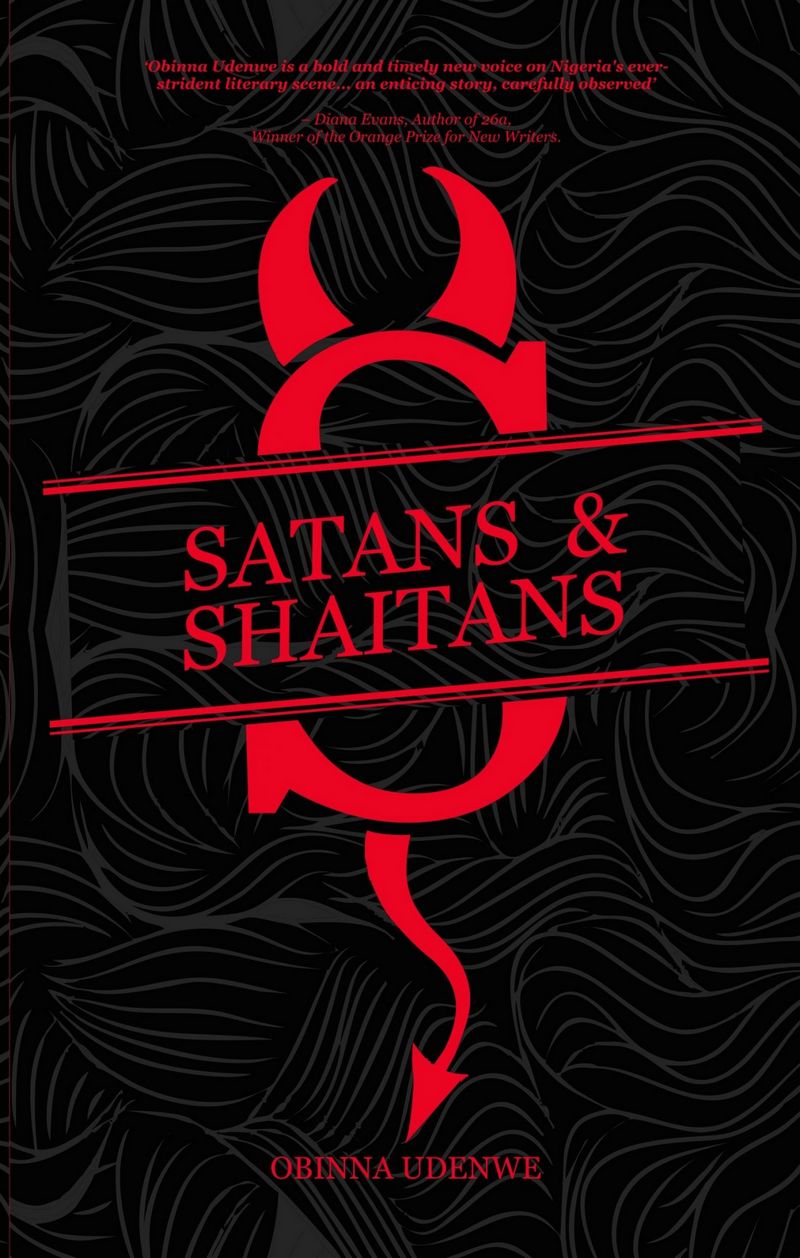 Obinna Udenwe’s Satans and Shaitans burns the thin line between fiction and reality. I cannot help but resist the writer’s and publisher’s conspiracy to call it “Fiction”. Satans and Shaitans reads like (auto) biography and even the writer once corroborated this fact of history functional in the text in one of his posts on Brittlepaper when he was commenting about Nigeria. His “Acknowledgements” page emphasize this prevalence of history than imagination for insightful readers but it is skillfully handled. I wonder why he and his publisher are trying to trick the reader(s) into the stead of fiction.

The novel chronicles the origin of terrorism in the north as a collective decision to unseat a Southerner and to capture power by cabals who see Nigeria as their collective enterprise and must be willed to suit their investment interests. “Insha’Allah, the House of Representatives will move a motion to impeach the President. We must increase our operations so that the whole world will know the President is weak” (19). Most of us must have fluid knowledge of how a certain Jonathan was weak and clueless. However, the new perspective to the discourse of terrorism in Northern Nigeria as captured by Satans and Shaitans is that terrorism is collective decisions which blur religion, region, and power. The owners of Nigeria in the novel acted in unity without tribe to hoist terrorism on the society; to put pressure on the president as a means of capturing political power. Terrorism as depicted by the writer was first a political calculation of power which later became a religious agenda to Islamize the north.

When I saw the author’s disclaimer on the second page of the novel, something in me recoiled because when a writer tries to emphasize the fiction of a work of art, it means history is on display. The writer might be afraid of his ability to defamiliarize history from literature although every art is fed by history irrespective of the writer’s claim to fiction. The disclaimer reads;

The Novel is a work of fiction. Any references to real people, events,

reality. Names, characters and incidents occurring in the novel

are either used fictitiously or the product of the author’s imagination.

The foregoing belaboured the art and made the writer prescriptive on how his work should be read. I became confused when the writer states that, “Any references to real people, events, establishments or locales are intended only to give the fiction a sense of reality”. And I wonder how fictional a sense of reality is. It seems the writer is trying to corner us into acceptance of fiction when the lines afflict facts in our minds as not too long history of yesterday. The writer’s imagination as he claimed in the above is greatly infected by history to the extent that we would say history reads well in his fiction but his fiction greatly foreground the history for us to see how it all happened. I cannot argue that what I have said is the ultimate truth because the intercourse between fiction and history is like the narrative of the elephant and the blind men. I had to resist the narrative of fiction to finish the historical document in light of the shared sense of history that the writer and I share as victims of a society called Nigeria. His historical fiction reads well and his logic and the work is well edited, credit to AMABOOKS for a job well done.

However, I have a case to settle with Satans and Shaitans because of my indoctrination with feminism. I acquired a new habit recently from reading Simon de Beavuvoir’s The Second Sex to The Dialectics of Sex and Anne Fausto-Sterling’s Sexing the Body. It seems Udenwe  actually accepts what these writers have said that male novelists excluding Achebe oppress the women as a result of patriarchal dictate that socialised men to depict women as second class citizens in the society. Udenwe’s female characters are mere fillers and objects to carry the burden of the plot without them performing any functional role in the body of the narrative. They are wives that males actually kill as they are depicted in Donaldo killing Adeline and Donald Donaldo’s father killing his mother Christiana and Chuba killing his wife. The men are careless killers to the extent that Chuba is heartless to seek Carol Spencer’s hand in marriage. All the women in Satans and Shaitans are at the periphery of the society and their gender and sexual acts becomes a means of their subjugation and oppression in the text.

Adeline was killed because she refused to abort her pregnancy and she was killed by Donaldo while kissing him and even in death she professes her love for Donaldo and this leaves me wondering if it is not historical socialisation of patriarchy speaking unconsciously in a body of a text. Adeline’s mother has no identity except that of a mother and a wife to Mr. Chuba. We only get to hear her name toward the end of the narrative. I believe the writer is suffering from a three dimensional trauma; the trauma of colonialism, bad governance, and post-civil war trauma, which are intrinsic in almost all Igbo male writers. Consequently, these traumas are at the forefront of subjecting women in the society.  Mrs. Chuba’s only power is in her tears that are not effective: “She stared at her husband with disdain. ‘Oh, Chris you break my heart with your words.’ She began to cry. The Evangelist ignored her words” (29).  The female characters in the text are crying beings incapable of taking a firm stand in opposition to the male characters. The writer, through his depictions, lays the problem of the society at the doorsteps of men and constitute women as oppressed, voiceless, and incapable of humanity. The narrative goes;

“Shut up!’ Chuba slapped her.

‘It was the will of God that

you lost your womb.’ she moaned

with pain and held her face where

the sting of his slap still tingled

her skin. He turned her around

And started kissing her. She did

Object, she was too weak and tired.

He pulled down his trousers, unzipped 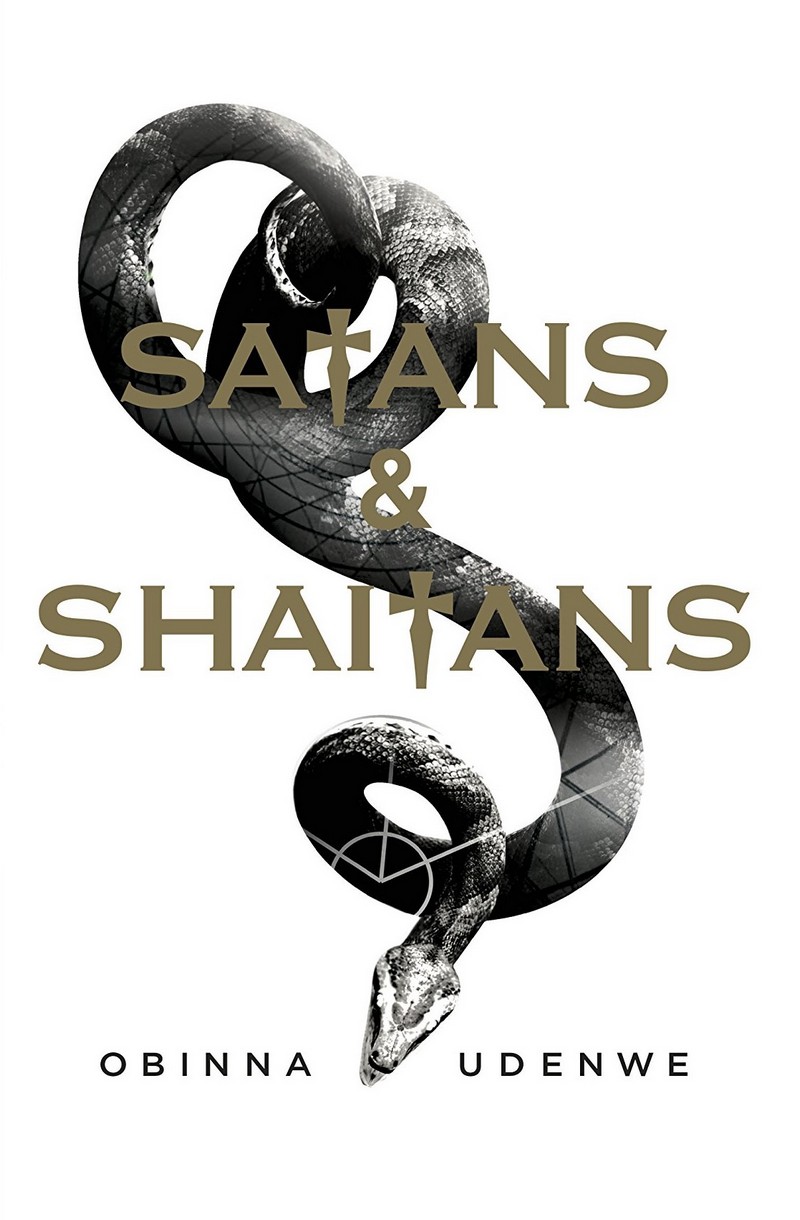 I am finding it very hard to appreciate the objectification of the woman in this scene. However, I cannot help but acknowledge the animal instinct which almost all male characters are reduced to in the text. The robotic depiction of female characters threatens my knowledge of powerful women in the society which I am aware that the writer knows but could not give one the honour of such power in his text.

There is a nexus between literature and history; however Satans and Shaitans obliterate that connection and presents fact as if fiction was not meant to mediate its realisation of such reality to live beyond insurgency in Northern Nigeria. The work acknowledges the creative appropriation of history and new frontiers in the discourse of literatures coming from Northern Nigeria through the implication of all participants in Nigerian political history. My trouble with the text is its struggle with fiction when its depiction is “real” and seems symbolic to certain dates of historical dehumanization and decimation of human and biological lives as a result of the rise of insurgences in the country.  The form in respect to the dates, which are symbolic as carriers of the writer’s intentions, keeps me wondering if the date will live beyond him and what critics will make of such numbering in historical fiction. What is the ability of date to sustain a plot beyond its time in their claim of fiction? It is left for critics to make out the meaning.

Finally, Satans and Shaitans is a men’s book and appeals to their egos, pride and power. A work of historical fiction that highlights the oppression and subjugation of women in the society, Satans and Shaitans is a deliberate work of art that disempowers women coming from a master story teller who needs to be questioned. The scenes of female characters are monotonous compared to male characters. There is no foil when it comes to female characters.  Hajiya Amina Zungeru is a female character that is forced on the book towards the end of the novel. Even at this, she was passive and did not possess real power except the one assigned to her by men. Most of the female characters are house helps having no social relevance. At least it appeals to male egos in the society.

Onyekachi Onuoha is a writer and reader of literature. He is a Street Biographer and a word collector.

A Short History of My Face: By Kola Tubosun