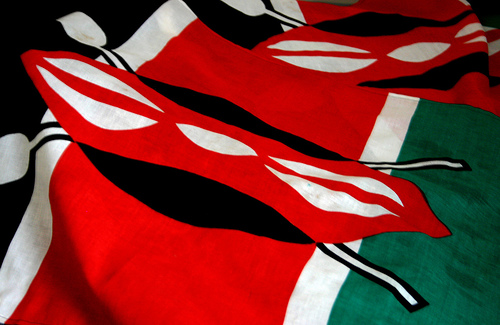 The Tale of a Country I Love – by Wairimu Wanjiru

“I love you so much, but if you ever do that again, you will have to look for someone else to call your mother.”

In a state of bitterness, mum sounded as if she was disinheriting me, but we both knew that she never could. She has tried it before, for more times than I can bother to recount.

You see, I have this weird relationship with adventure: so deep is our love that not even lack of money can stop me from boarding a vehicle towards my next destination, my next obsession – a town, city, or rural area that my mind fixates itself onto.

So, today as I left home, mother was desperate to stop me from leaving, trying to protect me from the danger of never coming back. I looked at her and gave her my now age old answer, “Mother, I love you so much, but I am married and as such I have some marital responsibilities to fulfill.”

I left knowing she would pray for me three times a day till I came back. Then, in front of our hearth, with a warm cup of cocoa in my hand and an orange and green blanket around my shoulders, I will recount to her the extremities of my journey, leaving out details I know will make her sad while emphasizing those that will make her happy, but never lying to her. It is a routine we established since that time seven years ago when I made my first random journey.

Kisii, Bungoma, Embu, Namanga, Kisumu, Taita, Voi, Mandera, Turkana…I have been to Kenya, learnt her people’s way of life and spoken the Kenyan language. I have slept in mud houses where it feels like sleeping in a grave; in manyattas where the smell of dung is enough to suffocate you to death even without the hard, stinking hides you sleep on to add to the aroma; in the small town buildings the urbanites call home: a single, cramped room where humans (sometimes up to five) and furniture compete for space and in the exclusive bungalows where one person alone is entitled to three bedrooms. I have eaten “chapatis” that taste more like dried up stale cassava pulp and others that taste like heaven embodied. I have drunk milk that made me throw up and go into a hysterical diarrhea and milk that was the only medication I needed: a variation of the natural milk infused with herbs and other things that look like herbs. Kenya is a land where staple foods range from chicken to mushrooms depending on which part of the country you are at. I have cruised in areas where you eat wild fruits to survive and others where “ugali” is considered a very hard diet for the stomachs of the local residents. All this narrowing down to a common denominator: KENYA.

Our diversity can tick off a nuclear bomb through a mere confusion of what refers to what at what context mostly in dialogues and synonymous words. You see some tribes share words but assign them meanings so different it is bewildering! But in all these, we accept each other despite the prejudice and stereotypes we use to brand each other, and end up living together in love and harmony. Despite our tribal nature, and our obsession to identify each other with our ethnic backgrounds, we embrace each other; we treat each other with respect…well, until we get to that electoral period where we turn against each other in steel coldness fueled by our political affiliations. You see, each tribe is branded with the identity of a particular political party with total disregard for an individual’s preference, and thus your ethnicity is taken for political affiliation. Yes, we value and respect our symbols of unity: the flag, our national anthem and money…well, until political adversity prevails and we go hitler on each other!

Most Kenyans have adapted a camouflage: an accumulation of languages. Every Kenyan I know of is multilingual or, through association (if not bleaching), multi-racial. They have an identifier, a name they use to refer to themselves from every language they can understand or speak hence insulating themselves from political suicide in case of a repeat of the 1982 Coup de tat attempt or the 2007/8 post election violence. You know, we are an African state. In Africa, democracy means violence and/ dictatorship by a dominant majority, where a “dominant majority” happens to be more or less a dominant ethnic group. It happened in Rwanda, the Hutu against the Tutsis, causing the famous genocide. It happened in Kenya, the Luo and the Kalenjin against the Gikuyu. It can happen again because, of everything else we are not, we still are a tribal country.

So, as I cruise past the Mai Mahiu escarpment, past Lake Magadi towards Lake Victoria; as I follow the Nile toward Lake Turkana and exit the border via the Indian Ocean towards land locked Uganda; as I listen to my eloquent president give his eloquent speeches that have become his identifier; as I watch the law makers fight with the law regulators in a power tug of war; as I watch the activists demonstrate using animals people loath to see but love to eat; as I watch the young generation arise in a new revolution where money is the only language they understand and fashion the only book they read and the older generation curse in disbelief as they watch the traditions and culture they valued so much die way before them; as I watch Mr. Corruption fall down in hysterical laughter amidst the weak struggle to kick him out of the Kenyan society and Mr. Justice writhe in pains of injustices committed against him: I can only think of one thing, this is the Kenya I live in – that I am sure of. What I am not sure of is what brand I am; what name best defines me.

They have branded me so many names, I no longer know which I am supposed to respond to: WANJIKU as the law makers keep calling me, MWENYE NCHI as the activists want to brand me, MWANANCHI as the first president so willingly baptized me by the powers vested in him by the colonial government, MWAKENYA the name coined to refer to the persecuted underground patriots of the 1990s and MKENYA as the world fondly refers to me. Mine is a country I love with all this naming confusion that represents the diversity I live in, but which is not me.

You see, only my mother had a slight notion of who I really am and what name would represent and brand me to perfection – “THE WANDERING DAUGHTER OF THE BRIGHT DARK SOIL…”

…my name is or is not NYAGUTHII WANJIRA.

(Nyaguthii Wanjira is a Gikuyu name from Kenya. Gikuyu is one of the major ethnic groups found in Kenya. Nyaguthii and Wanjira both mean the same thing: someone who is ever on the go – travelling, running errands, etc. She never stays still and is hardly at home.)

Wairimu Wanjiru fell in love with a pen and paper at a tender age. She never got up. She writes from Kenya.

Written by Wairimu Wanjiru
Add comment
Immigrants, Irritants, Relocations & Dislocations in Text: A Review
To ‘Tell’ or to ‘Show’ – That is the Question