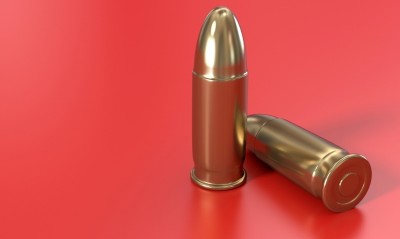 I recently read, on the BBC website, of the killing of three people in a freak shooting incident in the American state of Texas on Monday 13 August. This is only eight days after 6 people were killed in another shooting in the state of Wisconsin, and less than a month after at least 12 people were shot dead at a movie theatre in Colorado.

Among several others, there was also one in California on April 2, and another in Alabama on June 10. It is interesting that in spite of the alarming frequency and gruesomeness of these acts in the United States, Americans are not generally perceived as a naturally violent people. Why is this so? Are these ‘senseless killings’ less cold-hearted and savage than those for which many African, Asian and Latin American peoples have become associated?

My concern in this article is the way the dominant Western media portrays acts of violence in the world differently depending on where these acts occur and the identities of the people involved. The BBC’s online coverage of the Texas shooting provides a good example of how this happens. One of the ‘related stories’ attached to the report is an opinion article which gives a well-argued background to the Texas incident.

The writer of the article discusses the judicial context of the problem and explains how opposing conservative and liberal political views on gun control hinder efforts at preventing further killings. He also places the situation in social, historical and cultural context, stating that America’s problematical gun ownership tradition can be associated with the need for personal security, the defense of property as well as the fact that (in his words) ‘the US was a frontier nation for much of its history’.

Referring to the Norwegian mass murderer, Anders Breivik (who killed 77 people in a racist shooting last year), thugs in urban areas and ‘evil and insane’ individuals, the writer explains that even strict laws can sometimes be powerless in preventing horrible crimes. In this way he consigns the horrible acts of mass and freak killing to the level of the individual, suggesting that these incidents may be understood as isolated cases in which the culprits act contrary to nature and the norms of their societies. As the writer eloquently shows, gun violence in the US is a very complex issue that defies simple explanations and remedy.

But in its coverage of violence in the non-Western world, the Western media hardly offers similar contextual analyses. From Darfur to Rwanda to Nigeria to Afghanistan, the world’s dominant media outlets invariably portray wars and societal dysfunction in ways that suggest that these places are nothing more than theatres of ‘madness without method’. Whether through movies, ‘realistic’ novels, biographies, documentaries or the more beguiling ‘news’ reports and features, perpetrators of violence and crime in other parts of the world areoften represented as maniacs with hearts of genetically conditioned darkness.

In these portrayals, so-called experts on the so-called ‘Third World’ ignore the extremely complex historical, social and political make-up of the developing world and often give outrageously simplistic explanations to complicated issues. Wars, particularly, are almost always explained away simply as the continuation of ancient ‘tribal’ hatred and primitive bloodthirstiness.

Entire populations – ethnic groups, countries, cultures, races – are often described in ‘one-size-fits-all’ terms as a result of crimes committed by deviant individuals and specific groups. Some of the direct and indirect results of these acts of misinformation are the generalizations and stereotypes by which people from widely diverse countries and cultures become wrongly labeled and unfairly judged.

One of the greatest misfortunes of this prejudiced system of representation is that many people from the developing world (especially in Africa) remain largely unaware of how it works. Thus, many have come to believe the misrepresentations of peoples with whom they share similar histories and cultures. Not only this, they have also become complicit in strengthening the destructive stereotypes that work against social and political cohesion within local, national and regional communities in the developing world.

Aghogho Akpome, a member of the Southern African Freelancers Association, is a PhD student at the University of Johannesburg. His research interest is in Post-colonial Studies.

About Diaries and the Man who can’t be Moved: Fiction by Abigail George

Kunle Okesipe: Horoscope for My Homeland

Our Horizon: Poems by Gbolahan Badmus