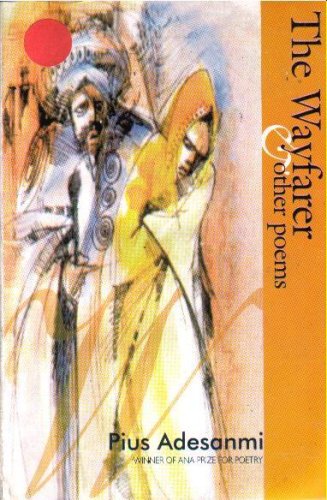 Message from Aso Rock to a Poet in Exile

He held up a radio station
Screaming of a doomed nation

We asked him to fend death off our roads
He roamed Western capitals, croaking like a toad
2

Your father, ah, dat one was worse
Small pikin, shouldering a foolish cause

He abused his elders, calling them vultures
A so-called man of culture

We invited him to come and eat
He clung to a pen, clung to shit
3

You, having ventured under Northern skies
Please, remain there in your cage of ice

Oja Oyingbo, beseeched by a million haggling voices
Never notices the absence of one tardy trader

Tears and the Muse…and Grey Rooms

An abundance of grey
wears the prisoner’s world to rags.
-Ogaga Ifowodo

Adorned the head of his Black Earth
with a crown of cactus,
acupuncture for his weary soles

Fear and the Muse
unbound the bounds
so witnessed Akhmatova

Then, Nigeria. The grey room was silent, empty
a dangling noose, an extinct pipe was all they found
fear, now useless, fizzled. Tears were all the Muse had left.

Pray who can fathom the depths to which
A man’s head will accompany his legs?

Your first coming
Loosed Ita Oko on the land
Where famished crocodiles frolicked in
Anarchy, feeding blood to sand

Your second coming
Loosed the zombies on Odi
They obeyed orders like the folk of Nuremberg
Their act cleansed by your advisors, the oldies

Poems from Wayfarer and Other Poems (c) Pius Adesanmi

Pius Adesanmi, poet and critic, was born in 1972 and obtained a First Class Honours degree in French Studies from the University of Ilorin (1992). He subsequently obtained a Master’s degree and a PhD in the same discipline from the Universities of Ibadan and British Columbia respectively. He has since pursued a career as a scholar of Francophone and Anglophone African and Black Diasporic literatures and cultures. He is a two-time Fellow of the French Institute of South Africa (IFAS) and has guest-lectured widely in Universities in Africa, Europe, and North America. He has contributed essays on literature and culture to several learned journals, literary reviews, newspapers, and edited books. He regularly serves as a manuscript reviewer for literary publications. His poetry collection, The Wayfarer and Other Poems won the Association of Nigerian Authors Poetry Prize in 2001. He is currently an Associate professor of Literature at Carleton University, Ottawa Canada, and Director, Project on New African Literatures (PONAL).

Godwin Uche Uwadilachi: How to Light a Candle