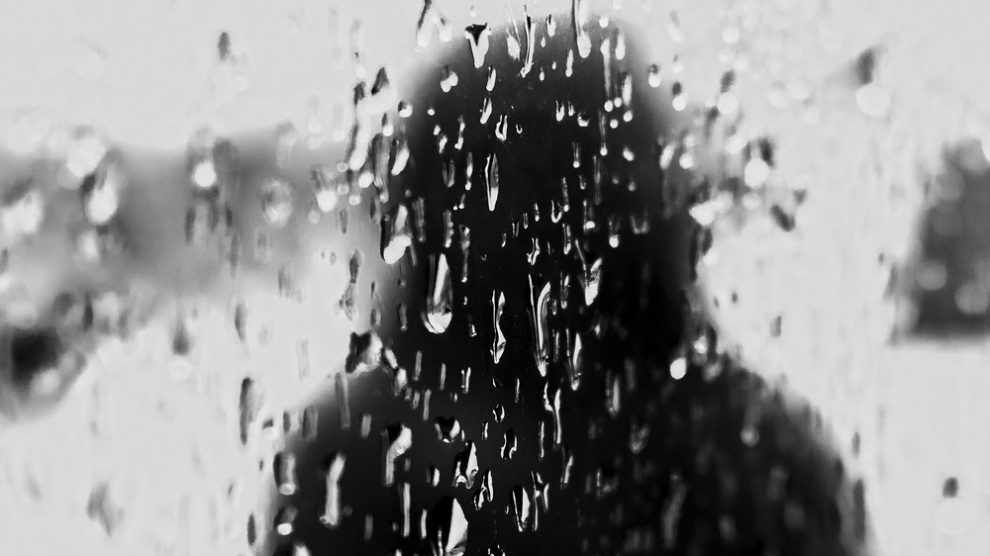 I wanted to say this. Just because we don’t talk

all the time on the telephone or haven’t
seen each other in years doesn’t mean I
don’t thank God for you in my life. For
distributing my work among your cool friends.
It doesn’t mean I don’t pray for your life
Everyday. You’re faith. You’re faith. You’re
faith to me. You mean something to me.
You’ve given my life a novel meaning. I
write with purpose now. Because of you.
Because of you, my friend. My beloved friend.
Sometimes I think of you, faraway, knee-
deep in your work. Loving a small child.
You’ve been good to me. I want you to
know that. That I’ve never forgotten your

kindness. In the open air I’m reminded
the rituals that you follow as a sangoma, and of course
your writing rituals. Nature reminds me of
you, your work. The images of ochre, earth
and divine water spilling into the air. You
don’t know about the times I was a wreck
in despair. A wreck in freaking-hardship.
You don’t know when I’ve been at my worst.
Perhaps you only see the phenomenal-me.
The me that doesn’t seem to get hurt by
anything. For me everyone is phenomenal
at something in their life. Smart at something. You
gave me something I’ve never forgotten.
Life. Freedom. I met this Catholic nun at
Tara. She was in her eighties. There for the
same reason I was. She was depressed.

Her brother was the curator of a museum
in Germany. She still had the German-
accent after living for most of her adult
life in South Africa. After supper at 5 o’
clock we would go for a long walk. You’re
like that nun to me. She (like you) gave
me a new lease on life. She taught me
how to live again after coming out of another
long depression. Now, I rinse the grains of
rice clear. So focused on what I am doing
and I wonder if you perhaps are doing
the same thing. I rinse the rice under the
cold-water tap, and I want to tell you this (but

you’re so far away). That you’re an amazing
poet and that you your life inspires me.

DOMINICA AND JEAN RHYS
(A series of experimental haiku)

Dancer in the dark –
howling wind across London’s-psychoanalysis. Naked-under-moonlight.
Extra in a film.

She’s come undone –
lungs of the films-of-her-time and literature
with the seasons.

(wolfish) heroic damsel –
she found herself in Paris wrote-there and-had-a-baby (with her
gold) laughing eyes.

Crowned Dostoyevsky –
(inside her blood-stream) There’s no busy-structure to its
photosynthesis.

(somehow, she made) loneliness sacred –
she wanted someone to kiss (to hold and cherish)
the-education of birth and death (in her arms).

God-made-anthropologist –
talking about love as if it were a mountain-sun-and-orphanage.
God made Rhys awesome.

There’s only one road –
angel-perfected in youth. The autumn-day she became-exceptional.
There it was. Rapture.

Years flow like water (cathedrals) –
alone on the other side-of-the-world.
The sound of tears to-guide-her.

Close the door –
on girls in their school skirts and-summer-blouses in another-world.
gold laughing eyes.

Man lying in her-arms (showers of laughter) –
lightyears away from the sun. (The-stillness-of-leaflets-in-his-hands.)
The summer-flames above him.

Families move home (like a river) –
He’s a stranger here. Doesn’t belong. (he’s man. He’s flesh)
so, he just walks away-without turning around.
.
His life beat finds its-rhythm –
green ghosts turn into shrouds at-night (while)
he eats a sandwich on a bench.

Daylight overflows (but it doesn’t frighten him)–
Feeds crumbs to the ducks. Reads a-book (there’s living in that)
He finds peace in taking-flight.

(he) wonders when he’ll go-home –
He watches fathers-with-their-sons. Boats on the pond (the day is cold
everywhere) but people are out.

Thinks of tigers and-lions –
He thinks of the English-landscape. His future-wife.
Making love to her

or to that stranger. (That-woman) –
thinks of his future-children. Future sons.
The crooked-gift-of his writing.

Some vagrant whistles –
(and) the day has made room for him. (it’s a summer evening now).
He wonders if he (passes for a vagrant).

He can’t get used to-these-English-beasts –
with the memory of an-elephant (the lean build of a poet. Artist’s fingers)
he’s a young lion (drinking tea).

You’re brave mountain grass –
You have a future filled with instinct.
Your purpose sacred.

Rereading the-astonishing –
Sleep tight under London skies (words are supposed to be touching).
I peel your poems back.

Falling sun-flying-high. Thunder –
in my hands I hold the cold (and in yours)
there’s tapestry.

The aroma of rest (in your arms) –
The-life. Created holiness (of you found there)
in the self-defined skies.

When the night is ready-for-you –
in moonlight wails sacred bird (in another life)
perhaps you’re that bird.

You’re created in buzz-and-motion –
(Flicker) flying high in those self-defined skies.
I bow at your half-words.

My bleak truth for yours –
in this bold world you’re gold (forehead pale)
feet. Hands made from clay.

By the grace of God –
Instead-of-waiting for the end of the world (you’re)
song at summer’s end.

Divided shadows –
This strange gladness. Tender. Wise (I forget the voices inside my head)
the apparition.

On the verge of cracking-up –
I don’t see you in the morning (I don’t get to cherish you).
I am not the one.

Your tongue is a flame –
Face-a-mask-of concentration. Focus. (accept this tribute)
I wrote this heartfelt.

Why Africa Did Not Die In Biafra: An Essay by Nnamdi Uzuegbu

A Bridge Passing Under Many Waters: Poems by Ololade Adewuyi

E.E. Sule: A Burden to Get it Right

Waiting For My Shot at the Big Time: Fiction by Abigail George