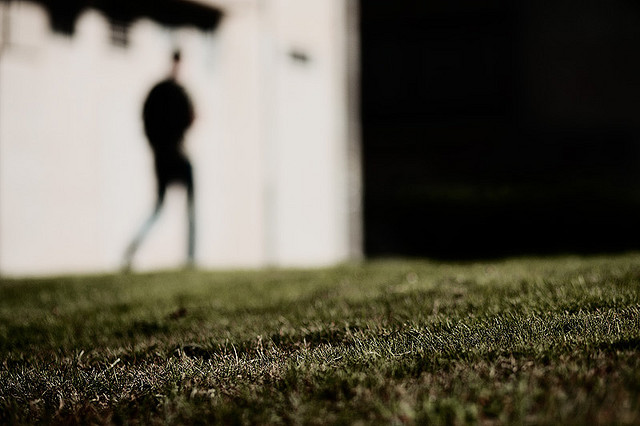 The traditions of yesterday are transforming to become
The tragedies of tomorrow…The apocalyptic predictions
Of historians can sometimes become true
Paranoid prophecies of pain.
Terror as territory for treason and tears…
In today’s world, where only the paranoid survive
I am motivated to believe that, the second coming of the Fuhrer
Shall coincide with the excuse of history to compel my race
To repeat Hebrew History –
Oh, chronicler of mysterious voices…
Spare me the burden of my blasphemy, heresy and the sacrilege of poetry.
Give me the second chance in purgatory to prove my innocence
That I am not guilty of adulterating the purity of mankind…
I am the origin of the species,
I am the only true native
Who has not betrayed his native instincts –
Pagan or Gentile…Please tell me the truth about your anger with the world
Before you appoint me as the custodian of this human spirit
Determined to abolish Western civilization into the dark ages, with terror
Against the Twin Towers
For it is then that I can only become a world power
Of religious dogma and mysticism –
Your zealot disciples come to roast
Through the metaphor of suicide missions –
Africa my Africa…From Arabia to Azania
Your excuses of history are now overwhelming my Caucasian
And Asian neighbors
Who cares that the history of America was built on enslaved shoulders?
Of my predecessors and with black gold from desert wells –
The mind of the world is mute to my cry…’Cause, I have lost
My audience in the arena of civil complaint,
To justify my need for public attention –
Oh, learn how to conquer the world, silently
By first conquering yourself…And deny the world the secret
To the silent music and mysterious power of your creed –
Only then shall the world pay attention to you in meditative pose.
The sacred chanting of terror is futile to seize the conscience of the earth,
In the afterglow of each sermon at dawn,
Striving to change the world by the alchemy of fear –

Exile is a resting place for those who
Left behind the shadows of ancient strife,
Of modern debt and the tedium of colonial myths –
They dance in realms of fairy tales to feel alive
In their restless sleep –
I have no memory of the past
Without reliving the moments of detention
Resident alien and prisoner of my dreams –
The African globe is so big now,
I can hardly wrap my arms
Around the sphere of my imagination
To conjure my magic of creating theatre
Out of empty air –
Who knew that things will come to an end?
To allow places that we once called home to become
Caves of fear within the quagmires of debt?
My world has shifted and dislocated the legs beneath
My dreams –
The city that I once called home is homeless
Without me, and my world has been overrun by strangers
From all over the world –
Home is now a point of departure, a place of memory
A palace built on the wings of imagination
And a fictional house of petals in my dreams –
So I keep on searching for a new resting place;
Now the last frontier of the Western World –
Where I can breathe again – But my lungs still contract
They only expand when I remember my recent fears
And when I sleep, my eyes stay open
They only shut when I remember I was once dead.
Exile then becomes a metaphor of death
And the life you create is because you are born again.
Where back waters are fresh,
Kangaroos graze like cattle
Aboriginal landscape without limits
Serene Seas in the kingdom of fossils
So the night freezes over, at a time
When the world is steaming in the heat of summer –
I learn how to re-enter the past through the doors of imagination
Looking forward through my rear view mirrors into the future –
Exile has become a gathering place for those
That left their second home, for exile a second time –
This in my sleep has become the magic, of exiling exiles…
All over again –

I never finish anything I start…
My life has been an unending story
Of fits and starts and I fly too high
Melting my feathers
Dropping down like a bird
Without my wings –
But my flight has brought me to
The last capital at the end of the world
Watching the fountain of hope glittering with dreams
And an aboriginal flag waving in the wind –
So I must live to finish what I promised myself
I’ll do.
Write a novel to justify my life
Publish my poems to forgive myself.
Seeing my children grow before my eyes
Helps me to understand why I am not yet finished.
This world is not made to succumb to the conquerors’ sword
Nor can the avarice of men swallow the world.
We live for a season, however flimsy
And the dictator’s whim is eventually tarnished
By the unseen hand of death –
Whatever I start but couldn’t finish
I can complete in my dreams when I am gone.
So, I pray for a miracle in my sleep
“Let me dream my life all over again”
Like a fairy tale for Kings and Queens
Sipping wine, hoarding gold and counting cash.
This vain earth is but a lesson in futility, fraught
With the ambivalent sorrow of despair and nostalgia –
But a happy dream is worth all the while
Of why we live – if only for the smile of a passing moon
I will finish what I can and let go of the rest, for…
Every night is an end to each day and the beginning of a dream.
So, as I sleep I will learn how to see my life,
Not as an end in itself, but a means to an end yet to be seen.

Daughter of two worlds, sister to two brothers
I have come to see the lioness and the lamp in you
And watched how you fight your way through the
Dichotomy of your life, living and learning to love two fathers
Father by blood, father by marriage…
How do you see yourself through their jealous eyes?
Of the four man who love you with fierce faith and pride
Condemned to be defiant to be free in spite of yourself –
You live alone in your own imagined world of many characters
Seeking to be center stage for the attention of the world –
Oh, how does it feel to be in love with two worlds at the same time?
Of Melbourne and Canberra, of America and Australia
Sightseeing around the world before you were eight
And feeling trapped in the mind’s cage of your own room.
Do not sleep, walk your way in the night into the future
Playing hide and seek with your nightmares and dreams
Wondering why…why…why…why…the world
Is not the way you want it to be and fair to you?
Self-worth is centered in knowing how deep is your love –
For the self and the world
Blame not your mother and cry by night
For being an innocent seed of a broken love…
For mothers give birth regardless of the father
And you shall know the truth when it is time to know…
All questions are answered in their own due time…
Sooner or later…fathers are just men like your brothers
Who are there to love you in spite of yourself –
Be loyal to none nor love one against the other
For jealous men are like grapes of wrath and like
Thorns around scented roses…
So tread gently and sweetly
Into the night and give unto father by blood what must be given…
And to father by marriage what is equally due.
Your brothers shall compete for your love always
After your two fathers are long gone into the end of their lives
Your way of loving your brothers and their love for you
Shall be defined by how you loved their fathers today.
Sleep well, daughter of two worlds…smile out to your self
And see how far you can reach to the top
On the firm shoulders of four men who will love you
For better or for worse and till death do us part –

Night on a Canberra day is pristine and proper
In the minimal lights that illuminates the City.
But I see the magic of the Aboriginal dance
In the imagination of the past…and
Life begins to move fast in the once sleepy Capital
Leaving caution behind the circles that surround the City –
The Black Mountains are fading and the kangaroos vanish
Into the silence of an invisible country –

Australia is awaking to its glory and the world
Awaits a miracle at Beaconsfield…on my way to Hamilton
I am mesmerized at my age, by the open country…waiting
For a moment in time when solitude will be my only friend –
There are bridges in Canberra that lead into a circle
That surrounds an imagined City of Hope
Flanked by suburbs with names you cannot pronounce
But like a garden with native plants and imported species
It blends into a botanical landscape of beauty, against
The brilliant leaves that enchant the parks…

Autumn is for the festival of leaves that transforms
The City into a golden carpet of quiet secrets,
And it meanders from one point of delight and vanishes
Into a mirage beyond the Capital Territory of aboriginal myths –
The surrounding hills of South Wales become barren
In the absence of Canberra…the Blue Mountains are empty
So I am at home by the end of the long working day, dreaming
Of flowers in the garden, before I sleep…

Canberra has a silent language we all understand.
It is our memory of lost homes, tribes and countries.
And we come here to converge in an oasis we call Canberra
City of many faces, Capital of many countries
Territory of a myriad dreams…I sit like an invisible sorcerer
At the multi-cultural crossroads of the past and future –
And watch immigrants learning how to speak English
Murmuring to themselves, the trauma of exile and loss –
Each immigrant has a story, a smile and a secret to share.
Canberra is the invisible country of migrants
Without a country –
Dreamers without a home –
But I am here amongst friends and family, waiting
For the second chapter of a life, imagining dreams –