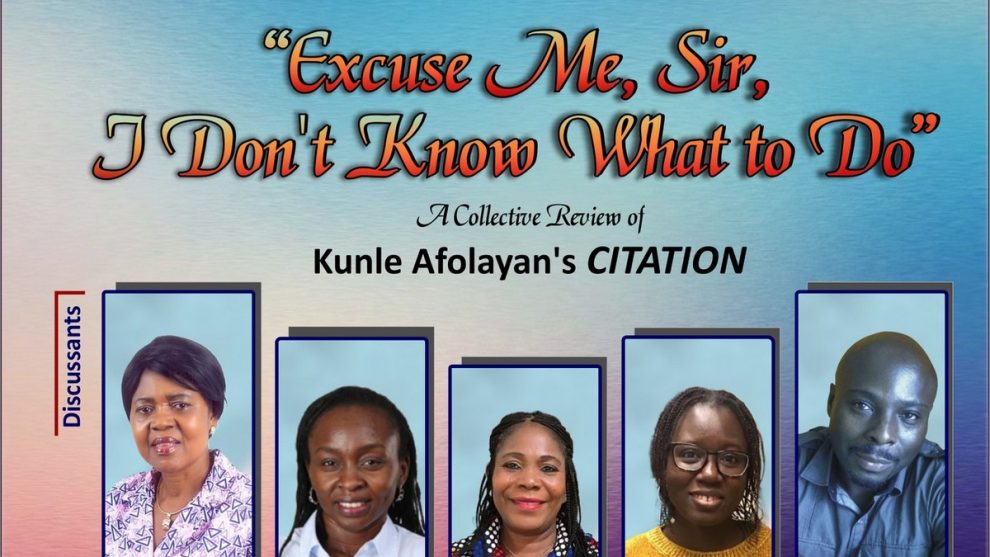 Only a little over a year ago, BBC Africa Eye released a damning documentary about sexual harassment in some West African universities. The documentary ignited widespread passionate denunciation of sexual harassment and, particularly, abuse of power in institutions of higher learning in Africa. This issue has been the subject of many African cultural productions. One example is the music “Mr. Lecturer” by Nigerian rapper Eedris Abdulkareem, from which we have derived the title of this review forum. Like its artistic predecessors, Kunle Afolayan’s latest offering, Citation, reinscribes the figure of the troubled female student under pressure to sate her male professor’s inordinate sexual desire.

Citation highlights the web of power in which female students are caught. Certainly, this web results from a patriarchal culture of violence on the female subject. The film presents a cinematic iteration of this discourse, in which Afolayan invites us to reconsider the structure of power and the complicity of knowledge in perpetuating violence on the female subject. The plot revolves around the distress of an intelligent female graduate student, Moremi, who falls prey to the sexual whims of a visiting professor. Her refusal of the professor’s sexual advances triggers an inquiry from which she emerges victorious. The film is less about the victory of one female subject over a toxic system of power than about her tortuous transnational journey to victory. “I am just a girl trying to go to school in order to attain a dream,” Moremi’s victory speech begins. “It was never my intention to become the poster face of sexual harassment on campuses…. I hope my victory serves as a clarion call for change, and I hope my victory gives a voice to the silent girls or women in all walks of life facing sexual harassment just due to their gender.”

To closely examine Moremi’s optimistic “clarion call,” we have put together this review forum. We are interested in the networks of power, knowledge, and privilege in the construction of the toxic environment in which the female subject struggles to thrive. We invite you to join us in examining these issues. 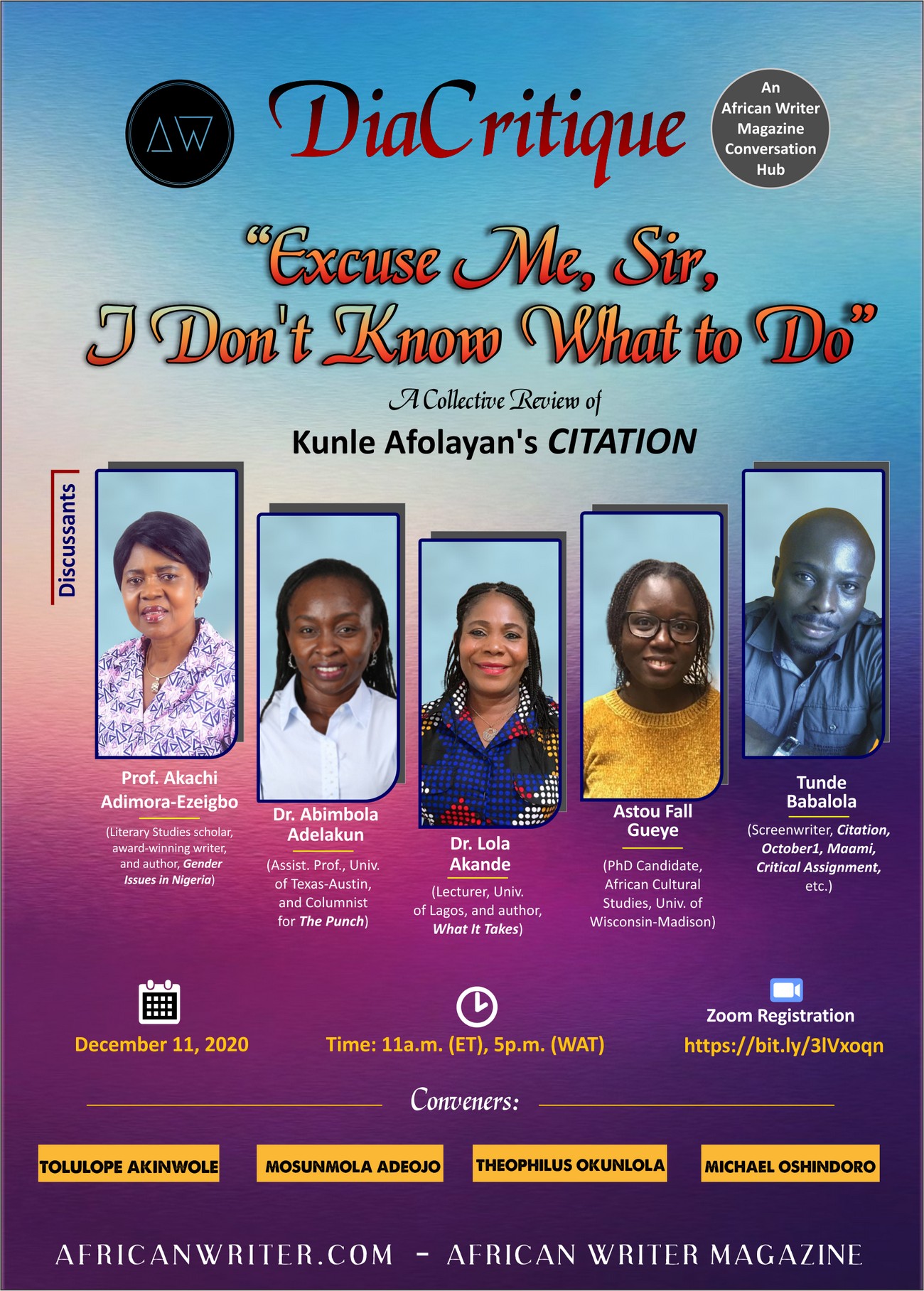 Tracing the Tail of Wisdom: Poems by Emeka ‘Akaraka’ Ogaraku

Denrele Ogunwa
We use cookies to ensure that we give you the best experience on our website. If you continue to use this site we will assume that you are okay with it.Ok