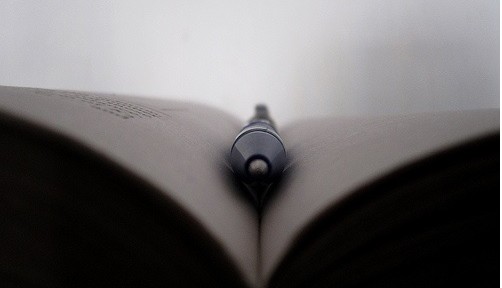 Fighting on the shores of the soul, memories, Beingness
Trying to escape angular poverty, empty books, brooks, shelves, she lives in
In subordination levels, hammering into the soul, such soul sinking oppression
The poet in her, she stinks to the moon and back
Floating her dreams in the vast deep
At her own beck and call

Poetry being her only religion, playing a dirge, the dirge a sacrament
More than wine changed into water or water into wine
Or the fish swallows Jonah, Jonah swallows the fish.
It’s a jungle of minds, her insides
Walking dead on streets, empty streets too dead for dreaming

Her eyes can see nothing anymore, only the wind
Unhurricaned wind, wild
The “too” soon of tearing, the wind parting the drapes of her mind
The wind, air’s chthonic suction, plenary in volume, in voice
Black, tickling leaves, muslin

She is a life painted by chaos
Her future is painted in a lead colour
Painting asking for a second, seconding, opinion
Screaming in the storm
Like lost beauty, the beauty she had, screaming
Bottles and pills screaming for freedom from her

Her brain matter is suffocating the space within the walls
In the prisons of her mind
Heartache flows inside her, beaten thick with despair
So sweet the despair, so good like stolen food would taste
Drowned in the depths of a cesspool
That she has created, liturgical lock nobody will unlock for her
This ocean of despair is all too consuming

Death, to be stoned, it’s a charming death for her
Let the poet in her be stoned, she tells them in her acidic liturgy
The needle is always so close to my eyes
And my mind is frozen, soaked in fearful, tearful memories
I am a mind-damaged casualty
Recollections only, of feelings
As I journey into the blended earth.