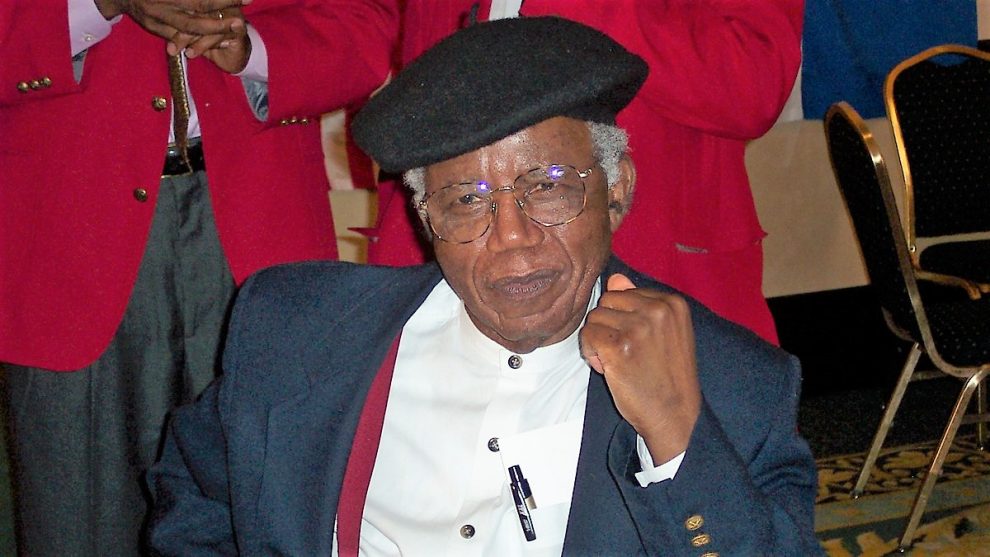 Chinua Achebe will be really missed. Not because of Things Fall Apart or Anthills of Savannah, but because of his literacy efforts. He wrote many words of wisdom during his illustrious career. These should not be forgotten.

He wrote: “If you want to plunder your neighbor’s house, first hire a good storyteller.” He was right. What does the storyteller do? He diligently spreads false narratives. We have seen it happen several times with colonialism, apartheid, imperialism and now neo-colonialism. Kwame Nkrumah was supposed to be an evil dictator. Nelson Mandela was dubbed a terrorist. We all know what happened to Saddam Hussein and his weapons of mass destruction. And we all know what happened to Muammar Gaddafi, who was before his demise feted in European capitals.

There are many lessons we can still learn. Lesson one: for Africa to succeed, we need our own storytellers, lest we are plundered over and over again. It looks the African story will continue to be distorted until the continent develops its own media resources strong enough to be heard – its own Al Jazeera, in both broadcast and print media. At the moment, “hyenas” are circling the news of Africa’s rise.

Most of us are familiar with the hilarious anecdote of the Snake and the Toad: a toad basking by the roadside saw a snake riding a horse, coiled up in the saddle. “That is not how to ride a horse,” the toad berated the snake. “Let me show you how to do it.” The snake dutifully slithered out of the saddle while the toad climbed astride the horse, took the reins and majestically rode the horse, prancing proudly up and down. “This is how to ride a horse,” the toad said triumphantly. “Well done,” the snake said. “Now you may come down.” The snake crawled back into the saddle, and rode away in its usual manner. On its way it looked back and advised the toad, “…to have is better than to know. What is the value of fine horsemanship without a horse?”

Lesson two: Africa’s big brains should roll up their sleeves and get on to the factory floor. It is only by making, creating and innovating that Africa will succeed big. Meetings to plan meetings, endless conferences, summits, workshops, talk shows and retreats have a limited use in 21st century Africa. They generally do not put food on the table. It’s time to spend more time converting ideas into conglomerates that produce world-class goods and services, sold to the whole world at the right price.

Lesson three: to have a real impact one has to be in Africa with Africans. The Developed World where we seek comfort is as such because they had no choice to seek refuge but to stay and fix their societies when things went awry. One can hardly alleviate poverty, illiteracy or develop infrastructure remotely. Africa’s problems are deep rooted and will only be solved collectively by entrepreneurs, engineers, technocrats, lawyers, farmers and doctors who are here on African soil.  The battles need foot soldiers. Ironically, the most Diaspora do, is tweet and complain about what ails their motherland to little consequence.

Admittedly, the Diaspora outside the grid supports their families. Many students have been educated and homes built on remittances. However, the problem with this type of financial aid is that it creates dependency which can have the effect of disempowering communities. So the clarion call to the Diaspora is that this is our continent and this is their time. Who will lead Kenya into the next generation of prosperity, peace and progress if not you? It cannot possibly be done from without. Kenya in particular needs her best brains to raise her by her bootstraps. The fierce urgency of now beckons. True fine horsemanship with a horse.

Chinua Achebe will indeed be missed.

(Oscar Okwaro Plato is an analyst with Gravio Africa. The views are his own.)