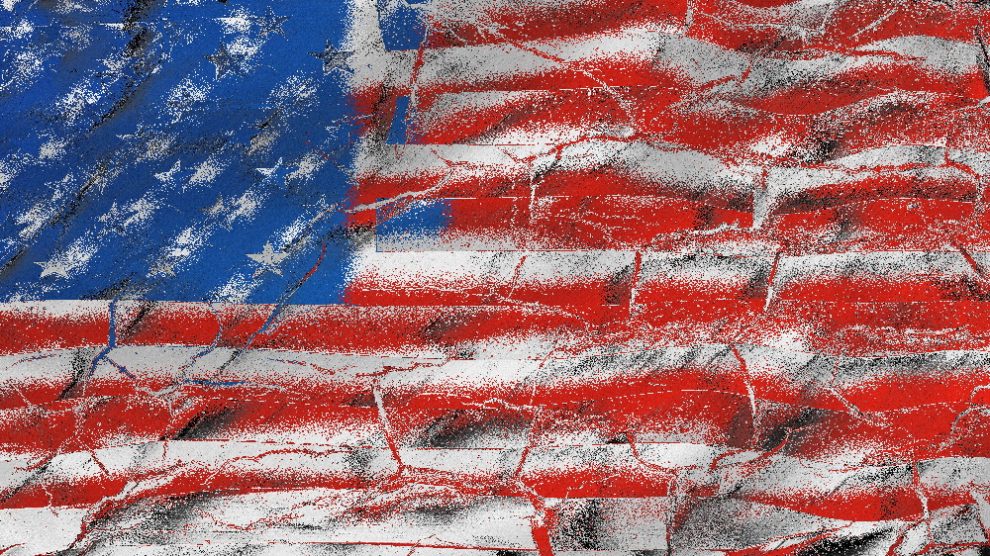 Hermes, quiet, not contrite lies
In his empty catacomb, prisoner
Of conscience –

“Hermes!” the roar of the jailer,
His bulk filling his shadow splayed
Like the wide cubit of a pillar –

Against a wall. “Git your ass up,
You son of a bitch! It is time for you
To see and feel the might of America” –

“I rise” said Hermes, “but only with
The sun. I do not set for America, for
As you now know –

He who jails me jails himself. I am
Hermes, inscrutable and wise. I neither
Sleep nor wake. I reside in the ether.”

“Ether my black ass!” roared his jailer. He
Was neither black nor white. He was
A man of color – half Afro, half Latin:

Middling: a middleman of the empire
In mid-career. But not mild in manner
Or speech: “Up, I say, you son of a bitch!”

“It is your mother’s vagina that is
A bitch, hot for the handsome Hermes –
Call my mother a bitch again –

And I will rise, and nail you to the
Cross. I sleep with one eye open
And the other telegraphed on you –

And on you is not my ire –
But a disgust; like the fierce gust of the
Wind pummeling this land from the Atlantic.

I shall not wake, or rise, until you have
Solved my riddle: what is it that is
But is not, whose symbol is “naught”?

“Yo man, Hermes, easy now!” the jailkeeper
Said: the act of contrition is a sign of the cross,
On the brow, on the lips, across the breasts.

We Americans are very polite, and
We do not talk about our mother’s vijays:
We talk about the pussy – not the cat –

Or the dude in the hat: or the taste of
The pudding. But rise, Hermes, and eat!
It is not that which enters the mouth

That kills; eat, therefore –
The berries of the morning,
And the mushrooms that sprout,

Like that pie in the sky. Eat –
The wild nuts of the palm, and press
The vine for its divine juice.

Eat, I say, Hermes –
The food of this Thanksgiving:
Cornbread, the Maple meringue

Wash it down with some koolaid,
Pressed from the tears
Of the last of the great generation,

For it could be your last meal,
Before the great commission. Surely,
You cannot lightly disregard –

This bounty of our American table
Offered to civilize your savage tongue
And tame your guts after a fashion.”

A fine bowl of the yams pounded
To appropriate sweat; a soup of the
Okazi, or the Ofe-Owerre cooked

In the slow, majestic flame
Of the breadfruit Wood. Let there be
The freshwater fish of the Kalabari,

And the periwinkles, and –
The spice of the uda:
Bring near a good Jar of the white

Drip of the palm, and God himself,
Is a glutton.” And I kindle the passionate
Flame of America’s heart: the jazz –

And rap of enslaved rhymes,
The rhinestones glaring like the fierce
Tiger’s eyes; the green swell of watermelons.

These gifts we bring to America: our
Culinary geographies, the poetry of our
Steps, and the spicy accents of our tongues.

And my broad African nostrils that can
Smell, the hogwash in the high noon of
An American civilization. The rest of me

She has taken by force –
By the long reach of her arms she has
Embraced me, prodigal of another land.

I too am American: I have loved her like
A hungry lover shagging Princess Dianna,
The tragic rose of England.

We Americans are “fucklicants,” by my word:
A “fucker” and a “licker” of the cants of
Advertisers, advertising the adversities of –

Adverse Africa, and other god-forsaken
Lands, across the great swell where the
Sun has dried up the mind of her children.

But I have loved America, the great ‘ho
Of Babylon, who dispenses her favors to her
Consorts from every land. Her children from

Many fathers, slave and free, immigrant
And colonizer, swell her markets, and the
Darkest streets of her habitation.

They are the veterans of Korea and Vietnam,
And Afghanistan. They are now swelling
Like the thrush of fireflies on the streets of –

Lagos, and Kinshasha, and Mombasa selling
The milk of kindness and the leaven of
Charity: the bible is no longer enough, for –

We have long seen the face of her Albino god.
He has journeyed with Ostanes, to introduce,
The most monstrous of crafts. The trickery –

Of Democritus, the chosen
From among the people,
Has come like the fierce Sudanese

Cheetah, with his claws,
To maul the people.

We conjure the terrifying horde –
Of the Fulani herdsmen,
Burning the land, ready to wash their palms –

In the legendary river. Then came
The Owu farmer, proof that God –
Is either not the perfect artist –

Or he has a weird sense of humor.
For how could he burden
One face, with so much ugliness?

And yet the head that wears the mask
Carries a kettle boiling with mischief,
And his belly, a pot full of ewa-agoyin:

And Aesop, the blacksmith
Of cunning, is reborn to us as the son
Of the Owu rustics. God –

Still full of Palmwine gave him the
Same face of a fool, and the guile of the
Raptor; the fortitude of the mule-

The obstinate ram follows –
Only the fodder and the lure
Of the she-goat in heat.

He has spiked, many a mound,
For errant seedlings of the yam,
And spared not even the brides

Of his young ewes. He pours
His wine now from the obsidian cup.
& I, Hermes, I came to America,

In that year of the ram –
Running, from the Imam’s
Ferocious glare. Winged boy, I am –

A thousand furlongs –
And skybound, to Gotham.
And there was great hunger that year,

In all of Africa. And the towncriers
Had gone abroad, with great summons
To all the people, to gather –

At the great council of the land,
In Addis-Ababa, to find the roots
Of such great Suffering –

From the famine, and the hand
To mouth disease: scorched
Hydrangea –

The yellow fronds sprouting where
Should sprout the nuts, and its yield
Dry, and hungry then, the mouth of

The gourd: neither wine nor fruits
Yields the palm, nor the yellow moon,
Her promise of a birth: and so –

They came to the summit of
The land, from the north and south,
And from Cape to Cairo. But –

Not I, Hermes – I said to the swallows –
Dressed in their fineries, and ready to
Fly as the flight of the crow to the gathering

In Addis: Not I –
But go, my kinsmen, and my hands
And feet shall be bound, by all your talk.

I shall go first, to find reprieve for
My stomach harassed by the bailiff,
For a long debt owed.
———————–
Poem © Obi Nwakanma
Image by Mediamodifier from Pixabay (modified)

Obi Nwakanma teaches English and Creative Writing at the University of Central Florida. He is the author of The Horseman and Other Poems and Thirsting for Sunlight, a biography of the poet Christopher Okigbo, whose life was tragically cut short by the Biafran War. Nwakanma was awarded the ANA/Cadbury Prize for his first collection of poetry, The Roped Urn.

The Twist: A Short Story by Segun Akinyode

I Am Still Eager: Poems by Uduma Kalu

Why my Grandfather’s Sister Cried: Fiction by Pemphero Mphande

Past Perfect: Poems by Dele Afolabi