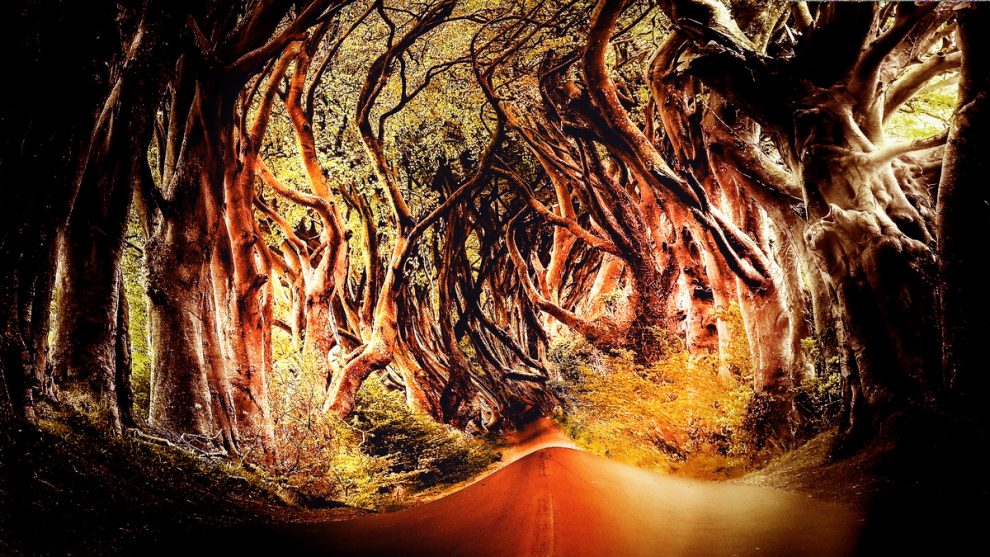 On the Heels of Running Dogs

Atiba, who will speak for the gods?
A con stole the sphere when the days were blind,
We walked inside the lines, they narrowed our mind,
Mother discerned the scam, it abided amongst the worms on the bulge of her eyes
Even as they ate out the lights, her tongue held unto it’s palate like a bride
Atiba, the hounds would not howl at the sight of familiar ghosts.

Father walked the paths of the initiates,
Once upon the blaze of a bonfire, I asked if he ever saw a god
He said they live farther than the sun, close like a skin, and still flow inside of us like blood,
Feasting upon the remnants of the pasts of ordinary men in the form of libations and sacrifices,
At dusk? they jolly in the company of vultures, hugging your mother’s bones.
But Atiba, I think the gods are men who have forgotten how to live or die,
So they lost themselves amid barren trees in the heart of the market place,
Seeking life in the chatters of women while they bear the sempiternal screechings of spirits that roam in the wind.

Give me the wealth in the ocean, the westerners already built roads upon the waters
Don’t just stay awake in my sleep, reminding me of fuzzy paths that drain into jilted shrines.
“Just stay dead”, Every night I would bawl from my dream;
“And don’t show me tricks to the masquerade dance, it’s a bit out of style”.

Oh Atiba, were you not present at that ceremony?
When two hundred deities gathered to make divinations for the mountains
Saying he shall see the last of the seas,
But the white men came with their Bible and a hammer,
The Stones crumbled chip by chip, the gods followed closely.
—————

Image by DarkmoonArt_de from Pixabay (modified)

I am Abejide Michael Ayodeji, I am a Pharmacist and an active freelancer. I see poetry as a gene inside of me, embedded deep inside my DNA and I would have to express it one way or the other. I write from Abuja, Nigeria.

The Geography of Memory: Fiction by Kabu Okai-Davies

Godwin Uche Uwadilachi: How to Light a Candle

A Game for Heroes…If You Believe the Hype