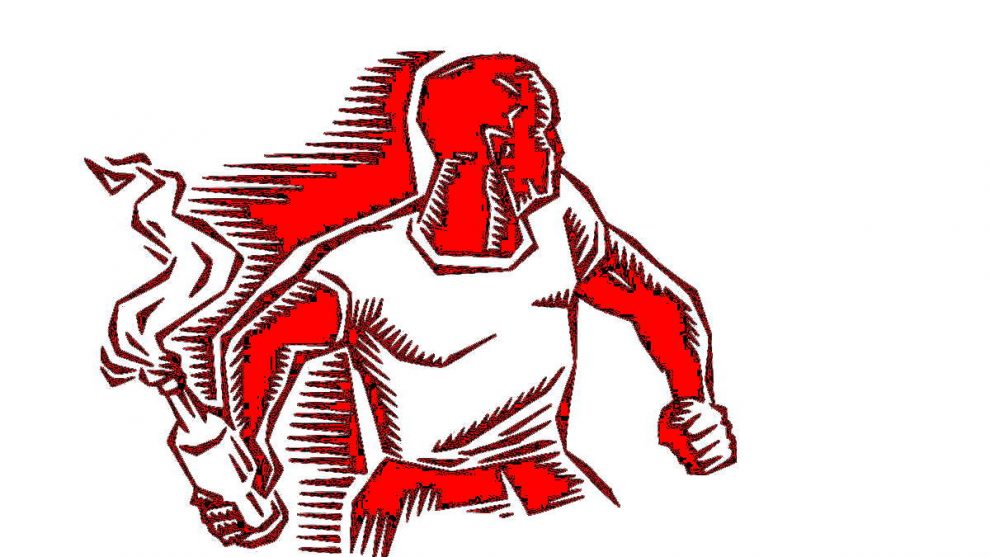 I was born five years before the death of James Baldwin. My father, Dr. Tanko Benson, a university lecturer, had worshipped James to the point of idolatry. He taught James Baldwin’s essays, poems and novels to his students, and made references to the man’s statements at every point he could. In everything he did, he found an allusion to James Baldwin. On the day James Baldwin died, mother told me that father wailed loudly. The end of that exercise was a rechristening. I was named James. James Baldwin decorated my father’s writings, too, and he would write in deep flowery words about how James Baldwin was the truest black American that ever lived. He would pit James Baldwin and James Brown whom he thought was a sheer disgrace to Africanism, what with his “crazy songs and wild dances.” My father was, by rule, a man of peace, and so he naturally hated Malcolm X whose being he summed up in one word, “rascal.”

“James should be the president of Africa!” he would exclaim in discussions with his friends who made it a ritual to come around from the campus to our house on the high-rise to drink white wine and eat mother’s special abacha and ugba every Sunday. Professor Agwu was one of father’s best friends and a regular Sunday visitor to our home. Then, I saw him as a black mountain of a man who kept his beard and moustache unshaven and “everywhere.” Later on, I would learn he was once the head of father’s History department. Mother would say scornfully when the men could not hear that he was lucky he still taught at the university, that he did things with students which brought a definite slap to the face of the school. Fifteen years later, when, by father’s influence, I became a student in the department of History and Strategic Studies in the school, I would understand that Professor Agwu liked boys and was caught in an inevitable scandal. He was stripped of his position as HOD but, helped by top-tier political maneuvers, kept in the system to keep teaching. Dr. Agwu had a large voice. He and father agreed on everything except father’s stance that James Baldwin was greater than Nelson Mandela.

“Man, you know they are two different people,” Professor Agwu would always say, sipping white wine, the shiny liquid leaving a stain on his beard. “James Baldwin is an intellectual, yes, but Mandela is a great politician. One of the greatest to ever touch Africa’s soil. He’s a blessing to Africa.”

“Stop talking like a bloody Malcolm X. Accept my stand the way it is. James Baldwin,” he said, stroking my head as I sat beside him in the large sitting room, as though I was the deified Negro writer himself, “is my president. Take it or leave it.” He won the argument. Father always won arguments from the sheer force of his belief and the bragging rights that he was fighting on home soil. I guess mother’s abacha would have been too big a meal to miss if they kept arguing, and so they naturally agreed. In the end, James Baldwin always ended up the president of Africa, and, depending on the angle of my father’s emotions, oftentimes of the world, too.

In only three hours into my hold up of the university with other student union leaders, I got word that fourteen students and one lecturer who I didn’t know had been confirmed dead or trampled underfoot already. The air was thick with juvenile carnage, and the rain would not stop falling. It fell heavily, testifying its presence to what was going on, to our battle with the corrupt university. In the place of placards in hands were cutlasses and sharp sticks. We were not criminals, I thought to myself as I held the school gate, my shirt bloodied. Was it my blood? I couldn’t tell. We were only active visionaries proving our point against what we thought was a system built on lies. Adrenaline pumped through me. We are not criminals. But the world wouldn’t listen to us after this. We had passed the lines. We couldn’t go back. I could feel myself collapsing under the weight of the moment. No, we could not go back. Aluta continua!

James. I heard my name from a distance. I looked forward and saw him on the crowd. He was held airborne by a group of the students. My first impulse was to tell them, “This is my father. Let him go.” I was the students’ supreme leader. They would have obeyed, quickly, with no word of protest. Rather, I felt my wet hands grip the gate tightly as I saw my father mouth the old words. He was wrong this time. I could never be the president of Africa.

Image by OpenClipart-Vectors from Pixabay (modified)

Nzube Harry Nlebedim is a Nigerian fiction writer, dramatist, poet, critic and editor. He holds a BA in English Literature from the University of Lagos. He has been published widely online on Kalahari Review, African Bard, Liberation Now and The Shuttle. His novella, A Cry Within, was longlisted for the 2018 Quramo Writers' Prize. In 2017, his short story came third in the Ecuador-Nigeria Young Writers' Short Story Award and was translated and published in the binational anthology. Currently, he is the editor of The Shallow Tales Review, an online magazine which he founded in August 2019 that publishes African content. He lives in Lagos, Nigeria.

A Lifetime Under the African Sky: A Poem by Carol Basudde

Did I Not Tell You My Story? Fiction by Lausdeus Otito Chiegboka

Bomi Ehimony
We use cookies to ensure that we give you the best experience on our website. If you continue to use this site we will assume that you are okay with it.Ok